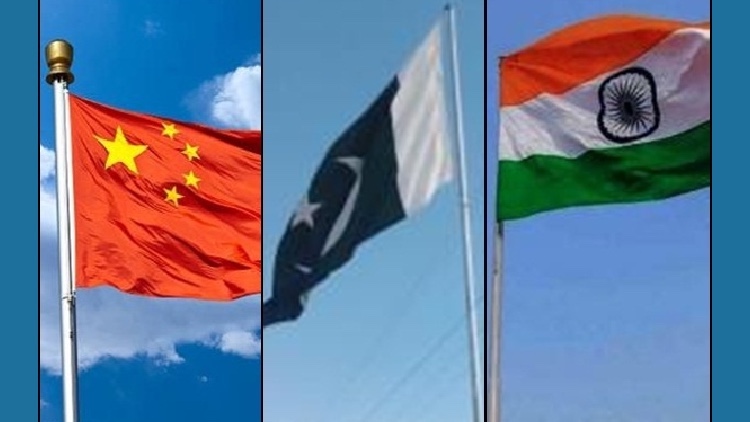 India has denounced Pakistan's efforts to defend China's persecution of its Muslim minority by attacking New Delhi with "false and malicious propaganda."

"We condemned the abuse of a UN platform by Pakistan to propagate its false and malicious propaganda against my country, we dismiss and condemn all such efforts with the contempt they deserve," an Indian delegate said on Thursday at a meeting of the General Assembly committee on social and humanitarian affairs.

After a group of 43 countries led by France and the US made a scorching criticism of China's treatment of its Uyghur Muslim minority, Pakistan picked up the cudgel on behalf of Beijing.

Speaking on behalf of the group that included Turkey and countries from all the continents, France's Permanent Representative Nicolas de Riviere called attention to the "widespread and systematic human rights violations, including reports documenting torture or cruel, inhuman and degrading treatment or punishment, forced sterilisation, sexual and gender-based violence, and forced separation of children".

"There are severe restrictions on freedom of religion or belief and the freedoms of movement, association and expression as well as on Uyghur culture," he said. India was not among the 43 countries that signed on to the statement. But rushing to Beijing's defence, the Pakistan mission's Counsellor Saima Saleem praised the treatment of the minorities by China as a "model of inclusive development, social protection, equal treatment and protection of ethnic and religious minorities".

She then launched a diversionary attack on India accusing it of "discrimination, persecution and violence as a state policy" against minorities and linked it to "RSS-BJP". Saleem made Islamabad's obligatory reference to Kashmir and also raised the Citizenship Amendment Act, which gives a fast track to citizenship for religious minorities in Muslim-majority neighbouring countries fleeing persecution in their homelands to India.

"India is a multi-religious multiethnic and multilingual country of continental proportions and is guided by the principles of democracy, pluralism and rule of law," the Indian delegate said. Replying to the abrogation of Kashmir's special constitutional status that was raised by Saleem, he said:

"The residents enjoy more freedom and fundamental rights since all Union laws now apply here. Women in particular relish greater rights and freedom than ever before."

The change in status was done to "ensure the extension of all progressive legislations to the Union Territory of Kashmir, and to resume the pace of socio-economic development", he added. Referring to a specific reference made in a report by Fernand de Varennes, the Special Rapporteur for Minority Questions, "regarding statelessness", India's delegate said:

"We are disappointed that this issue has been wrongly, and repeatedly linked to the issue of minority rights. Minorities in India enjoy fundamental rights enshrined in the Constitution."

The discussions in the panel known as the Third Committee showed the growing influence of China through its web of financial and infrastructure programmes in developing countries came to the fore as over 60 countries headed by Cuba jointly made a statement in defence of Beijing against charges of human rights violations and the persecution of Uyghur Muslims.

The countries that made individual statements supporting Beijing that sounded like a roll call of those in debt to China included Sri Lanka and the Maldives and many included the renunciation of Taiwan's right to nationhood. Maldives Mission's Minister-Counsellor Eman Hussain, for example, said: "China has been an important development partner for the Maldives, and our relationship is based on mutual respect of each other's sovereignty and territorial integrity.

We, therefore, reiterate our firm commitment to the long-standing One-China policy." With 60 plus countries standing behind it, China's Permanent Representative Zhang Jun made an unusually harsh statement against the "US and a few other countries" that had raised the Uyghur issue: "Your days of bullying and oppressing developing countries are long gone."

His rhetoric was a measure of China's growing belligerence to the West and President Xi Jinping's projection of his ambitions for the country. He declared, "China's progress is unstoppable".

Zhang accused the US of attempting to cover up its own human rights failings like the "genocide" of Native Americans, the police atrocities against African Americans and the deaths of hundreds of thousands of Muslim civilians in the Middle East and Central Asia, as well as the recent Afghanistan debacle.

Some countries did not take up China's cause but approached it as a matter of the UN staying out of the internal affairs of countries. Kuwait, Oman and Qatar, for example, said that human rights issues should be discussed in a "constructive, transparent, non-selective and nonpoliticised," manner and "respect the sovereignty of states and not interfere in their internal affairs".