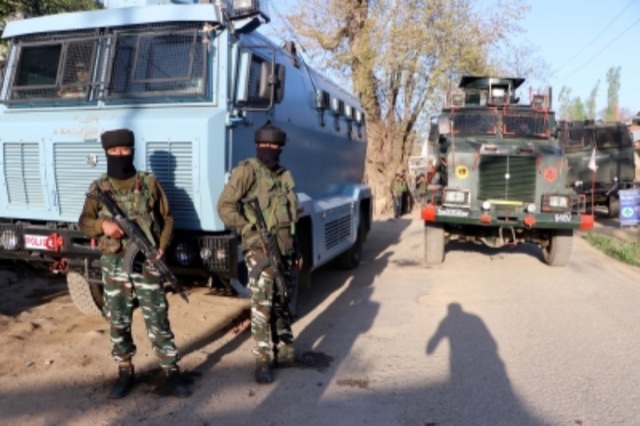 The two terrorists killed in a gunfight with the security forces in the Mirhama area of South Kashmir's Kulgam district have been identified as Pakistani nationals belonging to the proscribed Jaish-e-Mohammed, officials said on Sunday.

"The killed JeM terrorists have been identified as Sultan Pathan and Zabiullah, both residents of Pakistan. "They were categorised terrorists and active since year 2018 in the areas of Kulgam-Shopian districts," the Jammu and Kashmir Police quoting Inspector General Police Kashmir zone Vijay Kumar tweeted.

Police said based on specific input generated by the Kulgam police regarding the presence of terrorists in the Mirhama area of Kulgam, a joint cordon and search operation was launched by the police and Army.

During the search operation, as the security team proceeded towards the suspected spot, the hiding terrorists fired indiscriminately upon them which was retaliated effectively leading to the encounter.

Incriminating materials, arms and ammunition, including two AK rifles, seven AK magazines and nine grenades were recovered from their possession.