Monsoon Session to commence from today 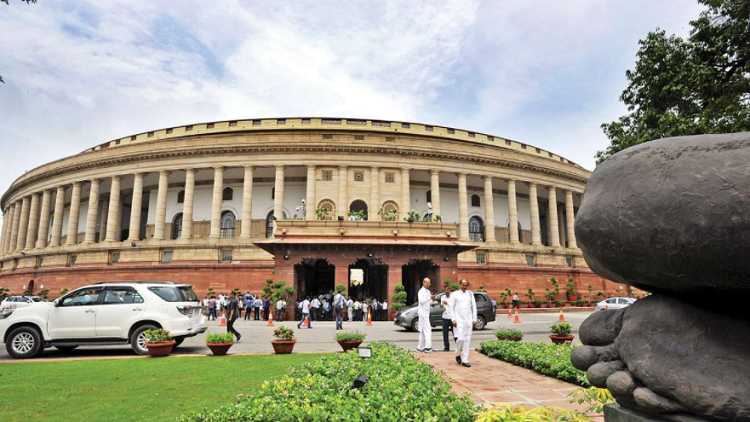 The Parliament is all set to witness a confrontation between the government and the Opposition over raging issues of the COVID-19 pandemic, farmers' protest, fuel prices hike and vaccination strategy as its monsoon session will start from today.

Rajya Sabha press communique stated that President Ram Nath Kovind has summoned the House to meet on July 19 and the session will continue till August 13.

This will be the first session of parliament since the results of assembly polls in Assam, West Bengal, Tamil Nadu, Kerala and Puducherry.

Last year, the monsoon session began in September and the winter session was not held due to the COVID-19 situation.

According to the Ministry of Parliamentary Affairs, during the 19 sittings of the session, 31 Government business items including 29 Bills and 2 financial items will be taken up. Six bills will be brought to replace the ordinances.

Lok Sabha will meet from 11 am to 1 pm and from 2 pm to 6 pm unless directed otherwise by Speaker Om Birla. Four days have been allotted for the transaction of private members business, which is taken up in the post-lunch session.

The Speaker has also allocated days for answering questions by ministers in the rotational order.

After the all-party meeting held at the Parliament on Sunday, Prime Minister Narendra Modi had said he looks forward to a productive session where all issues can be debated as well as discussed in a constructive manner.

More than 40 leaders from 33 parties attended the all-party meeting held at the Parliament.

The Opposition has geared up to corner the BJP-led NDA government on a range of issues including price rise, increasing cost of diesel and petrol and issues related to tackling the COVID-19 pandemic.

Leader of Opposition in Rajya Sabha Mallikarjun Kharge on Sunday said they proposed to discuss the issues of inflation, poverty and COVID crisis in the house in front of Chairman Venkaiah Naidu who said that an opportunity will be given for discussions.

"Around 16-17 issues like inflation, poverty, COVID crisis were kept in front of Venkaiah Naidu in the meeting. He has said that an opportunity will be given to discuss this. But we will get to know about it only when the issues arise," Kharge had told media.

Earlier, Vice President of India and Rajya Sabha Chairman Naidu had chaired a meeting of leaders of various parties in the Rajya Sabha ahead of the monsoon session.

Naidu had said, "A dysfunctional Parliament adds to the prevailing gloom and hence, all sections of the House should ensure a smooth and productive session as it offers an opportunity to address the concerns of the people affected by COVID-19."

Lok Sabha Speaker Om Birla had said the House represents the collective will and aspirations of the country and all members will be given adequate opportunities to express their views within decorum and rules.

Om Birla chaired an all-party meeting at the Parliament Library Building on Sunday.

Speaking to media persons, Birla had said the House belongs to all the members and he will give all of them ample opportunities, including members from smaller parties and single-member parties, to participate in the proceedings so that more and more issues of public interest can be discussed.

He had added that extensive arrangements have been made as per the COVID protocol for the safety of the members, officials and the media.

The Lok Sabha Speaker also informed that an app is being developed which will be a one-stop solution for all parliamentary matters.