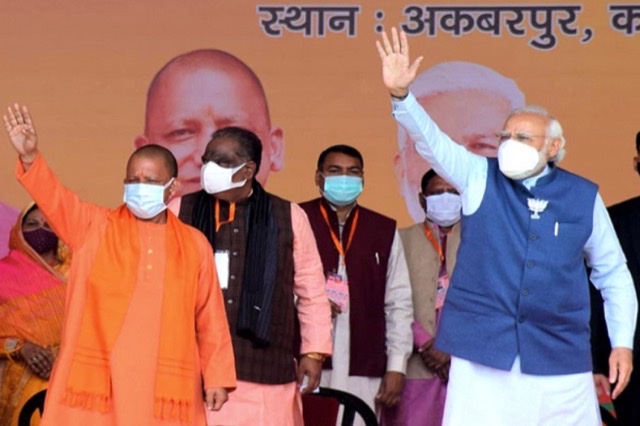 Ahead of the government formation after the poll verdict, Uttar Pradesh Chief Minister Yogi Adityanath will visit the national capital today to hold consultations with the top leadership of the Bharatiya Janata Party (BJP).

The Chief Minister is likely to discuss the dates for the swearing-in ceremony of the new government in the state along with the new Cabinet with the top brass of the BJP. Yogi will leave for the Hindon airport from Lucknow at 8 am, from where he will travel to Delhi by road.

Adityanath, a monk-turned-politician, won his first-ever Assembly election by a margin of 1,03,390 from Gorakhpur Urban constituency, defeating the Samajwadi Party candidate Subhawati Upendra Dutt Shukla, who secured 62,109 votes in the recently-concluded UP Assembly elections.

Adityanath will be the first Chief Minister in the last 37 years to return to power after completing a full term in the state.