We are open to dialogue with RSS, right-wing groups: Jamaat-e-Islami Chief Jamaat-e-Islami Hind Ameer, Syed Sadatullah Husaini speaks to Awaz-The Voice Editor-in-Chief Atir Khan on the Muslim state of affairs in India. In a candid conversation, he speaks on various contentious issues and suggests a way forward. Excerpts from the interview:

In a recent speech in Kolkata, you appealed to Muslims to bring transparency and honesty in everyday life. What did you mean by saying so?

I was speaking on the topic of what Muslims should be doing in the present circumstances and how relations between Hindus and Muslims could be improved. What I meant was that Muslims should imbibe the core values of Islam in everyday life. They should adopt the values of Islam that preach having good relations with your fellow countrymen, neighbours, irrespective of their religion. Be mindful of their rights and be honest in your business. These basic values of Islam form the identity of Muslims. If they adopt these values then they will have a good image and it will help control the feeling of hatred towards Muslims.

In today’s polarized world differences between Hindus and Muslims are growing? What solution do you have for this problem?

There are various aspects Muslims should be working on. One of the most important aspects is that they should have a dialogue with Hindus, Sikhs, Christians, and others. They should reach out to them and communicate the real preaching of Islam. People should not form a perception of Muslims and Islam through media but they should have it from Muslims.

Often the viewpoint of Muslims on important issues is misconstrued in media. But I don’t blame the entire media. There are good voices in media but a large section of media does not give the right picture of Muslims due to political influence. This is quite dangerous.

This is one of the biggest reasons for misconceptions and mistrust. Inter-community interactions should be encouraged. Formal methods of communication should be used but the character of Muslims is also a way of communication. So, Muslims should communicate in the right position on various issues. 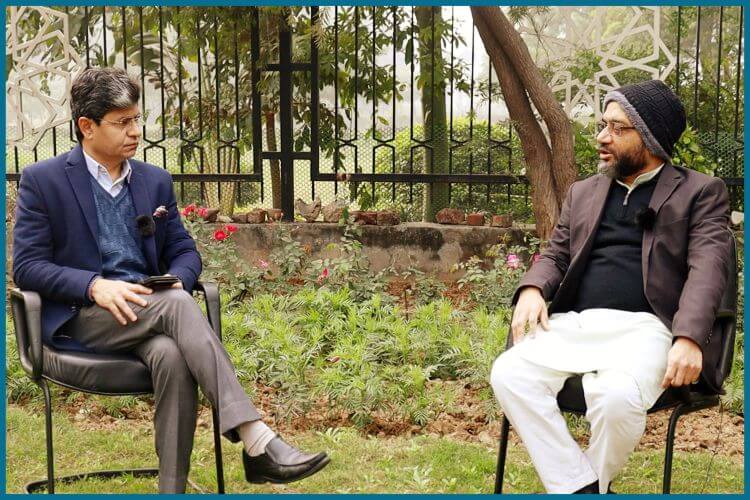 Jamaat-e-Islami and RSS were sailing in the same boat during the Emergency. But eventually, the interaction and dialogue between the two stopped. What can be done to encourage meaningful discourse between the country’s two big organizations?

Jamaat Islami has always been open to dialogue and discussions. We think it is our responsibility to communicate. There have been efforts to hold discussions and debates in the past. And even today we think intellectuals in RSS and right-wing groups should understand the significance of dialogue and take initiative in this direction. Unfortunately, a small group of people believes that the political survival in this country is only through polarization and isolation of people. We need to make this small group understand and ensure that it doesn’t make the entire majority hostage of their ideas. We hope that the right-thinking people would come together for dialogue and discussions for peaceful coexistence.

During the last few years, Jamaat-e-Islami has increased its interaction with the communists. How do you see this development?

We wish to increase our interaction with all groups and would like to work on common issues with everyone. There will be differences; we have our differences with the communists as well. We do not subscribe to their worldview, economic policies, and their views on society. Our views are different. So, the views could be different. But certain common interests like peace, equality, justice, economic development of the country are universal. We are ready to work with everyone on common interests. We also interact with religious groups. There is a unit of Jamaat-e-Islami called Dharmik Janmorcha, where prominent religious leaders participate regularly.

Why does Jamaat-e-Islami always ask people to support Muslim candidates in elections? Why doesn’t it emphasize supporting a good leader?

We have our priorities. Politics is the art of choosing priorities. In elections, we have to choose the given best option. We have an order of priorities. Primarily we try that people should vote for a good candidate. Character and values should be the basis of choice. Our politics should be value-oriented. And this will only happen when there is awareness among people that they should not vote for a candidate with criminal credentials.The second priority is that we have published a manifesto that highlights the important issues confronting our country. Every candidate who accepts it will get our support and we will ask people to vote for him. In the present scenario, our third priority is that the communal forces spreading hatred in society should not win. We want those candidates who can take all the people along with them to win. They should also believe in Constitutional values. But this order of priority is not permanent. Our priorities will change with the changing situation.


Do you think Hindu-Muslim differences are more pronounced on social media; the situation on the ground is not the same?

I agree the ground situation is very different from what is projected on social media. There could be some urban areas where you find communal tension. But by and large, in this country, we have lived in harmony. Even today you find people who are tolerant and like to hear the truth. A majority of people in India are peace-loving and value justice. But social media is projecting a bad image and it has become a source of spreading hatred. It becomes a mass medium of spreading hatred.

What would be your advice to Muslims for using social media?

I wish to advise everyone and not just Muslims. People should use this media responsibly as it shapes up perception very quickly. These days, young people use social media most and if these platforms are used to spread hatred and mistrust then we are will have a generation that will be highly irresponsible.

It will lead the country to disastrous consequences and both the majority and minority population of our country will suffer. I also appeal to Jamaat-e-Islami cadres that elderly people should play an active role in social media and guide the youngsters. It has been our tradition that etiquettes and manners are taught by our elders. But in the social media world, the role of elders is minimal. There the youngsters play an active role and some organizations are trying to misguide them. 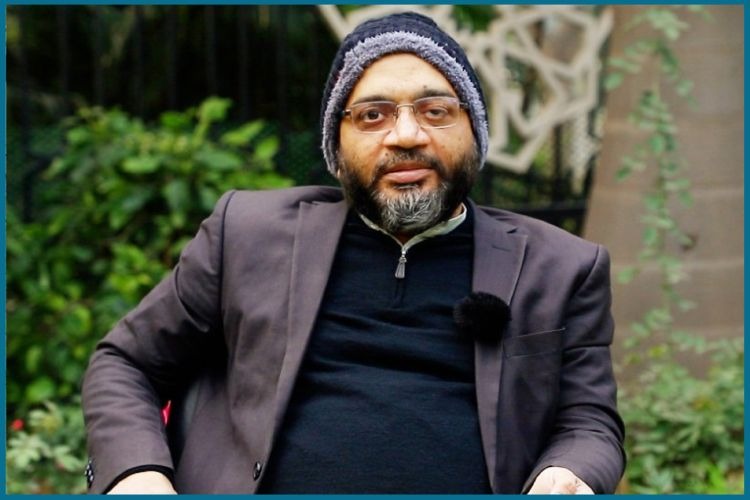 In the changing times all over the world ijtihad (religious interpretation of problems) is happening on a large scale on various contentious issues. Why is it in India that the Muslim community is unable to do meaningful ijtihad and show the way forward to Muslims?

I think debates and discussions are happening from time to time. Our ulemas are trying to find new ways of solving the problems. In Islam some things are unchangeable and then there are dynamic things, things which could be changed as per changing circumstances.

It’s just like the nature of our life, which has two elements permanent and variable. We cannot change permanent elements laid down in the Quran through ijtihad. The reason being these teachings don’t change with time. But for things that could be changed there is a provision for ijtihad. In India, we have good traditions in ijtihad, like Islamic Fiqh Academy India, which holds discussions on various important issues. But these organizations cannot enforce their decisions in our democracy. They only publish their findings and try to communicate them to Muslims from time to time.

What role have so-called secular parties played in the development of Muslims after the Independence? Have they done any good to the community?

There is no simple answer to this question. Remarkably, so many communities were allowed to co-exist and the Constitution allowed all of us to thrive. These are positive points in our history and the credit will go to our secular leaders. We should accept this and appreciate it. But on the other end, we see Muslims are lagging in education, economy, and politics. Today they are one of the most backward communities. The same secular leaders are responsible for this; they did not pay attention to the important issues and only tried to secure votes on emotive issues.

You have recently demanded that Government should increase the budget for minority education. How can education be promoted among Indian Muslims?

The allocation in the Budget should be increased. But in this mission, the responsibility is not just limited to the Government. Even non-governmental organizations should have a big role to play. We as a non-governmental organization are trying to create awareness about education and we are also trying to create infrastructure at our level. But Government has greater responsibility and it should implement the recommendations of the Sachar Commission.

What could be the means of increasing employment among skilled Muslims?

Awareness needs to be created among the community that they should be self-reliant and should believe in halal kamai. The mindset of people needs to be changed. They need to be made aware that good trade practices, earning livelihood honestly are basic preaching of Islam and so they should abide by them. There is also a need for coordination of efforts of skilled labour and need to encourage entrepreneurship among the community. Our Rifah Chamber of Commerce is working in this direction. We have made a network in the entire country to encourage entrepreneurial skills among the youth. The youth need to be told that zakat is one of the five musts in Islam, so until you earn how will you give zakat. The Government should also pay attention to increasing employment opportunities and bringing about a sense of security. A large population of Indian Muslims should have confidence in themselves. If somebody would push the country towards disaster, we will stop them.


In one of your speeches, you had also appealed to Muslims to keep their marriages simple and not extravagant. What impact do you see happening if people take your advice?

Our family life should become an example of Islam’s preaching. Extravagances and dowry have crept into Muslim society. This is harming Muslim's social and economic development. I think one of the biggest ills in our society is extravagance in marriages and it’s important to control this.