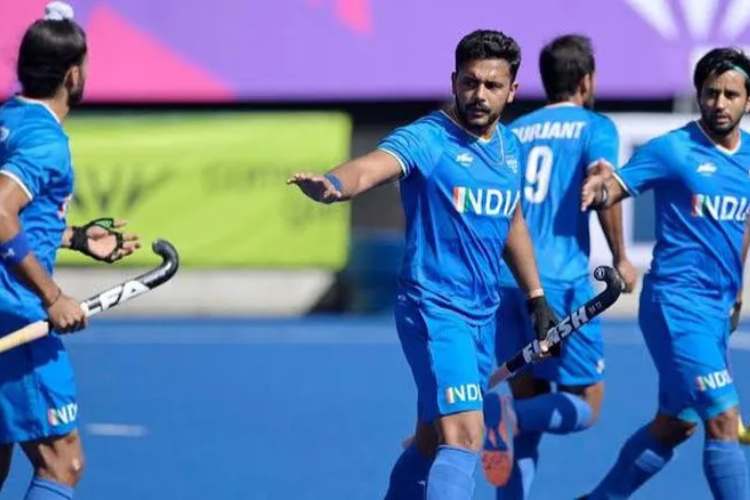 Harmanpreet scored a hat-trick against Wales

The Indian men's hockey team defeated Wales 4-1 in its final preliminary league match on Thursday, making it to the semifinals and maintaining their chances of topping the group on goal difference.

Drag flicker Harmanpreet Singh struck a hat-trick -- two goals off penalty corners and one off a stroke. Gurjant Singh added a field goal for India.

Gareth Furlong scored the lone consolation goal for Wales in the 49th minute.

With this win, India surged to the top of the points table with 10 points from four games, unbeaten with three wins and a draw.

England are second in position with seven points from three matches and have a game to go against Canada.

Wales remain third with six points while Canada have one point from three games.

The win against Wales augurs well for India as it improved their chances of topping the group with a goal difference of +22 goals.

India will get to know their semifinal opponent when the situation in Pool A becomes clearer as Australia lead the pool with nine points while three teams.

New Zealand, South Africa and Pakistan have four points each and the next lot of matches on Friday will decide which team will finish in second position.