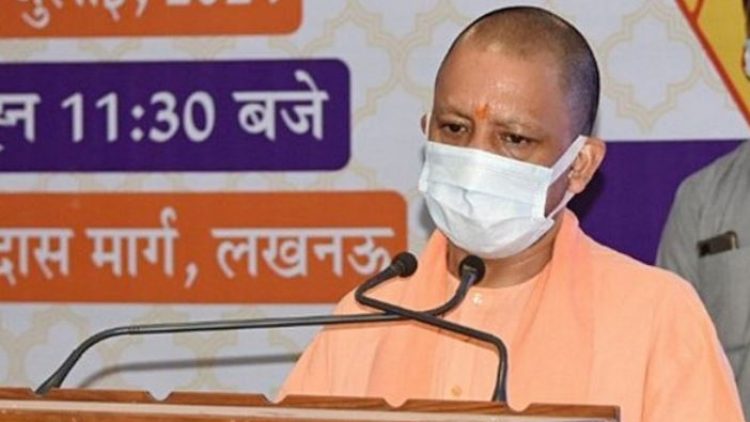 Yogi Adityanath
Lucknow
Uttar Pradesh government has announced a Rs 6 crore cash reward for all those athletes from the state who will bag a Gold medal in the upcoming Tokyo Olympics.
The UP government will further give Rs 4 crore and Rs 2 crore to athletes bagging a Silver and Bronze medal respectively in the showpiece event.
For sportspersons taking part in team events, Rs 3 crore each has been announced for Gold medallists while Rs 2 and Rs 1 crore will be given to Silver and Bronze medal winners respectively.
Moreover, all the athletes taking part from UP in the Tokyo Olympics will be awarded Rs 10 lakh each irrespective of how they fare in the quadrennial event.
A total of 10 players from UP will represent India in the Tokyo Olympics. Ahead of the showpiece event, Chief Minister Yogi Adityanath congratulated the athletes.
Meanwhile, the Ministry of Youth Affairs and Sports (MYAS) is planning to postpone the national awards for a couple of weeks to include possible Olympic medalists from the upcoming Tokyo 2020 Games.
A source in the know of the development told ANI: "This has been discussed in the meeting of concerned department officials.
We have nominations but it will be on hold as we wanted to include Olympic medalists. Another meeting to finalise this will be happening soon but as of now, I can say that national awards are likely to be delayed for this reason. Final call to be taken soon."
Tokyo Olympics will start from July 23 and will end on August 8 while the national sports awards are given every year by the President of India at the Rashtrapati Bhavan on August 29.
The National Sports Awards includes the Rajiv Gandhi Khel Ratna Award, the Arjuna Award, the Dronacharya Award, and the Dhyan Chand Award. The ceremony coincides with the birth anniversary of hockey legend Major Dhyan Chand.
As of now, more than 120 Indian athletes have qualified for the Tokyo Olympics. The Games were slated to be held last year, but the event was postponed due to the COVID-19 pandemic.