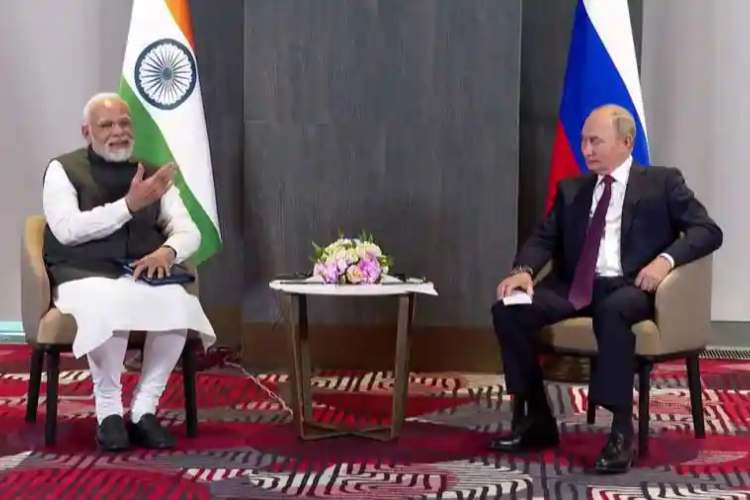 PM Modi with Vladmir Putin during their bilateral in Samarkand

Mexico formally proposed on Thursday the creation of a peace committee with Prime Minister Narendra Modi to find an end to Russia's invasion of Ukraine.

Mexico's Foreign Minister Marcelo Ebrard said that to bolster the mediation efforts of UN Secretary General Antonio Guterres, a panel for dialogue and peace in Ukraine should be created with Modi, Pope Francis and other leaders.

"The objective would be very clear, generating new mechanisms for dialogue and creating additional spaces for mediation, which foster trust, reduce tension and open the path towards lasting peace", Ebrard said at the Security Council's briefing on impunity in Ukraine.

He presented to the Council the proposal made by Mexico's President Andres Manuel Lopez Obrador on Friday at his Independence Day speech.

In that speech, Obrador said that the panel with Modi and Francis "should immediately seek a cessation of hostilities in Ukraine and the start of direct talks" with Presidents Vladimir Putin of Russia and Volodymyr Zelensky of Ukraine.

India has maintained a sort of neutrality on Russia's invasion of Ukraine, abstaining on substantive votes in the Council and in the General Assembly condemning Moscow.

But New Delhi, which has close historic ties with Moscow, has consistently called for an end to the war.

Last week, Modi delivered a stern message in person to Putin against the invasion.

"Today's era is not an era of war. We have discussed this with you on phone several times, that democracy, diplomacy and dialogue touch the entire world," Modi told him when they met in Samarkand on the sidelines of the SCO Summit.