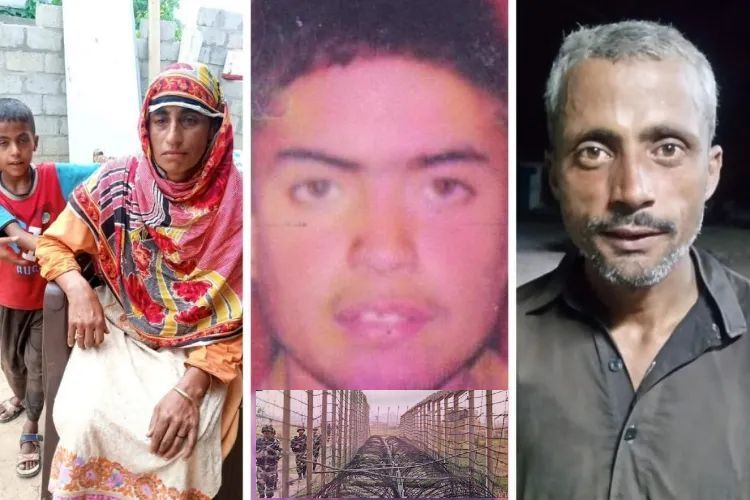 A Pakistani deaf and dumb boy who had inadvertently crossed the Line of Control in Pakistan occupied Kashmir (POK) and entered India at the age of 9, has been repatriated after ten years, thanks to the efforts of the Edhi Foundation, Pakistan’s leading humanitarian organization, for tracing his family.
Tanveer Hussain, the father of Wasim Tanveer, hails from Samahni Tehsil, Bhimber District, opposite Poonch (Indian side) has told a British newspaper that his son had crossed the Attari-Wagah border two days ago. He has been lodged in the camp of the Border Forces for some medical tests and probably debriefing and would be sent home after ten days.
Wasim’s story matches that of Geeta, a hearing-impaired Indian girl who had somehow reached Pakistan as a little child and was taken care of by the Edhi Foundation till she was repatriated with the support of the former Indian external affairs Minister Sushma Swaraj.
Due to his condition, it was difficult for even the government of Pakistan to ascertain who he was and it didn’t even try. For this reason, Wasim remained in custody in India for ten years.
Pakistan High Commission in India has also announced about his repatriation:

With concerted efforts of Pakistan High Commission & Edhi Foundation, and in coordination with the Indian side, Mr. Waseem Tanveer, a Pakistan national with speech and hearing impairement, was repatriated on 18 Dec 2021 via Attari-Wagah border.

Finally, an unidentified Indian NGO contacted Idhi Foundation about this young boy stranded in India. The Edhi Foundation contacted the Ministry of External Affairs in Delhi to initiate the process of getting this young man back to his home.
According to Faisal Edhi, chairperson of the Edhi Foundation, it took about six months of effort to trace the family of this boy in Pakistan.
Faisal Edhi said, “They told me that the child has been there (India) for about seven or eight years. I talked to the Indians on a video call. "The boy could not speak or hear but he signaled that he was walking and then he traveled by bus and then he crossed the border where he was caught by Indian soldiers."
The boy told interpreters that he belonged to an area with high mountains and snowfall and where walnuts grew.
With the help of the Indian authorities, the Edhi Foundation got his pictures and got them printed in mountainous and walnut growing areas of Pakistan published and called for parents whose son might have gone missing.
Only one family responded.
In a video call between the parents and the son, both sides were unsure of each others identities. Wasim had grown into a 19-year old man and his parents failed to recognize him.
Finally, his mother remembered some marks on her son’s body marks that helped in fixing his identity.
His father said, "We have recognized him and he has recognized us," he said. “Our life was miserable without him. His mother cried all the time.”
A statement from the Pakistan High Commission in India on Twitter said he was repatriated through the Attari-Wagah border.