While speaking to local journalist Ravinder Jain, the ambassador said, “Prime Minister Narendra Modi has always said that India's capacities in the vaccine sector would be shared with partners and neighbours, so this is a part of that. As you know, Myanmar is a close neighbour, a good friend of India and there were discussions at high political level in this connection and what we are seeing is a consequence of that understanding which was reached between our two sides". Last year, Prime Minister Narendra Modi in a telephone conversation with Myanmar's State Counsellor Daw Aung San Suu Kyi had conveyed India's readiness to provide all possible support for mitigating the health and economic impact of COVID-19.

Myanmar has signed a contract with the Serum Institute of India to purchase 30 million doses of Covishield vaccine.

Indian Army chief, General M M Naravane and Foreign Secretary Harsh Vardhan Shringla on their visit to Myanmar in October last year had handed over 3,000 vials of Rendesivir to State Counsellor Suu Kyi as part of India's contribution to help its neighbour in the fight against Covid-19.

Ambassador Kumar added, "The visit of the foreign secretary and Army chief was a very important visit. The foreign secretary, of course, as you know had foreign office consultations with his counterpart through video conferencing before he came out here, and during the visit out here, he met the State Counsellor and along with the army chief, he also met Senior General Min Aung Hlaing and the visit of course provided opportunity to have discussions on the entire gamut of our relationship and what we do in the area of fighting against COVID pandemic was also one of the issues"

Myanmar is one of India's strategic neighbours and shares a 1,640-km-long border with a number of north-eastern states including Nagaland and Manipur. 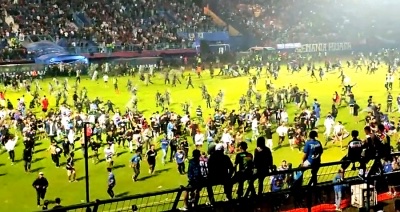