Noorul Hassan with his family in his office
Mansoorudin Faridi/New Delhi
"People used to say that you are a Muslim and also poor, you can't become an IPS; I have proved that if you have the passion and enthusiasm to work hard, no one can take you away from success and your goal."
Noorul Hassan, a young IPS officer, said this when asked about his story/
Hassan's first job was with Siemens and the second as a scientist at the Bhabha Atomic Research center (BARC), He knew he belongs somewhere else and his destination is still away.
However, after becoming an Indian Police Service officer, he ended his quest for a position in life. Noorul Hassan is today a proud member of the Maharashtra Police where, besides regular policing, his social work and guidance to young children has made him an ideal officer.
The other day Noorul Hassan shared a post on his Twitter account in which he wrote “some very special guests came to my office today including my father and mother along with Tao and Mamoun Jan. He shared many photos of the occasion. Noorul Hassa, IPS, saluting his father and other relatives in his office
The other person wrote “You are a movement for all of us. May Allah grant you more success.”
Today, Noorul Hassan’s success is inspiring many young people in the country, though not many know his struggle to reach this position.
Noorul Hassan’s childhood was spent in village Haripur, Pilibhit, Uttrakhand. Later when his father got a job in Bareilly, Uttar Pradesh, the family shifted there. He was a brilliant student in school and later at Aligarh Muslim University.
His story is especially inspiring young Muslims who have fear of facing prejudice in getting selected for jobs. The replies to Hassan’s post on Twitter showed he was helping the youth deal with their judgments. Noorul Hassan with his teachers in Barailey
Before going further into his life story, let’s read his favorite poem:

From the day I left, I have been looking at my destination

The eyes never saw the milestone

I have inherited these flowers

You have not seen a bed full of thorns

The journey from earth to heaven (Originally in Urdu)
Noorul Hassan simply worked hard to make his dreams come true. He studied in a Hindi medium government school and passed his matriculation examination from Guru Nanak Higher Secondary School.
He then joined Bhushan Inter College, Bareilly. Though his father worked hard, the family's financial situation was bad and they somehow managed to make ends meet. Getting an education in such a situation was a difficult task. Primary education was available but the journey ahead was difficult.
Old memories: Noorul Hassan with teachers at his school in Pili Bhat
After Noorul Hassan passed 10th, his father got a job as a class four employee in Bareilly. Noorul Hassan's father rented a small house where the family lived and Noorul Hassan completed cleared his twelfth grade. Noorul Hassan in his office
Noorul Hassan says that after doing 12th, he decided to do B.Tech. He needed Rs. 35,000 for IIT coaching. His father sold 1 acre of land and it helped Hassan. The family also bought a one-room house for Rs 70,000 with the money.
He started studying hard. His family was dissatisfied with him and unsure of his ways. However, Noorul focused on his education and preparation for entrance for engineering college.
To raise money to pay his college fees, Hassan started giving physics and chemistry tuitions. He never allowed his poor English to become his weak point. After completing his B.Tech from Zakir Hussain College in 2009, he had started preparing for the Civil Services.
During this time, he got his first job was at a Gurugram, Haryana. Later, he joined the Bhabha Atomic Research Center (BARC).
In the meanwhile, he continued to prepare for the Civil Services Examination. He passed the UPSC exam in 2015.
After completing B.Tech, Noorul Hassan joined Siemens. He paid towards the education of his two younger brothers from this job and supported the family.
Within a year, he realized his heart wasn’t into a corporate job.
He passed the Bhabha Atomic Research Institute exam and was selected as a scientist at the Tarapur Center. Even this was not to his liking as a career.
Noorul Hassan then made IPS his goal.
However, in the first attempt, he failed to even pass the preliminary examination. Next time, he prepared well and cleared both the prelims and the main examinations. This time, he scored low in a personal interview and failed to make it in the coveted list.
However, he did not give up. He worked hard on his deficiencies and cleared it in 2014. This time he not only passed the exam but also became an IPS by getting 190 marks in the interview. Noorul Hassan with his wife
Wiser by his experience, Noorul Hassan says the lack of proper guidance in life creates a lot of problems for young men and women. Like, he says, he didn't know anything about B.Tech until the 12th grade. He faced all these difficulties due to poor economic conditions and a lack of education in his family.
Today, Noorul Hassan guides millions of children across the country through his YouTube channel 'Free Academy.' He wants to ensure that no youth in the country has to fail because of the lack of guidance.
.
Noorul Hassan considers former president APJ Abdul Kalam as his role model. He says that during his travels, many Muslims tell him that it was difficult for them to get selected in the UPSC civil services because of their religion and poverty.
He is a living example of how nothing – including religion and poverty - can come in your way to success provided you have a dream and work hard to achieve it.
Noorul Hassan's message to the youth and aspirants of civil service
Dream as much as you can, but always prepare yourself for Plan B. Plan B must be followed by Plan C.
Decide on your destination as soon as possible and start working towards it.
In my opinion, success is the sum of every day's work that has been done for years.
Examine your weaknesses
Divide your goal into years, months, weeks, and days, and go a little further each day. Get something every day.
You need more than luck to succeed in the affiliate business. There is no difference.

He wants to tell every parent in the country that even if you have to eat less at home for a while, you must send your children to school.
To the young persons, he says only with hard work and dedication your future can change.
Noorul Hassan says that if you have the ability, then no one can stop you from moving forward in a country like India.
This emotional post was liked, re-tweeted, and commented upon by netizens. Noorul Hassan comes across just as an obedient scion of the family in front of his parents.
Young IPS officer Noorul Hassan with his family saluted you and then seated you in his chair.
Users on Twitter sent good wishes to Hassan. People wrote emotional lines like “You are there because of the prayers of your parents.”
A young man has written in reply to Hassan’s post,” I too will become an IPS officer. I am encouraged by you.” 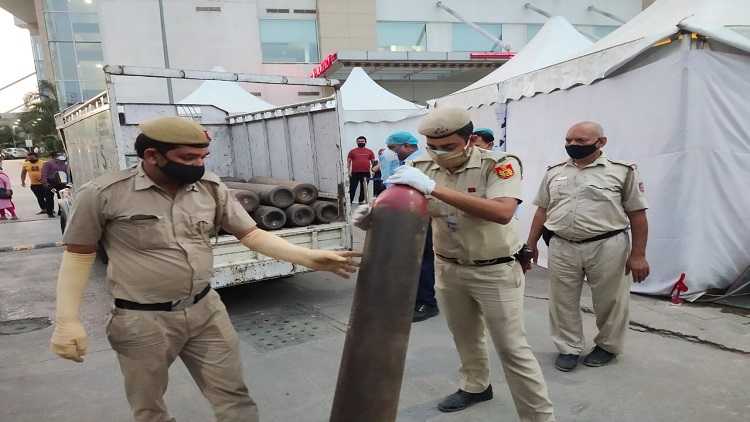