Rehana Reya after her 4th straight win in the Indian National Racing Championship in January 2022.

Chennai’s Rehana Reya has come a long way from a teenager in love with bikes to becoming the poster girl of motorcycle racing for women in India.

In a sport that still draws very few women, Rehana’s story is a heartwarming one of what the human spirit can achieve.

Born in 1995, she loved to ride motorcycles as a teenager and took part in small races without telling anyone in her family of five including her parents and two elder brothers.

“When I won races I used to keep the trophies in my friend’s house to keep it a secret from my family because I thought my parents and brothers would blow their top if they knew I was racing,” Rehana told Awaz-The Voice. 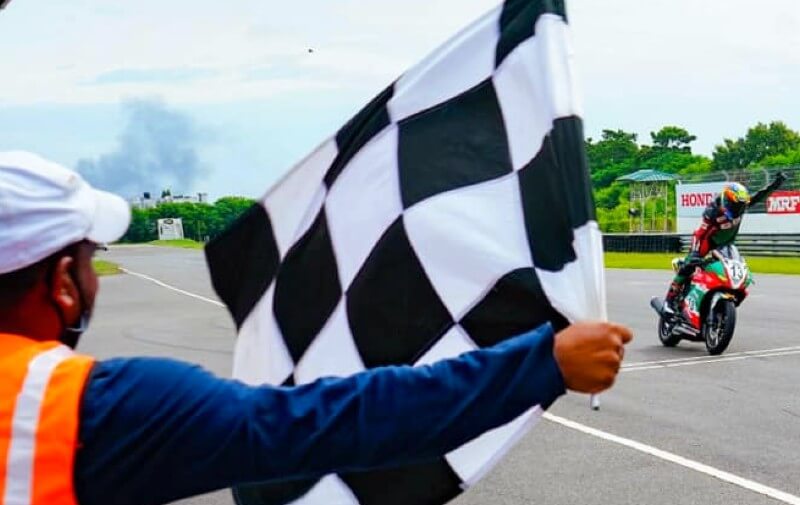 The moment of victory at a race.

But competing on a race track was still not on her mind until she heard in early 2016 that the Honda Ten Racing Academy was signing up women riders to train them for the Honda One Make Race (in which all riders ride the same kind of motorcycles). She signed up for training and then went on to win the first Honda One Make Race Championship for women at the MMRT (Madras Motor Race Track) on February 21, 2016.

That victory blew the cover off her secret life as a motorcycle racer.

“My family read about it in the next day’s newspaper. It was then that I told my parents that I had trained to become a racer. They were initially shocked and astonished but have been very supportive since then.”

Her brothers were not happy either when they came to know of her exploits.

“No one was happy in the beginning. A girl, particularly a Muslim girl riding a bike is seen as a drawback. My brothers were against me and it took a lot of time for them to accept that I loved racing and that there was nothing wrong with it. And now they are happy with my performance,” she says.

She was also proactive enough to her dispel her parents’ fears about motorcycle racing being a dangerous sport.

“I took my parents to the race track and showed them that there were adequate safety precautions and medics to take care of a rider in case of a crash.  It was then that they were pacified.”

Rehana’s world is now the smell of high octane fuel, burnt rubber, the rush of adrenaline, and the adulation of adoring fans. Rehana during a race.

The victory in the Honda One Make Race was not a flash in the pan. She has also had podium finishes in national in international circuits. In 2017, she finished third in Round 2 of Asia Cup Road Racing in Taiwan. She has represented India thrice in Adian Road Racing Championship.

In 2019, she won the Indian National Motorcycle Racing Championship but had to sit out of the championship in 2020 after fracturing an elbow in a crash.

In the 2021 championship, she recovered to catch up with the early leader and defending champion Ann Jennifer to carve out her fourth straight victory of the season and win the championship again with a race to spare. The last race will be held in February 2022.

“It was disappointing that I could not take part in the 2020 championship. But I was determined to return to racing. The recovery took time but I stayed strong mentally and scrupulously followed the treatment protocol and routine workouts which helped in my return to racing,” says Rehana who once worked as a floor manager at a Royal Enfield outlet.

For the last two years, she has been with the RACR (Rajini Academy of Competitive Racing) team helmed by Rajini Krishnan, a nine-time national champion. Her race bike for RACR is a Yamaha R15 motorcycle.

For all the glamour of circuit racing, it is a costly proposition and a rider can actually practice on the tracks only if the team hires the track, and the lockdowns during the COVID-19 pandemic did not help matters.

The difficulty in accessing the tracks for regular practice particularly during the pandemic was also a factor for her to take up off-road racing in 2020 after she had recovered from her injury. 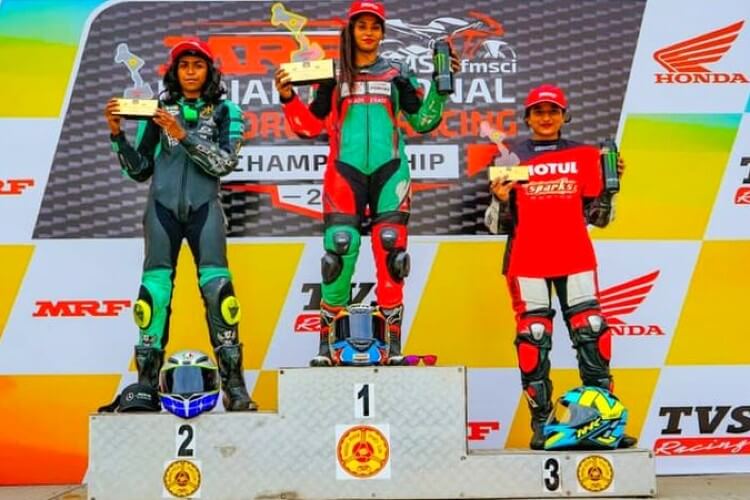 Rehana (centre) after winning a race.

“Off-road racing is more adventurous. Since I didn’t get any track time during the lockdown, I found off-road riding as the best way to keep riding. You just need an empty stretch of land to practice. I entered the Indian National Rally Sprint Championship, and won my class as a debutant in the competition where most of my competitors were men,” she says.

She is certainly not overawed by male competitors.

“Gender doesn’t matter in racing. What counts is your skill and how you make the most of a situation in a race.”

Not many road racers are into off-road racing but Rehana has shown great class in both versions.

“For me, it is immaterial whether I race on a circuit or off-road. I just enjoy myself on the bike,” she says. 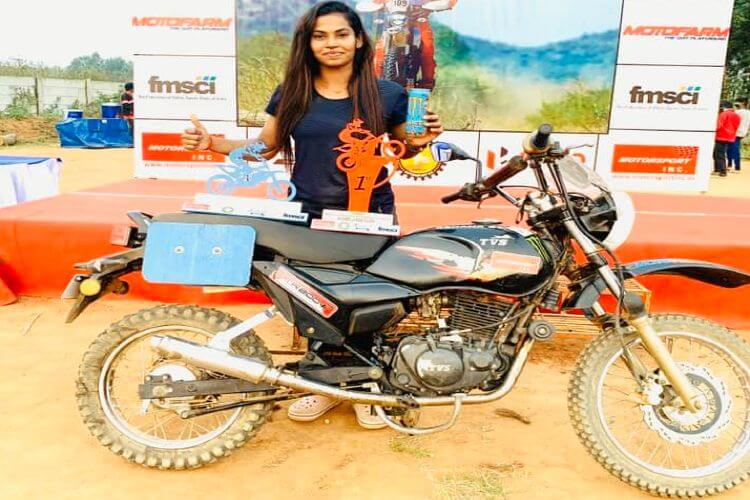 Rehana after winning the National Rally Sprint Championship in 2020.

Rehana idolizes MotoGP legend Valentino Rossi but her biggest ambition in life is to compete in the Dakar Rally – the toughest motorsport event in the world. She is acutely aware that it is a challenging proposition to get into that rally.

“My ultimate aim is to compete in the Dakar rally but it will take a few years.  It is a costly proposition. I have to raise funds, find sponsors, and get a bike to be able to participate in that competition.”

Rehana says racing her toughened her as a person to face life’s challenges.

She is so smitten by motorcycling and racing that she believes that there is no end of the road for her in the sport.

“I don’t see myself as retiring. I want to be in it for a lifetime,” Rehana says. 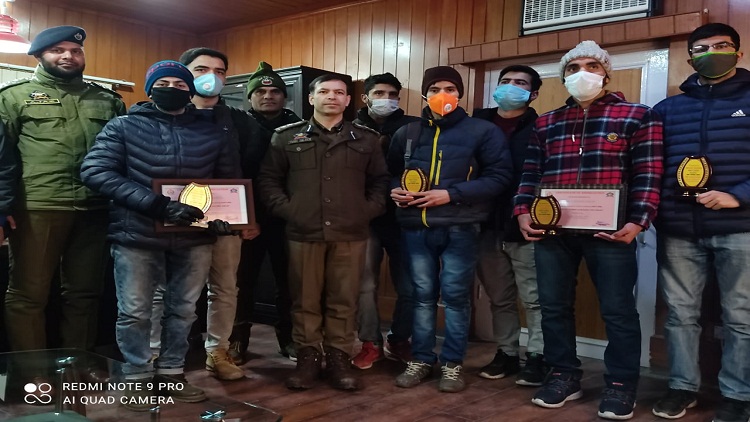