Sufis' message to be spread across India: AISSC Meeting of the All Indian Sufi Sajjadanashin Council in progress
New Delhi
The Sajjadanashins, caretakers of the Sufi shrines across India, will soon launch a nationwide campaign against the forces of extremism and growing bigotry in Muslim society. They will try to address the growing misconceptions about Islam because of the inaccurate representation of the religion.
This key decision was taken in a meeting of Sajjadanshi of more than 50 major Dargahs across the country under the banner of  All India Sufi Sajjadanshin Council (AISSC) at the Nizamuddin Dargah area in Delhi.
This is the first such meeting in which the heads of dargahs like Nizamuddin Auliya, Ajmer Sharif, Shahmina Dargah in Lucknow, Khankahe Safawiya, and Hazrat Khwaja Aurangabadi were present.
The Sajjadanashins unanimously expressed concern over the growing fundamentalist ideology in the society in India and across the world. The meeting discussed the ways to address these issues.
The meeting was called because of the growing concern among the Islamic scholar and Muslim leaders about the tendency of misinterpreting religion and religious texts that is stoking the conflict. Also, the youth are being misled through fake news on the internet. The unauthorized and arbitrary fatwas are causing inertia in the society, a press release of the AISSC said. 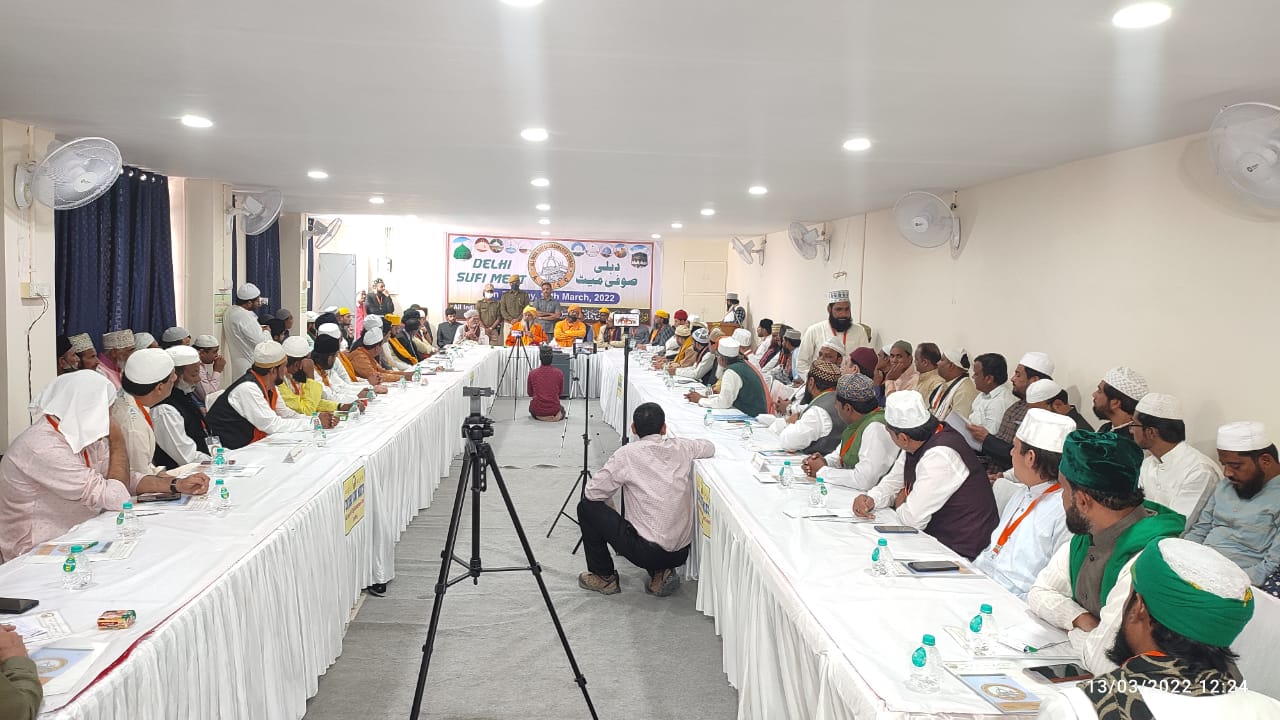 AISSC meeting in progress in Delhi
Against this backdrop, Sajjadanshi should worry about spirituality as well as society and country. The meeting decided that the Sajjadanashin would come out of the dargahs and spread the Sufi ideology among the youth.
They would quote from the lives and messages of the revered Sufi saints to impart lessons of brotherhood and love. The meeting also decided to distribute literature and organize seminars to spread the message of love in society.
ALSO READ: Syed Gulab, crusader against hunger in Bengaluru
The Sajjadnashin also decided to use the Internet media for the purpose. They also decided to bring all the dargahs under one umbrella and together open centers that promote Sufi ideology in the dargahs.
The AISSC had come into existence about four years back.
The meeting decided to give leadership roles to women in the proposed campaign and youth are more inclined towards their mothers. “If a mother gives proper education to her children and keeps an eye on their activities, a change can be brought in the society to a great extent,” it said.