How Bengal financed industrial revolution after Battle of Plassey 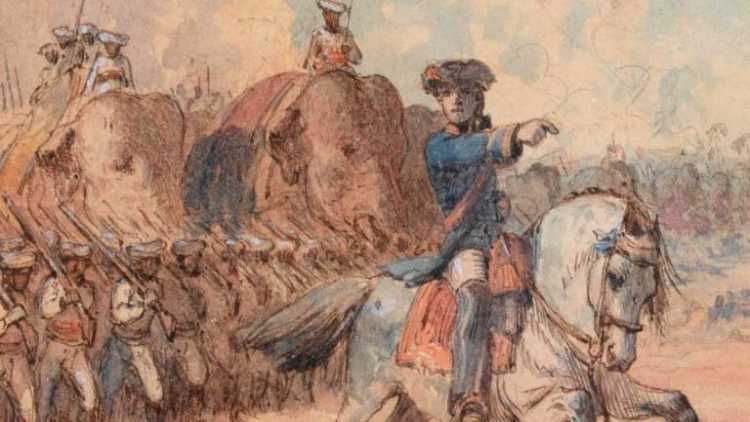 23 June, 1757, is a landmark date in the history of the world in general and the history of India in particular.On this day forces of the English East India Company decisively defeated a much larger force of Nawab of Bengal, thus paving the way for the direct political control of India. Nawab of Bengal, Siraj Ud-Daulah, faced defeat at the hands of Robert Clive. More than superior militaristic abilities and courage, the reason for the English victory was treachery by Nawab’s officials like Mir Jafar and Rai Durlab. The result of this battle had far-reaching consequences much beyond the geographical boundaries of Bengal or the time period.

Several historians and economists like Brooke Adams, Victoria Miroshnik, Dipak Basu etc. have pointed out that the industrial revolution, which changed the world we live in forever, was in fact fuelled by the money plundered from Bengal by the English after the battle of Plassey in 1757. Industrial revolution is an umbrella term used for the developments leading to mechanisation of the factory production system in Europe since 1760. A number of inventions and discoveries were made especially to mechanize the textile industry in England around this time.

Historian R.P Dutt argues that it was the exploitation of Bengal after 1757 which provided for the necessary finances required to fund the various researches and production in England resulting in the advent of industrial revolution. According to estimates, the English remitted 1 billion Pounds from Bengal as damage of war after the battle. The extent of loot can be gauged from the fact that each subaltern (foot soldier) of the English East India Company received 3,000 Pounds after the war. To put in perspective, the highest officials in London would not get more than 800 Pounds a year as salary at that time.

After their ‘victory’ in 1757, the Company officials started extorting money from the rulers, landlords, merchants and common men. During the next eight years, they extorted 6 million Pounds annually, which was four times the total land revenue of Bengal. In 1765, the Company took direct revenue collection rights for themselves. A rather conservative estimate puts their annual remittance from Bengal to be at 22 million Pounds.

“It is not the pitiless operations of economic laws, but it is thoughtless and pitiless action of the British policy; it is pitiless eating of India’s substance in India and further pitiless drain to England, in short it is pitiless perversion of Economic Laws by the sad bleeding to which India is subjected, that is destroying India.”

England was investing a considerable proportion of its revenue into industrial developments through research and infrastructure building. It is no coincidence that “the inventions between 1764 and 1785 were the spinning jenny by Hargreaves, the water frame by Arkwright, the mule by Crompton, and the power-loom by Cartwright. John Kays had invented the flying shuttle and coal began to replace wood in smelting, while in 1768 Watt matured the steam engine.”

Today, Europe claims its superiority on the basis of advancements of the same institutions which were made from the blood of our forefathers and foremothers.