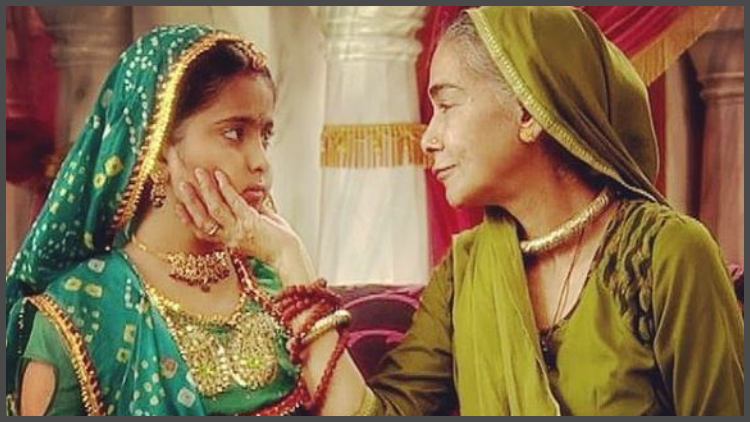 Image Courtesy: Avika Gor- Instagram
Mumbai
Bollywood personalities including Manoj Bajpayee, Randeep Hooda, Ayushman Khurana, Avika Gor, Neena Gupta, Gajraj Rao have mourned the death of three-time National Award-winning actress Surekha Sikri, popular in recent years as Dadisa in the TV series Balika Vadhu.
Surekha passed away in the city following a cardiac arrest on Friday. She was 75. She had been unwell for quite some time now, suffering from complications owing to a second brain stroke. She suffered a brain stroke in 2020 and a paralytic stroke in 2018.

In recent years, she won acclaim for her roles in the film Badhaai Ho, and the TV series Balika Vadhu.
Actor Manoj Bajpayee tagged Surekha as one of the greatest talents.
"Very Sad news !!! One of the greatest talent Surekha Sikri ji passed away leaving behind so many great performances in theatre and cinema!! She was a treat to watch on stage. Can't forget some of those memories of her act in theatre. Great craft and a graceful person!! RIP," Manoj tweeted.
Actor Vijay Varma, who gained popularity as Moeen from the film Gully Boy, called Surekha's demise a loss to cinema.
Vijay wrote on his Instagram story: "What a force of nature she was. A true artiste. A big loss to cinema. Heartbroke."
Actor Randeep Hooda simply wrote: "Rest in peace #SurekhaSikri ji"

Actress Divya Dutta, said that she would remember the late veteran star "very fondly".
"RIP #surekha ji. I'll always remember you so very fondly!! Big loss !! Your talent was spectacular!" Divya wrote along with a picture she shared of her posing with Surekha on Twitter.
Filmmaker Ashoke Pandit called it a "great loss to the industry".
He tweeted: "Sad to know about the demise of veteran theatre , television , film actress & a great human being #SurekhaSikhri ji due to cardiac arrest . It's a great loss to the industry. My heartfelt condolences to her near & dear ones." Neha Bhasin on why she wanted to do 'Bigg Boss OTT Lara plays Indira Gandhi in 'Bell Bottom', says 'an opportunity of a lifetime