Lata Mangeshkar passes away at 92 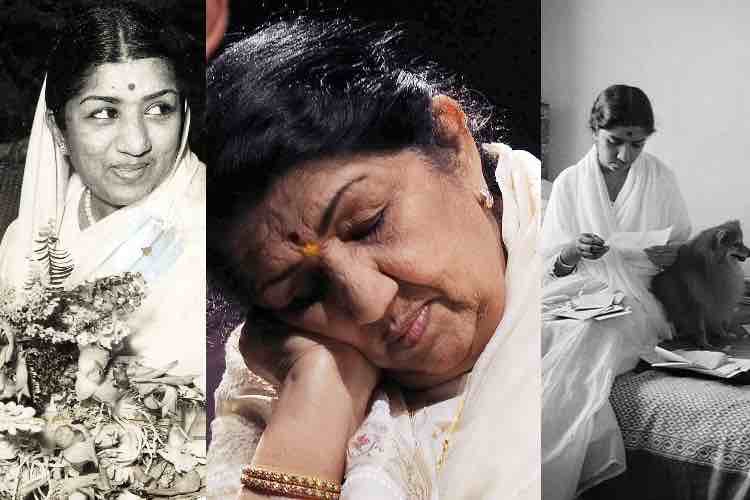 The doyen of playback singing Lata Mangeshkar passed away on Sunday morning at the age of 92.

She was brought to the hospital in early January this year, after she had tested positive for Covid-19, she was also diagnosed with pneumonia.

Lata Mangeshkar was admitted to the ICU with mild symptoms and was recovering slowly.

Around January 28, the singer was taken off the ventilator, after she showed slight signs of improvement. However, on February 5, her condition deteriorated again and she was back on ventilator support.

Since her condition was critical, the veteran singer was put under aggressive therapy and was undergoing the procedures before her unfortunate demise.

Lata Mangeshkar is called the 'Nightingale of India'. She stepped into singing at the age of 13 and recorded her first song in 1942.

In her career spanning over seven decades, she has to her credit over 30,000 songs in different languages. Lata Mangeshkar has been the voice behind popular tracks like 'Ek Pyar Ka Nagma Hai', 'Raam Teri Ganga Maili', 'Ek Radha Ek Meera' and 'Didi Tera Devar Deewana', 'Ajeeb Dastan Hai Yeh'

Her demise is condoled by many all over twitter.

I am extremely saddened by the demise of Lata Mangeshkar Ji, the Nightingale of Indian Cinema and legendary singer. India has lost its voice in the death of Lata ji, who has enthralled music lovers in India & across the globe with her mellifluous & sublime voice for many decades. pic.twitter.com/C9m3PfexyP

Lata Mangeshkar @mangeshkarlata is no more. Generations of Indians loved listening to her songs. They remain evergreen.
She led a life dedicated to music. Condolences to her family and all lovers of music. https://t.co/PQmzMSq7PS

She was also conferred with France’s highest civilian award, ‘Officier de la Legion d’Honneur’ (Officer of the Legion of Honour) in 2009. She was the oldest of the siblings, Meena Khadikar, Asha Bhosle, Usha Mangeshkar and Hridaynath Mangeshkar.