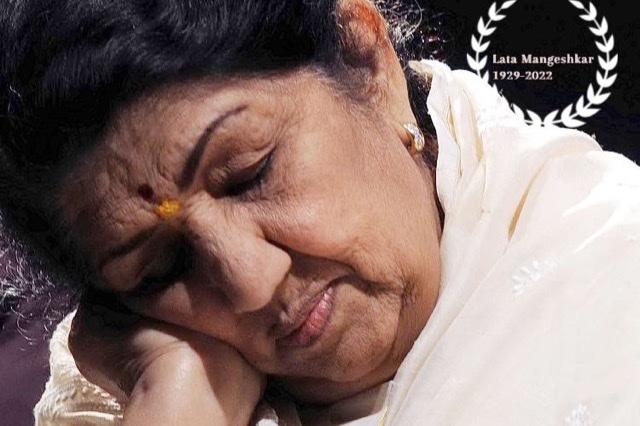 The legendary playback singer Lata Mangeshkar passed away on Sunday morning. The twitterati is in tears while India mourns the loss of her nightangle.

From Political, Sports diaspora to Bollywood fraternity, Lata Mangeshkar lovingly called didi' was pampered by one and all. Here are some of the reactions from the social.

Lata Didi’s songs brought out a variety of emotions. She closely witnessed the transitions of the Indian film world for decades. Beyond films, she was always passionate about India’s growth. She always wanted to see a strong and developed India. pic.twitter.com/N0chZbBcX6

I am anguished beyond words. The kind and caring Lata Didi has left us. She leaves a void in our nation that cannot be filled. The coming generations will remember her as a stalwart of Indian culture, whose melodious voice had an unparalleled ability to mesmerise people. pic.twitter.com/MTQ6TK1mSO

Meri Awaaz Hi Pehchaan Hain, Gar Yaad Rahe…and how can one forget such a voice!
Deeply saddened by the passing away of Lata Mangeshkar ji, my sincere condolences and prayers. Om Shanti 🙏🏻

Received the sad news of Lata Mangeshkar ji’s demise. She remained the most beloved voice of India for many decades.
Her golden voice is immortal and will continue to echo in the hearts of her fans.

My condolences to her family, friends and fans. pic.twitter.com/Oi6Wb2134M

Extremely saddened by the demise of the Nightingale of India, Lata Mangeshkar ji. A big loss for India. Her magical voice shall remain immortal.

In grief. In agony. One of the greatest Indians has left us. Thank you for the songs, the memories, the pride we felt because of you. #LataMangeshkar

Two days national mourning. Flag to fly at half mast and State Funeral for #LataMangeshkar pic.twitter.com/GSttj3tt8G

Your music touched our soul and made us smile. Rest in Peace Lata Mangeshkar Ji. Your legacy will inspire generations to come. 🙏 pic.twitter.com/Z5xOcHNmjo

Lata Mangeshkar @mangeshkarlata is no more. Generations of Indians loved listening to her songs. They remain evergreen.
She led a life dedicated to music. Condolences to her family and all lovers of music. https://t.co/PQmzMSq7PS

Thank you for the songs and the memories.
Rest in peace Lata ji.🙏#LataMangeshkar pic.twitter.com/Vx2J3WaVSB

She was also conferred with France’s highest civilian award, ‘Officier de la Legion d’Honneur’ (Officer of the Legion of Honour) in 2009. She was the oldest of the siblings, Meena Khadikar, Asha Bhosle, Usha Mangeshkar and Hridaynath Mangeshkar.