The story behind Rocketry: The Nambi Effect Poster of the Movie "Rocketry: The Nambi Effect"

“Honesty is often very hard. The truth is often painful. But the freedom it can bring is worth the trying.”-This famously quoted expression by the American television host, author, and producer Fed McFeely Rogers, must have been the feelings of ISRO scientist and aerospace engineer Nambi Narayanan on the release on 1st July of his biographical movie made by actor R Madhavan in his first directorial debut Rocketry: The Nambi Effect. The film has caught the imagination of the spectators and netizens as it depicts the trials and tribulations of an honest scientist who had to bear the ignominy of acting as a spy for some foreign powers leaking vital documents of rocket science shrouding the entire episode amid political chicanery and foreign subterfuge.

The bizarre espionage case began with the arrest of one Maldivian Mariam Rasheeda on October 20, 1994, for overstaying her visa and her friend Fauziya Hassan on November 13. The Intelligence Bureau (IB) and the Research and Analysis Wing also joined the case. The case was taken over by the Special Investigation Team headed by then Kerala DIG Siby Mathews. Both the Kerala Police and the IB claimed that Mariam confessed that confidential documents of the Indian Space Research Organisation (ISRO) had been leaked by its scientists.

They alleged that the two Maldivian nationals had made telephone calls from their hotel room to D Sasikumaran, who was the general manager of the Proto Fabrication and Technology Division of ISRO’s Liquid Propulsion Systems Centre (LPSC). Both Sasikumaranand Nambi who was leading ISRO’s cryogenic engine project were arrested in the case under the Official Secrets Act. These arrests were only part of the story. Using the scam, politicians and media in Kerala targeted several people, including then Chief Minister K Karunakaran and then Southern Range IG Raman Srivastava. The political pressure increased to such an extent that Karunakaran stepped down as CM.

After close to two months in jail, Nambi was granted bail in January 1995. The case went on for 16 more months until May 1996, when a CBI court acquitted all six accused in the case. The CBI, after its 18-month investigation, submitted a 104-page-long final report that found that the entire case was false and fabricated with no iota of evidence to back any of the allegations put forth. 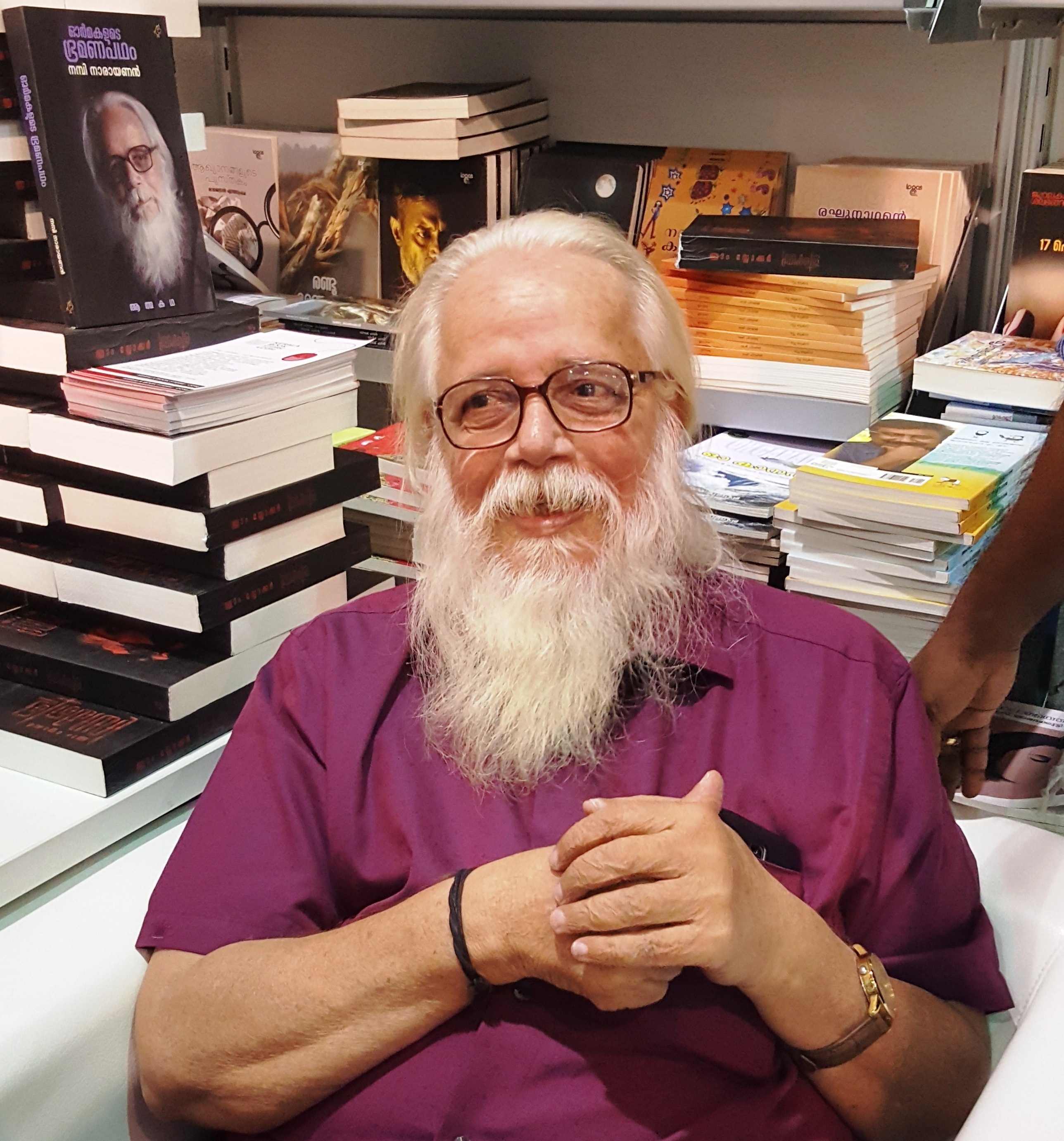 There was a time in the 1990s when the PSLV rocket was a huge success and ISRO was looking to develop the GSLV – a more powerful rocket that could carry heavier satellites and go deeper into space. However, it needed a cryogenic engine for power. For this cryogenic technology, India had signed a deal with a Russian agency, which was opposed by the US, and India planned to develop the technology indigenously. The entire case was sensationalized as a scandal revolving around sex, money, and espionage. While Nambi was initially vilified by the media, he was later characterized as a victim of a vendetta, politics, and lack of media ethics.

Nambi Narayanan, who was a senior scientist at ISRO, was in charge of the cryogenics division making rapid progress in the field of liquid technology – a key technology in rocket propulsion that is being deployed in GSLV. He was one of the chief architects of the ‘Vikas’ engine that is at the heart of India’s rockets, the same ones that made missions like Chandrayaan and Mangalyaan possible and which would be involved in many more space voyages in the future.

Vikram Sarabhai, the father of Indian Space, put his trust in Narayanan and sent him to Princeton University for higher studies on rocket propulsion. He could have been the next pioneer in rocket propulsion and space technology. But the espionage case ended his career.

The arrest of Nambi appears to be the result of two streams of murky international and political conspiracy. Having perfected the PSLV, Indian space scientists aimed at the next target — that of a more powerful rocket that could hoist payloads to the geosynchronous transfer orbit. This Geosynchronous Satellite Launch Vehicle (GSLV) would be the capstone of India’s launch vehicle technology. With the PSLV, India had exhausted the limits of the older Vikas engine which, in turn, had been developed from the French Viking engine. 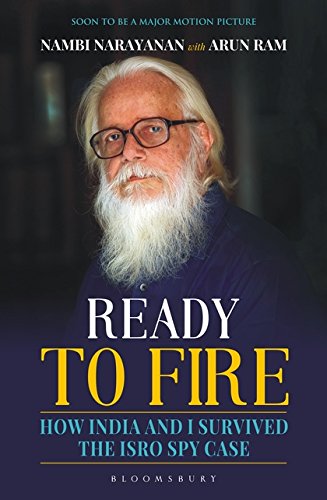 The autobiography of Dr Nambi Narayanan
What was needed now was a cryogenic engine that would power the third stage of the rocket. In 1990, India signed a deal with the Russian agency Glavkosmos for the engine, which included the transfer of technology. Nambi was in charge of this project in ISRO. However, with the disintegration of the Soviet Union in 1991, the United States began an effort to block India’s nuclear and missile quest.  It succeeded finally and arm-twisted Russia to scrap the cryogenic engine deal. So, ISRO had to strike out on its own and it did so by initiating a project in April 1994 with its star liquid propulsion scientist, Narayanan, at its head.
So far as the political conspiracy is concerned, before Rashida’s arrest, S. Vijayan, the inspector dealing with foreigners, had allegedly approached her for sexual favours and eventually arrested her because she turned him down. In a vindictive act, he decided to frame her for espionage.
In the meantime, some senior and ambitious Kerala police officers, who were close to Antony and Oommen Chandy, a Congress leader who had fallen out with Karunakaran, saw Rashida’s arrest as a means of embarrassing the IG police close to Karunakaran: Raman Srivastava. So the case was given a sinister twist. Within a month of Rashida’s arrest, Narayanan’s deputy D. Sasikumaran, K. Chandrashekhar, the representative of Glavkosmos, the Russian space agency, S.K. Sharma, a labour contractor, and Fauziyya Hassan, a Maldivian friend of Rashida, were arrested. Two weeks later, on November 30, 1994, Narayanan was arrested.
The above chain of events demonstrates the unholy nexus between police, media, and politicians and also the very slow pace of advance in our justice system for which an honest hardworking scientist who had a passion for making India Atmanirbhorin space technology had to suffer for a long period without any institutional support and support from the scientific community.
It has now been proved that his passion for cryogenic engines was to earn revenue by launching rockets in various developed countries and his interview in recent times indicates that had he been able to have his way cryogenic engines could have been ready by the turn of last century and ISRO could have earned its revenue and devote its funds on R&D. Another poster of the film featuring Madhavan

The reputation and prestige that the scientist had lost in the process and the sufferings of his family during this dark period have prompted him to carry on his struggle for justice and punishment for the guilty in the form of his appeal in the Supreme Court vide CIVIL APPEAL NOS. 6637-6638 of 2018 where the Court had constituted a Committee under Justice D K Jain.

The report by the Committee and the actions against the erring officials based on this report is the last ray of hope for Nambi. GOI had honoured him with Padmabibhusan and the PM also said highly of him.

The entire episode as described above has also brought to the fore the following point as regards the action to be taken by intelligence agencies to prevent any incidents of this nature in the future:

Whether line departments – Department of Atomic Energy, BARC, ISRO, DRI, the Economic Offences Wing, Department of Science & Technology, etc - should have their intelligence wings or appoint intelligence liaisons or nodal officers to interact on regular basis with main intelligence agencies?

It is felt that we as responsible members of society and the government in power take the appropriate steps to ensure that incidents of this nature never occur in the future. We can conclude the piece with the famous lines of Kemi Sogunle, certified Professional Life Coach and Relationship Expert

“Without making mistakes, there won't be lessons learned. Without getting hurt, there won't be knowledge gained. The only way we grow is by learning from the past. Always be willing to learn and grow daily. It's how we come to know who we are and what we are made of.”