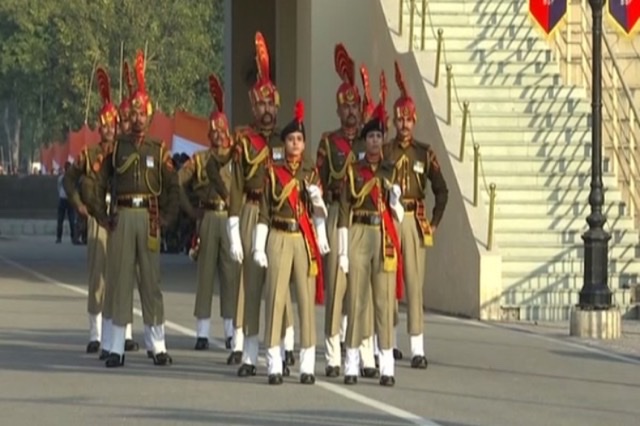 Mukesh Singh, Additional Director General of Police (ADGP) Jammu Zone held a meeting with Jammu based officers of Police, CID, Security, CAPF and intelligence agencies to discuss and review the security arrangements required to be made for the celebration of Republic Day-2022 at Conference Hall, Zonal Police Headquarters, Jammu on Saturday.

According to a press release, ADGP Jammu Zone reviewed a security arrangement that has already been made in and around the venue and arrangements that shall be made on the day of the Republic Day function at M.A Stadium, Jammu.

He stressed proper and intensive foot patrolling and surveillance of the areas in and around the M.A. Stadium Jammu, Checking of Hotels and other lodgements' on regular basis, joint nakas that have been established at selective places in border areas so that ANE/ASE trying to sneak in the city are intercepted well in time.

On the border management front, Mukesh Singh-IPS stressed upon officers to lay Joint Nakas on all the possible infiltration routes and also on the roads originating from Border. Night Patrolling on National Highway be intensified. Any input related to infiltration is disseminated to all concerned on a real-time basis.

All Border Police Stations/ Police Posts, VDC's be strengthened and proper briefing is given to them by Supervisory offices regarding nature/importance of duties to be performed by them. Besides, ADGP Jammu further stressed timely intelligence collection and sharing, proper coordination among all the agencies, Army, PMF, Traffic and Security wing in their respective areas of jurisdiction for smooth conduct of the National event.