Gorakhnath Temple attack accused 'was in touch with ISIS 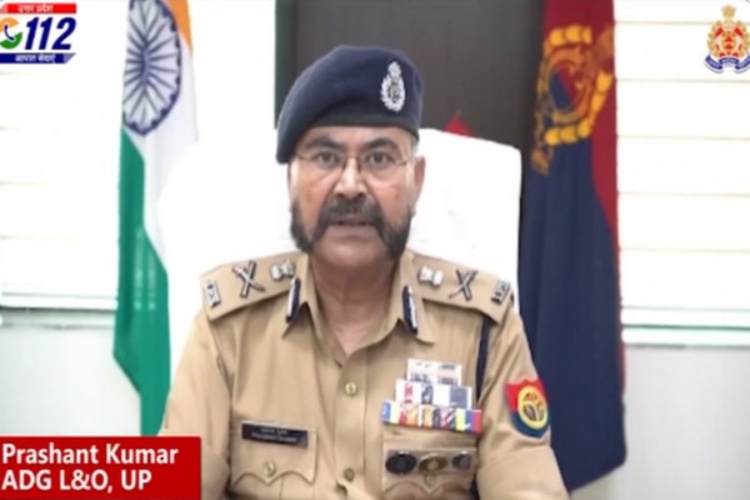 The accused in the Gorakhnath Temple attack case was in touch with the fighters and sympathisers of the proscribed terror outfit Islamic State of Iraq and Syria (ISIS), said Prashant Kumar, Additional director general of police (Law and Order), Uttar Pradesh Police.

Kumar on Sunday was sharing the snippets from the investigation by UP Anti-Terror Squad (UP ATS) in connection with the Gorakhnath Temple case where accused Ahmad Murtaza Abbasi on April 3 forcibly tried to enter the temple premises and attacked the on-duty police personnel with a sharp weapon. Kumar informed that the accused had the intention to carry out a big operation after snatching the weapon.

"He conducted a lone wolf fatal attack at the southern gate of Gorakhnath temple and attempted to snatch the rifle of security officials on duty. His intention was to conduct a big operation after snatching the weapon," he said. The Anti-Terror Squad during the course of its investigation analysed various devices and social media handles possessed by the accused. "After investigating accused Ahmad Murtaza Abbasi by UP ATS, data analysis of many of his e-devices, his various social media accounts like Gmail, Twitter, Facebook and E-wallets was conducted," said the police officer.

"The accused, via his bank accounts, sent around 8.5 lakh Indian Rupees to support ISIS terror activities via organisations related to ISIS supporters in different countries in Europe and America. He sent various arms - AK47, M4 carbine and other missile technology, via internet," he added. Sharing the criminal history of the accused, ADG said, "He was arrested by Bengaluru Police in 2014 for being in connection with ISIS propaganda activist Mehdi Masroor Biswas. He was influenced by terror organisations, radical preachers and ISIS-terrorism promoters."