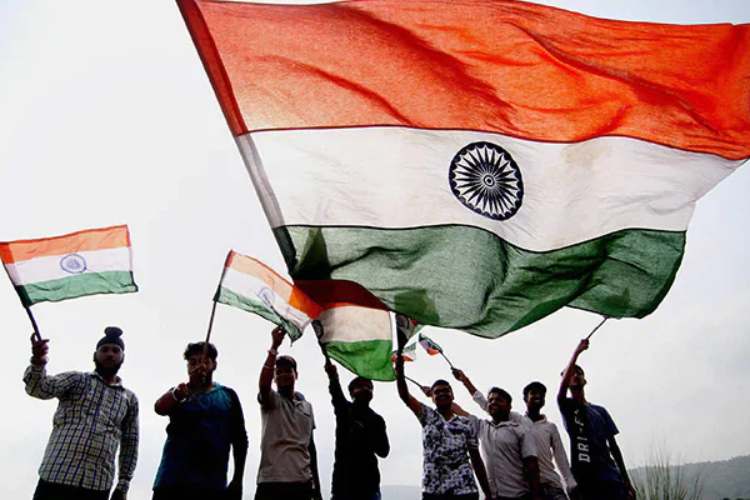 The 'Har Ghar Tiranga' campaign under the aegis of ‘Azadi Ka Amrit Mahotsav’ to encourage people to bring the Tiranga home and to hoist it to mark the 75th year of India's independence kicked off on Saturday.

The campaign will run till August 15.

A citizen, a private organization or an educational institution may hoist or display the National Flag on all days and occasions. There is no restriction on the timing of flag display.

The government has amended the Flag Code of India to allow the tricolour to be displayed in the open and on individual houses or buildings day and night.

The Flag Code of India was earlier amended in December last year allowing the use of polyester, apart from cotton, wool, silk and khadi for making hand-spun, hand-woven and machine-made flags.

‘Azadi Ka Amrit Mahotsav’ is an initiative of the Government of India to celebrate and commemorate 75 years of independence and the glorious history of India's people, culture and achievements.

ALSO READ: VVIP’s washerman and his love for national flag

Meanwhile, Prime Minister Narendra Modi had urged citizens of the country to use 'tiranga' as their profile picture on social media accounts between August 2 and August 15.