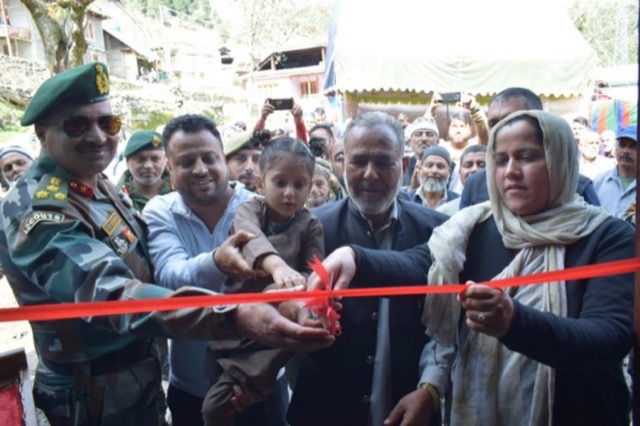 Inauguration of the Walnut processing plant at Karnah

A walnut processing plant has been established by the Indian Army in Jammu and Kashmir's Karnah division in Kupwara district which is famous for its walnuts across the world.

"A walnut processing plant funded and constructed by Indian Army was inaugurated here at Parada village close to the Line of Control (LoC). Shakti Vijay Brigade was instrumental in making it a reality," reads the official note. The plant will enable farmers in the area to fetch better prices of their produce by packaging and branding the walnuts through the machines installed in the processing plant.

"This plant will lead to economic benefits and avenues for self-employment in the region," said Brigadier S P Consul. Villages of Parada, Amrui, Panjtara, Pingla, Pingla Haridal and Bahadarkot etc will benefit from the small scale venture.

ALSO READ: 8 dead, over 20 injured in bus accident in Karnataka

"Efforts are also being made by Indian Army to establish two to three more such plants in Karnah so that entire tehsil can benefit," said Indian Army. The plant was inaugurated by Brigadier S P Consul, Commander of the Brigade, BDC Chairman Tithwal Mr Nishada Bano, Sarpanches of the villages and villagers.