In what is seen as an anti-women diktat, Shahi Imam of Jama Masjid Syed Ahmad Bukhari has ordered that women coming alone or in groups will not be permitted inside the historic Mughal-era Mosque in Delhi.

The Jama Masjid administration issued an order on Thursday banning the entry of women coming alone or in groups to the historical place in Old Delhi. The order was pasted at the entrance of the mosque. 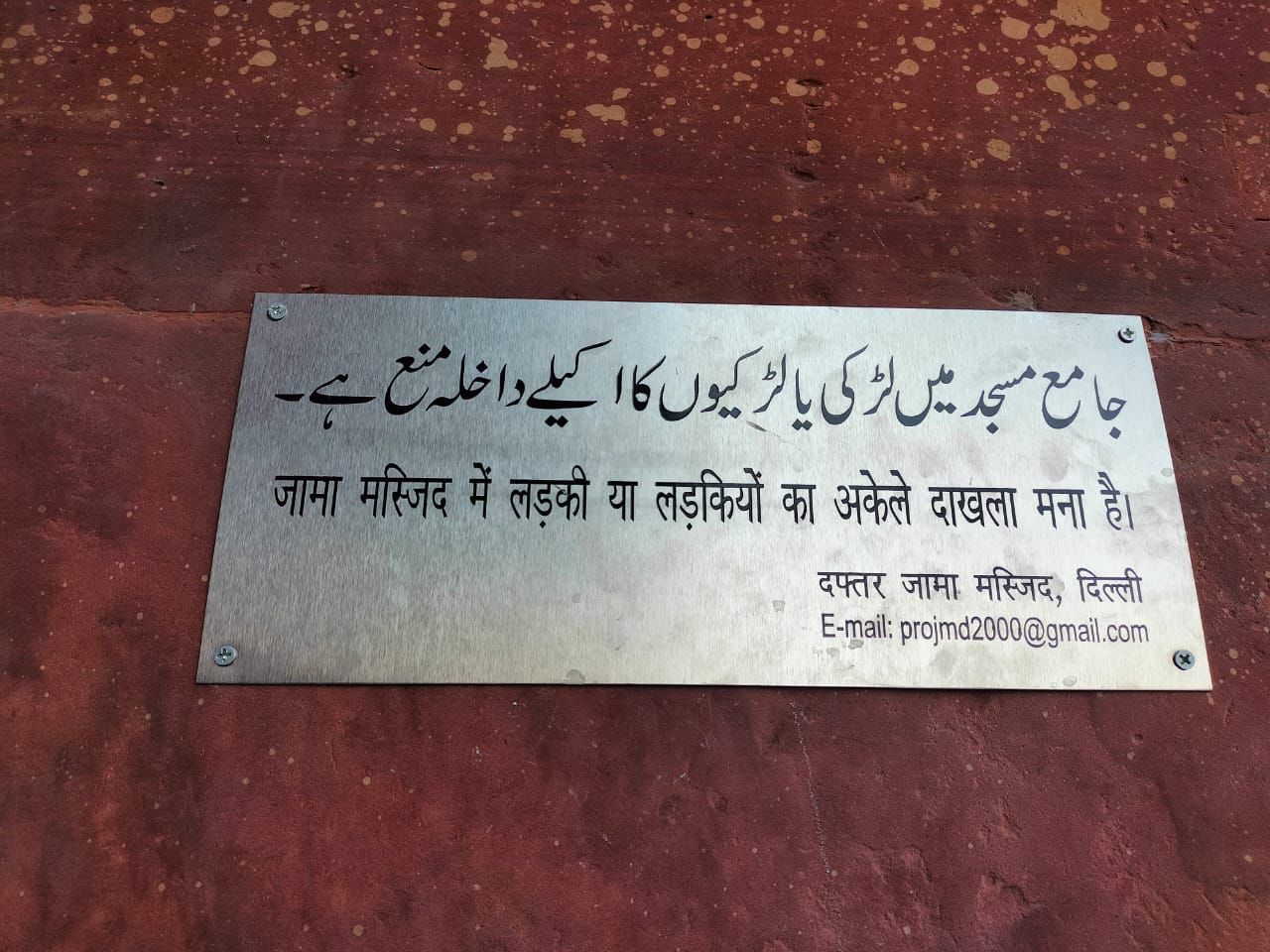 The signage at the entrance of Jama Masjid

Sabiullah Khan, Public relation officer of the Maja masjid, claimed “there is no restriction on women coming with families or married couples.

This is essentially a violation of the fundamental rights of women and the Delhi Commission for Women chief Swati Maliwal has issued a notice to the Jama masjid authorities on this.

Her post triggered a debate on Twitter with many people asking Maliwal not to meddle in religious affairs while some supported her action and suggested she led a women’s group to storm into the mosque.

It's good decision becz jama masjid is place of worship not tourism place , you don't have any right to tell us how many rights in our religion?

Shahi Imam Syed Ahmed Bukhari told Awaz-the voice that the ban was in view of the men and women coming for enjoying themselves and using the mosque premises for objectionable and recreational activities. However, he claimed that the caretakers had been objecting to and warning the young couples visiting the mosque for purposes other than praying and offering namaz.

He could not explain why only women were banned and not men.