Zafar Sareshwala, former Chancellor of Maulana Azad National Urdu University who is promoting modern education in madrasas spoke to Malik Asghar Hashmi, editor, Awaz-the Voice (Hindi), on issues that matter to Muslims in India. In the second part of this conversation, Sareshwala spoke on the use of loudspeakers in mosques, Dharma Sansad in Haridwar, and Madrasa education. Excerpts from the Conversation:

The Muslims often ask what the government was doing for them. We talk about rights, but not about duties; what is the reason for this?

The governments can only facilitate; they cannot do more than that. You will have to live with the government of the day. India is not a social security state where people get the dole. Government schemes are open to all. The problem is that a large section of Muslims does not even know about these schemes. The philanthropist and the educated Muslims will have to educate the community on this. No government officer will deliver services at doorsteps. One has to work to avail the benefits of the schemes.

On any issue, we, the Muslims don’t want to change our thinking and behaviour, especially regarding azaan, madrasa, and the use of loudspeakers. How to change this?

Not more than four percent of children study in madrasas. Also, during the last few years, madrasas have undergone a sea change. English, Maths, Science, Computer, etc. are taught in most of these. The students of madrasas write the 10th and 12th exams through the National Open School. I found many madrasa children preparing for the exams like CLAT. A change is happening slowly and it is more visible in Gujarat. In many areas of Bihar, Bengal, Assam, and UP, there is a rise in education among Muslims. The Change is slow yet steady.


As far as azaan is concerned, it’s a religious duty. However, it is not a duty to give azaan through the loudspeaker. It is not a big issue. I believe that the one who offers Namaz does so irrespective of the azaan; those who skip Namaz do so even after hearing azaan. If there are non-Muslims around the mosque, they will have trouble with it. So, it is proper not to give azaan through the loudspeaker. This should not be such a big issue.

Will the modernization of madrasas improve the standard of education among Muslims?

I have said earlier also that only four percent of the children are in the madrasas; the rest are outside. Change is coming in the section of Muslims outside the madrassa as well. That is happening the way admissions are being done in the school. The system is much better now. The drop-out rate of Muslims in classes VIII and XII is also decreasing gradually.

Go to any medical, engineering, or professional college, you will see more Muslims than before. Each year more children are appearing in the UPSC exams. This is a change. During my tenure in the Maulana Azad Urdu University, I saw to it that a large number of madrasa children should appear for class 10th and 12th examinations and go to college. This was my attempt at changing things. I didn’t say anything to the management of the madrasa. I only told them to continue teaching well. I told them that all they have to do is get students enrolled in the National Open School. They must leave the madrasa by appearing for class 10th and 12th examinations. He can leave Madrasa as an Alim, after his 12th.


Till that time, I didn't know that many Indian universities recognise the curriculum of some 200-250 madrasas for admission into degrees courses. So this way, a student can go into a college from the madrasa. When I left Maulana Azad University, I think one of my profound works there was the identification of 250 madrasas in 2015. Maulana Azad University offered admission to pass-outs from these madrasas. For this, we created a bridge course. The students will have to do a bridge course and from there they can thus join any degree course be it engineering, pharmacy, or Economics.

Many such things developments are happening. Our children must take advantage of it.

The picture of Muslims can be changed by promoting sports, but Muslim organizations do not work in this direction, what is the reason for this?

For the followers of Islam, it’s mentioned in Hadith-e-Pak that the Messenger of God has said that the person who leaves for his work after the prayer of Ishraq, (early morning) gets Allah’s blessing and meets success. Ishraq prayers are offered immediately after sunrise. If one goes to a Muslim locality today, there is total silence. The people who used to start their day with morning Namaz, these days wake up 10-11 am. Living in the city they have the facility of Tikka and kebab shops remaining open in their localities past midnight. How will people wake up early after remaining awake way past midnight?

Workout and exercise are part of our deen (religion). I think we also need to focus on this side. Earning medals is not the only way. In countries like England, America, there is heavy traffic in the morning. Everyone starts office at nine o'clock. Those who get up early also do exercise and also finish their work early. Muslims need to pay serious attention to this. You are right that we never paid attention to this.

Apart from a place of prayers and madrassas shouldn’t the mosques be converted into sports centers and information centers?

Many madrasas have arrangements for sports. In the evening the students of the madrasa play volleyball and football. I started sports when I was at Maulana Azad University. The university's cricket team was formed. I called the former Indian captain Mohammad Azharuddin, who lives in Hyderabad to build a cricket academy there.

In the olden days, mosques were not only for namaz or pontification. It was a place where people's issues were resolved. These days there is a need for the mosque to remain operational 24X7; everything should be available there and current topics should be discussed. Attention should also be given to the problems being faced by the people. For this, the mosque can be a very good information center.


I have seen the Mecca Masjid in Madras (Chennai). It is on the main street of the city. The mosque runs a UPSC exam preparation center. There is a boys’ hostel on the first floor. On the other is the girls' hostel. There is a library on the top floor. There are educational programs for children. Every year three-four students from this center crack the UPSC exam. Although it is a mosque, it’s a great model. We should think in this direction.

What needs to be done for the changes to happen to the Muslims in the next 20 years?

I will talk only about my subject. Muslims should fully engage themselves in education. It's not about literacy; it’s even about IAS-level education. In whatever field the Muslim goes, he must study till the last level. If you study Sanskrit, become a pandit. Read Arabic; go to Madrasa; recite the Quran, or go to Fika. If you go into engineering, study till the highest degree. When the Muslims decide that they want to get educated, everything will fall in place.

We all can do this. We don't need anyone's help with this. There are so many schemes of the government regarding education; everyone gets a scholarship easily. Many societies and institutions can help. Businessmen like me; others who are highly educated need to show the way to the youth of the community. People should come forward for this.

Nowadays there is uneasiness among Muslims regarding what was at Dharam sansad in Haridwar. Should a Muslim ignore such an event or take recourse to the law, what is your suggestion?

It’s the responsibility of the governments to deal with such situations. Many Hindu leaders have written against Dharma Sansad; they have said those people (who spoke against Muslims) have nothing to do with religion. Now, slowly the authorities have started acting against them. The government will have to do this. If the government does not take action against such people, it will be their loss.

I tell the Muslims that there is no need to react to what was said there. They are causing harm to themselves. These people are using the garb of religion. Like we have people from ISIS, Al Qaeda, or Daesh. They call themselves Islamic, but they are neither Islamic nor do they have any relation with Islam. These people are using Islam; So are these (Dharam sansad) people. They have nothing to do with the Hindu religion. There is no need for Muslims to feel nervous. Muslims don't even need to answer them.


You do this only because you come into Ishteyal, you react. I understand that a Muslim should do his work in silence, whatever he has to do. Don't react at all. They (Dharam sansad participants) are harming the Hindu religion. Remember it's not that only a few planes that were hijacked on 9-11; Islam was hijacked on that day. It was the responsibility of people like us to help in taking action against those who had hijacked those planes. The same holds for Hindus; it’s their responsibility to name wrong people from among them.

It’s being projected that Dharam Sansad is the handiwork of the Sangh (RSS); while it’s trying to bring Muslims and Hindus closer. When RSS speaks of the common DNA of Hindus and Muslims, how will they talk about genocide?

Think of it: those who spoke about genocide, who do they abuse the most? Their target is (Mohan) Bhagwatji. You must have the expletives they used against our Prime Minister or for BJP ministers. Members of a decent society don’t speak like this.

When Bhagwat sahib said that our DNA is one, they started abusing him. These are the people whom even Bhagwatji cannot tolerate and Narendra Modi can't stand. I also meet the people of the Sangh. We do keep talking. They too were disturbed at the genocide remarks made in Haridwar. They said this is not the Hindu religion. The responsibility of Hindu society and those who belong to the RSS is to show make elements their real place. It’s their responsibility and Muslims need not worry. 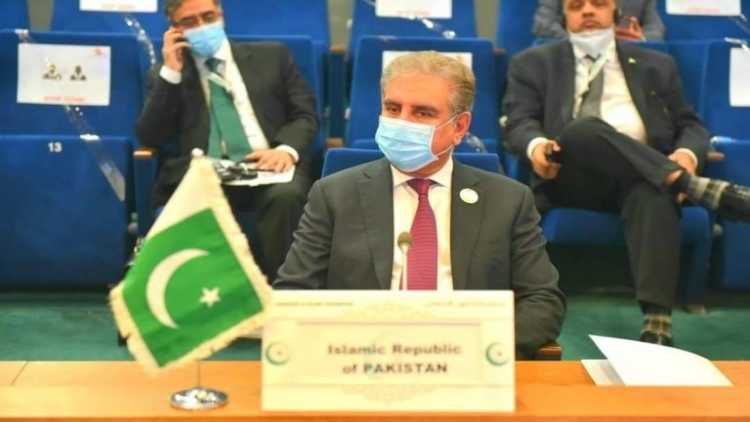 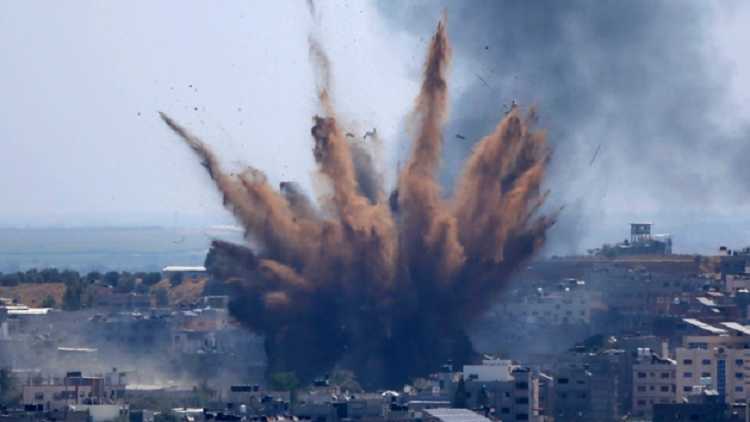