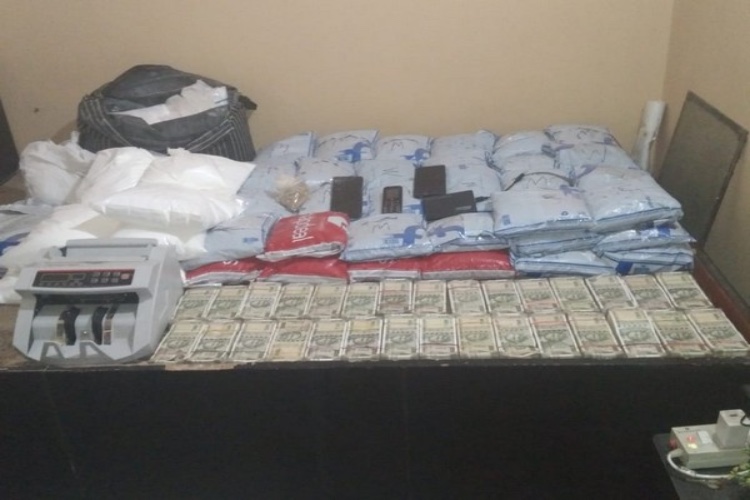 The Narcotics Control Bureau (NCB) Delhi zone has seized 50 kg of "high-quality" heroin from a residential premise in the Jamia Nagar area of Delhi's Shaheen Bagh, the agency informed on Thursday. A person of Indian origin has been arrested in the case.

As per Deputy Director General (DDG) Operations of NCB, Sanjay Singh, the seized heroin originated from Afghanistan and drug money is suspected to be channelled through hawala.

The 47 kgs of suspected narcotics have been sent to a laboratory for testing. He further added that the drugs were kept in backpacks and jute bags and were wrapped in packets of e-commerce companies.

The agency has also raided locations in Punjab, Uttar Pradesh, Delhi and Haryana, due to suspected links with this international drug syndicate.

Singh informed that the syndicate smuggled goods to India through the sea, and border routes, wherein they would hide heroin in legitimate goods and cargo. "The heroin was subsequently extracted from these goods by the Indian members of the syndicates," he said.