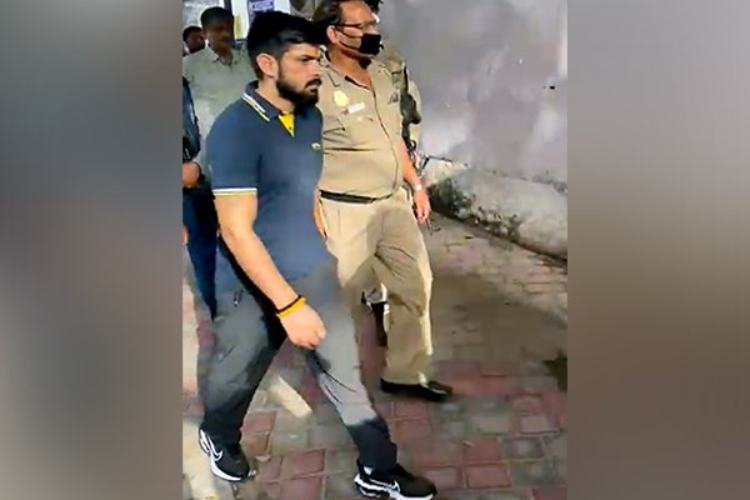 The National Investigation Agency (NIA) on Thursday took custody of jailed gangster Lawrence Bishnoi in a case related to a terror criminal nexus.

The case pertains to a conspiracy hatched by members of a criminal syndicate/gangs based in India and abroad, to raise funds, recruit youth to carry out terrorist acts in Delhi and other parts of the country to execute sensational crimes.

All such criminal acts were not isolated local incidents but were part of a deep-rooted conspiracy amongst terrorists, gangsters, drug smuggling cartels and networks, operating from both within and outside the country.

It was found that most of the conspiracies were hatched from inside the jail by Lawrence Bishnoi and were being executed by a network of criminal operatives/cadres based in India and abroad.

Pertinently, the arrested gangster is involved and wanted in many cases, including the conspiracy to carry out targeted and sensational killings in Punjab, Haryana, Chandigarh, Himachal Pradesh, Rajasthan and Delhi for more than a decade.

Investigations have revealed that Lawrence, along with his brothers Sachin and Anmol Bishnoi and associates, including Goldy Brar, Kala Jathedi, Kala Rana, Bikram Brar and Sampat Nehra were also raising funds to carry out all such terror/criminal activities through smuggling of drugs and weapons and widespread extortions.