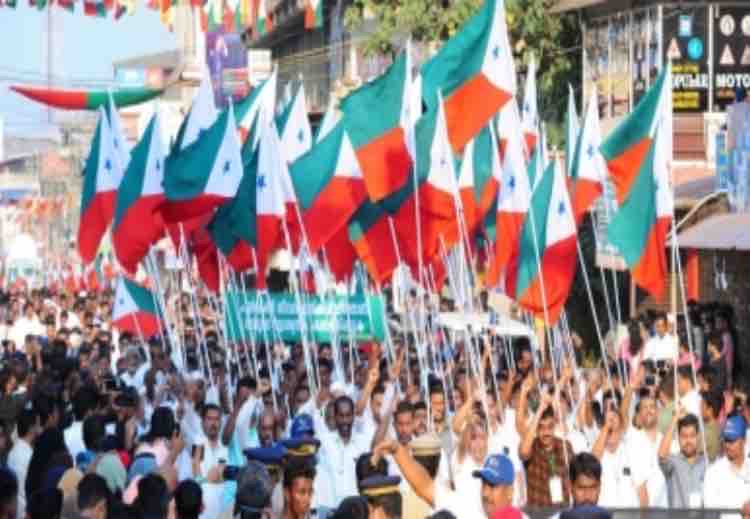 In a latest action against the banned Popular Front of India (PFI), the Delhi Police have arrested two of its active members from the Khajuri Khas area in the national capital.

The accused were identified as Israr Ali and Mohammed Samoon. An FIR against them was filed under sections 153-A of IPC read with sections 10 and 13 of the Unlawful Activity Prevention Act. Inspector Radhey Shyam had lodged a complaint in this respect. Now Assistant Commissioner of Police, Udayveer Singh will probe the matter.

"We have arrested the banned organisation members and are looking into the matter," the police said.

Recently, four PFI members were held after an FIR was lodged with the Shaheen Bagh Police Station. The Ministry of Home Affairs had on September 28 declared the Popular Front of India (PFI) and its eight affiliates "unlawful association" for five years under the Unlawful Activities (Prevention) Act, 1967.

This ban came shortly after the NIA, ED and various state police forces carried out a coordinated nationwide crackdown on the PFI.

In 2019, the Uttar Pradesh government sought a ban on the PFI for its alleged involvement in anti-CAA protests in parts of the state. The Central government's ban on the PFI was imposed on several counts centred on terror, including terror funding and training.

Consequently, hundreds of its leaders have been apprehended in the past few days.

The specific reasons for the Union government to ban the outfit pertains to the PFI's efforts to radicalise vulnerable persons of a community, its links to other terrorist organisations, including the ISIS, and more significantly, posing a threat to India's internal security by way of involvement in major violent incidents that point at the PFI.