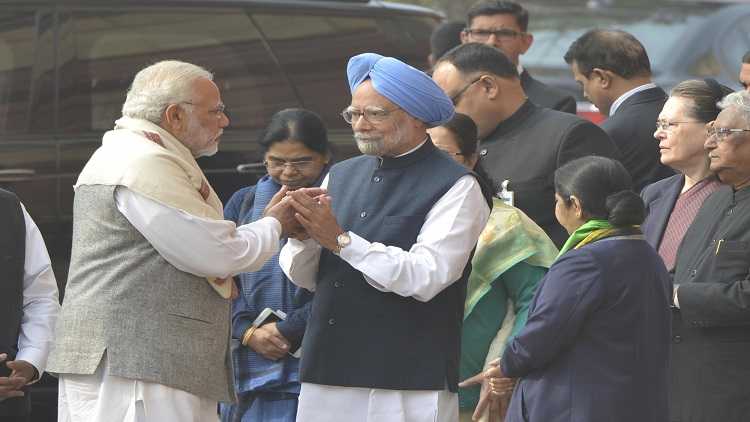 Former Prime Minister Manmohan Singh on Sunday wrote to Prime Minister Narendra Modi, putting forward five suggestions to the government including ramping up the vaccination program and giving approval to the vaccines cleared by European agencies or USFDA.

Manmohan Singh in the letter said, "I have some suggestions in this regard. In making them I want to emphasise that I am putting them forward for your kind consideration in a spirit of constructive cooperation in which I have always believed and acted upon."

In his suggestions, the former Prime Minister said that the government should publicise what are the firm orders for doses placed on different vaccine producers and accepted for delivery over the next six months and the government should indicate how this expected supply will be distributed across states based on a transparent formula.

"The central government could retain 10 per cent for distribution based on emergency needs, but other than that, states should have a clear signal of likely availability so that they can plan their roll out," he said.

In the vaccination, states should be given some flexibility to define categories of frontline workers who can be vaccinated even if they are below 45 years of age. India has emerged as the largest vaccine producer in the world, thanks to policies adopted by the government and robust intellectual property protection. The capacity is largely in the private sector. At this moment of a public health emergency, the Government of India must proactively support vaccine producers to expand their manufacturing facilities quickly by providing funds and other concessions.

He also said that this is the time to invoke the compulsory licensing provisions in the law, so that a number of companies are able to produce the vaccines under a licence. Since domestic supplies are limited, any vaccine that has been cleared for use by credible authorities such as the European Medical Agency or the USFDA, should be allowed to be imported without insisting on domestic bridging trials.

"We are facing an unprecedented emergency and, I understand, experts are of the view that this relaxation is justified in an emergency. The relaxation could be for a limited period during which the bridging trials could be completed in India. All consumers of such vaccines could be duly cautioned that these vaccines are being allowed for use based on the approval granted by the relevant authority abroad." He said.

Manmohan Singh said that its over a year that people have been grappling with the Covid-19 pandemic, and with the second surge that we are currently witnessing, people are beginning to wonder when their lives will get back to normal.