Waqf board should have elections like SGPC: Imam Ilyasi 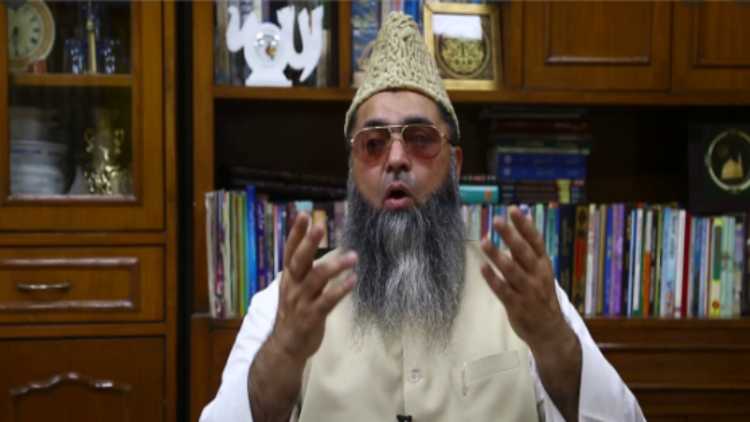 , Imam Ahmad Umar Ilyasi, Chief, All India Imam Organization says the Imams will no longer read Nikah in case the families of bride and the groom have transacted dowry and indulged in show-off. He says Ayesha's suicide in Ahmedabad was a wrong act and so was of those who made her video viral. Malick Asgar Hashmi, editor, Awaz-the Voice, Hindi, had a long conversation with Imam Umer Ilyasi on issues confronting the Muslims and the nation. Ecxperts from the second and last part of the interview:

What should Muslims do to become strong at the educational, social and economic levels? Where did we miss the bus?

I had always said that Muslims lag behind in Education and we should fix this gap. We should put all our energy and focus on opening more schools, colleges and universities. The crores of rupees spend on a wedding should go towards setting up a university. It will help us.

I wish to say that all the Muslims haven’t given priority to educating girls. I want to tell them that they must send girls to schools and colleges since educating a woman is educating a family. Only when we all contribute towards the progress of India only then India will become stronger and no country will be able to compete with us.

I think we just have to focus on education and work hard. As our Prime Minister has said that every man should work hard in whatever field he is in and try to make India a global guru in the.

The government wants to do a lot of work on the modernization of madrasas and yet there are some among us who oppose it. Why is it necessary to have mordanisation?

In madrasa, we should impart education in both religion and the worldly matters. If a child attending a madra is able to learn computer, language, writes English, learns the mathematics, then it’s a good thing.

The world is changing. Go to America and you would see everything is taught in a madrasa there. I was invited to a madrasa in England called Darul Uloom, London. When I saw the madrasa, I was very surprised; I was happy to see a good setup in which students are imparted education in both the deen (religion) and the world.

If the composite education comes to our madrasas through modernisation then it is a very good thing. The children going there will grow as good humans by getting education in deen and the world. That way they will get to learn more and others. For these reasons we feel mordenization is a must. That way along with others we can contribute to improving the system of education in our country.

It has to be understood that while on one hand you say that Imam is the leader of the community; he is also considered to be rich, the elderly who leads you in Namaz. The reality is the poor Imam is there from the time you are born, through your nikah and up to your funeral. He works 24 hours of the day. He prays for you sitting inside the mosque. Doesn't he have awife have children to take care of?

It is not good to treat an Imam in this way. Because of it, the Imam’s position has weakened. He is managing to pull on only because he has patience. I visit them in big cities where their salaries are around Rs 5000 to 6000 or maximum Rs 10,000.

It is a shame that above all you consider that Imam as a slave, a servant. People should be ashamed of it; people of the community should feel ashamed of treating their Imams this way. Rich people spend crores of rupees to build a mosque and never care for thee condition of the Imams. There is a dire need to improve their condition. India has a law on minimum wages. Hashmi Saheb, Let me tell you, as per the law of the Labor Ministry of India, the minimum wage is fixed at Rs 19,500. We want the Imam to perform his duty 24 hours and we can understand his condition needs to be improved. The community needs to pay attention to the work of the Imams, sadly but it is not happening.

Because Imam has patience; he is not cursing you. Let’s not test his patience any more. Always keep in mind that the imam in your neighbourhood mosque is suffering and that is not the right thing to happen. If you want happiness to spread in your locality, then make sure your Imam is happy too. I feel sad on this.

I am surprised to see the granthi in a gurudwara is paid Rs one lakh salary; he is also given a car as perk because they are responsible for the education of their children. Go to the churches, the pastor gets one lakh rupees, you go to the temples and monasteries, the priests are paid in lakhs. The Imams should get at least 50,000 rupees for his expenses and every mosque should be concerned about it. Those who are listening to my voice must realise their responsibility or they will have to answer the Allah. Imam’s position has been weakened; pray for him and don’t let him feel bad for himself. Come, let us all pray today that we will appreciate the Imams of all mosques and improve their financial condition. If we do this today, the country will surely progress. If we did not think for the Imams, the community would not progress.

There is a very important issue if the Imams is given some part of Waqf's property, how should it be done? The government and the Imam Organization should look into it. Can you not take initiative in this direction

In 1993, my father Maulana Jamil Ahmad Ilyasi fought a long legal battle in the Supreme Court. The Supreme Court gave a historic verdict by giving the Imams the status of first class workers. And the Supreme Court had told all the Mutawaliis, the managing committees, the Waqf Board and all of them that whoever pays salaries to the Imams, it should match the salaries of the  First Class officials

That is said by the Supreme Court. I understand here you are referring to the Waqf Board that is the property of the community. If we get sustenance for Imams out of it then we will be self-sufficient. Let me say one more thing: the way the Gurdwara Prabandhak Committee runs its own system and they have elections has made them self- sufficient.

For this reasons the Sikhs have made progress. There is a problem with our mosques today; the Waqf Board property is being looked after by the government. For this reason, the government holds the elections of these bodies and it will run these as per its ways.

We can follow the Gurudwara Management Committee that has separated its election from its system. If the Waqf board is handed over to us and we hold election on the similar lines, then the situation can improve. We should raise our voice for handing over the waqf properties worth trillions of rupees and those are meant for the welfare of the orphans and the poor and also the wedding of Imam’s children. These properties are misappropriated and we have to raise our voice against it.

What is your message for the Muslim youth on this? The young Muslims today want to be told what his role in changing the situation is?