Gulmarg Church on Christmas (Twitter)
Srinagar
The renovated and restored historic Saint Luke’s Church in Srinagar attracted the largest gathering of Christians and others on Christmas day in Srinagar. Among those who attended the Christmas mass was the Mayor of Srinagar Junaid Mattoo and the Secretary of Srinagar Municipality, Athar Aamir Khan. 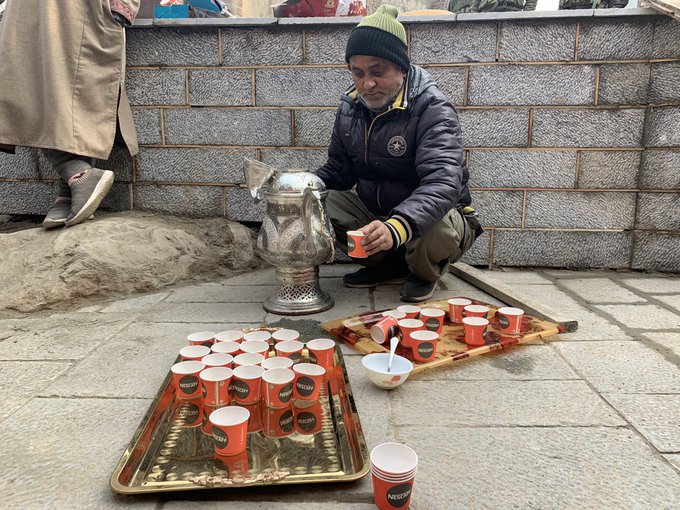 Both these young Kashmiris have been at the forefront of the project and have played a key role in its restoration.
Kashmir’s beautiful church situated in the middle of Gulmarg also looked fabulous on the occasion. It looked like a light in the middle of the snow-covered meadow as people posted its pictures on social media. 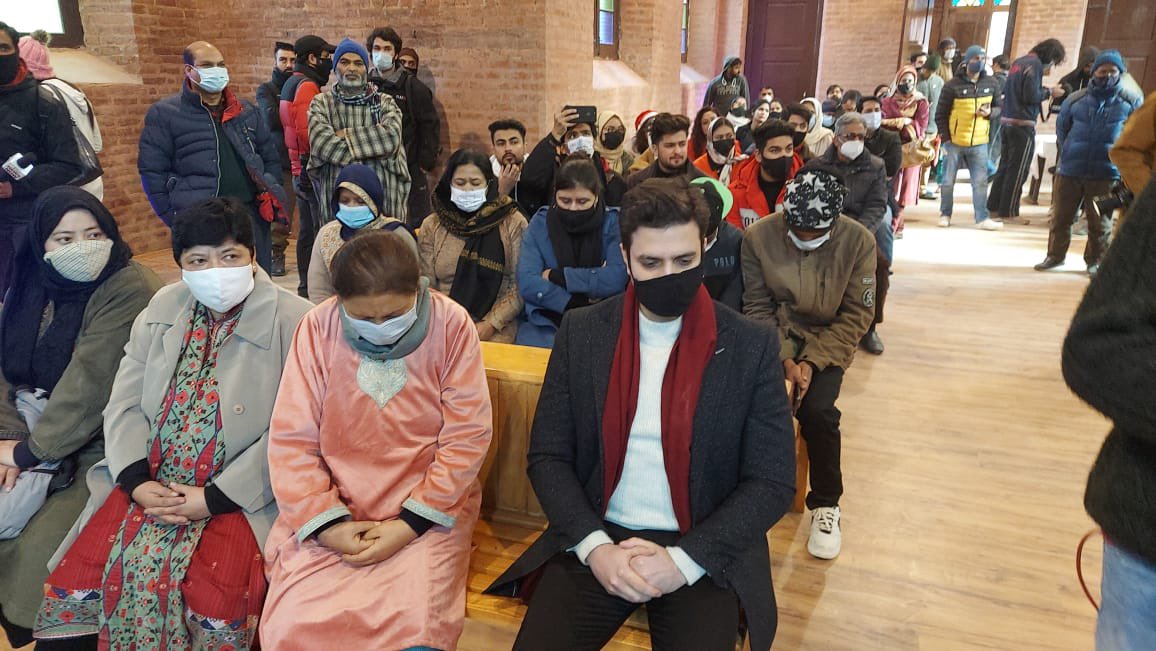 Mass being offered at the Church
The local Muslims were seen serving Kehwa Kashmiri tea to the devotees outside the church.
The Church built by an English doctor was in a dilapidated condition and its building has decayed to the point of no return.
The 125-year-old Church has been reconstructed, renovation and restored to its original glory under the Smart City project.