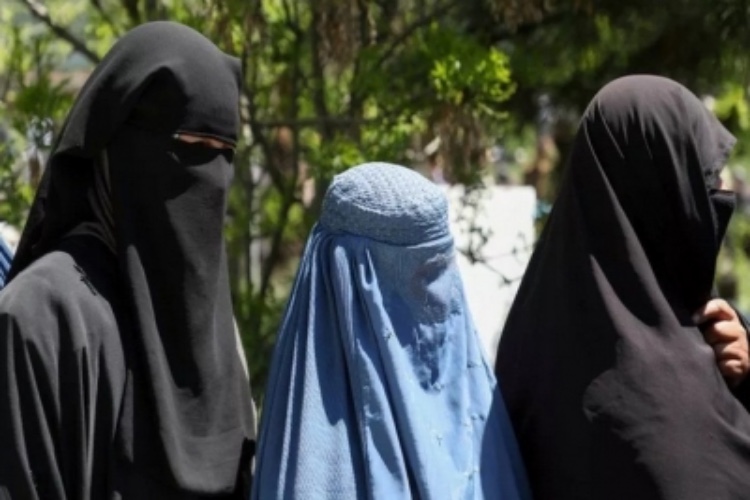 The Taliban-led government's Ministry of Promotion of Virtue and Prevention of Vice have stuck posters across Kabul to remind women to wear a hijab, the media reported on Monday.

The posters, seen across the capital city on Sunday, say: "Based on the Sharia law, a Muslim woman must observe hijab because this is a commandment of Sharia law," Khaama Press reported.

The posters include two portraits showing two different kinds of hijab namely, a black Abaya covering the whole face including eyes, and a full-body blue garment (burqa) which is a traditional outfit for women in Afghanistan.

Ministry officials have said that the placards were only to remind the women to wear a hijab but not forcefully. Nearly five months after regaining power, the Taliban has reclaimed its role as the enforcer of the group's radical interpretation of Islamic law.

In a spate of decrees issued in recent weeks, the Ministry has imposed restrictions on the behaviour, movement, and appearances of residents, particularly those of women and girls. Most recently, women and girls without a close male relative accompanying them were banned from entering coffee shops in Herat province.

According to a Taliban official in the province, coffee shops serve as a convenient place for most of the moral corruption something has misled the youths in Herat. Last month, the Taliban ordered shop owners to cut off the heads of mannequins, insisting they were un-Islamic and announced that women seeking to travel more than 72 km should be refused transport unless they were accompanied by a close male relative.

The advisory distributed by the Ministry for the Promotion of Virtue and Prevention of Vice also directed all vehicle drivers to refrain from playing music in their cars and not to pick up female passengers who did not wear an Islamic hijab covering their hair.

Since then, Taliban religious police have erected checkpoints across Kabul to inspect whether taxi drivers were complying with the orders. The Taliban has also shut down all public bath-houses for women in the northern city of Mazar-e Sharif. Such facilities are considered crucial because many Afghans do not have access to heating or electricity at home.