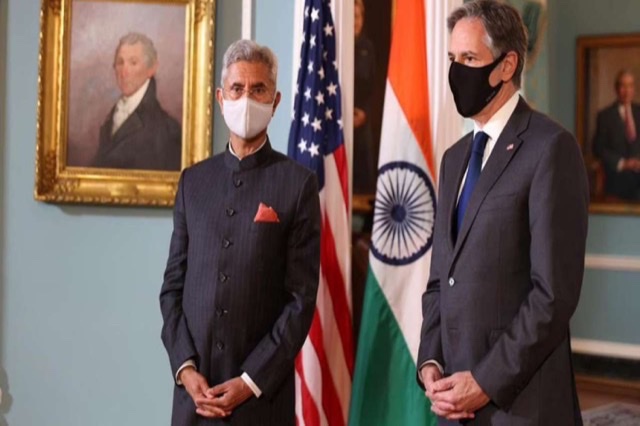 US Secretary of State Antony Blinken said that the United States is calling on all nations not to have major weapons transactions with Russia. He made these marks after the conclusion of the 2+2 Ministerial Dialogue between the defence and foreign ministers of India and the United States.

"We continue to urge all countries to avoid major new transactions for Russian weapons systems, particularly in light of what Russia is doing to Ukraine," Blinken said when asked whether Washington is considering imposing sanctions on India over procuring S-400 air defence systems. "We have not yet made a determination regarding potential sanctions or potential waivers under the CAATSA law."

"On the issue of future systems, we are engaged in active discussions with India on how to best support their modernization needs. As we look at the future, we want to make sure that we maintain the ability to operate together, and so we look forward to those continued discussions, and it also includes a range of options that would make our systems more affordable," Austin said on Monday.

India uses several Russian-made weapons, including tanks and missile systems, and has signed deals, including the purchase of Russia's S-400 air defence system. Amid the ongoing conflict in Ukraine, India has refused to sign join the Western sanctions against Russia despite the looming threat of Countering America's Adversaries Through Sanctions Act (CAATSA).