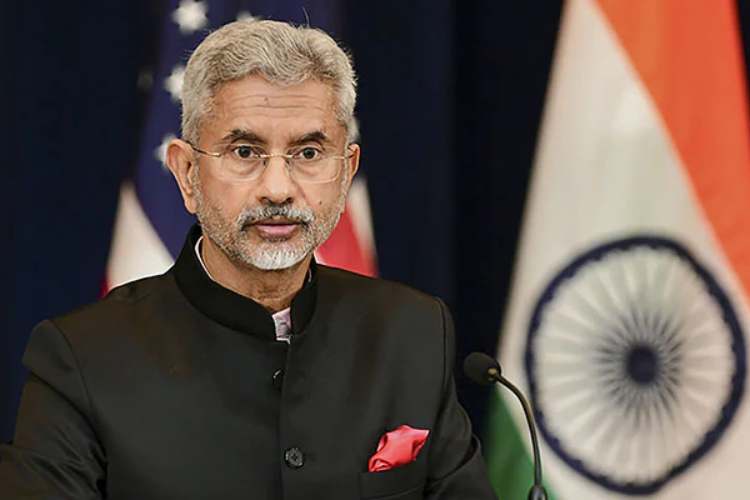 India's External Affairs Minister S Jaishankar has said that Prime Minister Narendra Modi's recent remarks to Russian President Vladimir Putin - that "today's era is not of war" - in the context of the invasion of Ukraine were consistent with the existing Indian position.

Addressing reporters on Wednesday at the conclusion of his 10-day tour of the US, Jaishankar also said that the UN Security Council reforms and counterterrorism will be the focus of India's presidency of the elite world body in December.

The minister's Washington DC visit was packed with back-to-back meetings with officials - including a working dinner at Secretary of State Antony Blinken's home, but it was marked most starkly by considerable excitement on the American side over Modi's remarks to Putin on the sidelines of the Shanghai Cooperation Organization's summit in Samarkand.

It was seen - from the White House and the larger administration to US congress - as a major reversal in India's position, from sitting on the from fence-sitting to truth-talking.

Jaishankar sought to tamp down the excitement somewhat, noting that India had been conveying the same message to Russia for a while, but privately. "The position that the Prime Minister took was consistent with a position that we have been taking earlier," he said.

He added the remarks were possibly "received and perceived in a way because it was a face-to-face meeting... I think it's understandable that a physical meeting made a stronger impact, than sort of a second-hand report."

Prime Minister Modi told President Putin on September 16, "I know that today's era is not of war and we have spoken to you many times on the phone that democracy, diplomacy and dialogue are such things that touch the world."

It was characterised in the West as a "rebuke" of the Russian leader.

Secretary Blinken was effusive in his response to a question about it at a press availability with Minister Jaishankar on Tuesday. He said that Modi's remarks "captured, as well as anyone I've heard, fundamentally what this moment is about. As he said, this is not an era, this is not a time for war. We could not agree more".