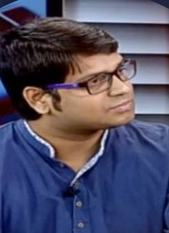 Bangladesh Prime Minister Sheikh Hasina turned 76 on September 28 to become the oldest and also the longest-serving woman leader in the world, largely credited for turning around her country, once left bloodied and devastated by Pakistan occupational forces. She has been Bangladesh Prime Minister since Jan 2009 and if one were to add her 1996-2001 tenure, she has overtaken Germany's former Chancellor Angela Merkel for her time in the top job.
No top leader in Bangladesh has served this long at the top since the birth of South Asia's youngest nation in 1971 following a bitter and bloody civil war in Pakistan that left nearly three million dead in eight months.
The war left Bangladesh in shambles but her father Sheikh Mujibur Rahman took over the charge in 1972 to rebuild the nation, a daunting task surely but left unfinished. In 1975 a bloody military coup left the country's founder Mujibur Rahman dead with almost his entire family. Only his two daughters, Sheikh Hasina and Sheikh Rehana survived because they were away in Europe.

Many detractors argued Bangladesh, as it hurtled from one disaster to another, was not a 'sustainable country'. Mujib's death sealed the fate of democracy as two successive military dictators-- Generals Ziaur Rahman and H.M Ershad--launched Bangladesh back on the road to Pakistan-type military-sponsored theocracy by legitimising Islamist parties and declaring Islam as the state religion, undoing secularism as a basic precept enshrined in Bangladesh's 1972 Constitution. No wonder, American author Lawrence Lifschultz sub-titled his book on Bangladesh as the "Unfinished Revolution."

A fierce nationwide street agitation brought down the military dictatorship of Gen Ershad in 1991, after which Mujib's Awami League, now helmed by daughter Sheikh Hasina, and Ziaur Rahman's Bangladesh Nationalist Party (BNP), led by his widow Khaleda Zia, took turns to head the government every five years.
That changed in the last decade when the Awami League, under Hasina's leadership, managed to win three successive elections. For Hasina, who as Opposition leader had survived a grenade attack in Aug 2004 and served time in prison during the military-backed caretaker government (2007-08), this has been an unbelievable dream run.
Not only has Bangladesh witnessed an amazing economic turnaround during Hasina's long time in power with its per capita income soaring past giant neighbor India and its human development indicators leaving other South Asian nations behind, but Hasina has also been able to successfully control a spurt in Islamist radicalism that had began to look dangerous during her predecessor Khaleda's 2001-06 tenure.
"Just when it looked Bangladesh was headed the Pakistan way and Islamist terrorism was looking dangerous, Hasina controlled it ruthlessly. Relative social peace has helped Bangladesh's success in no small measure, "says Sukharanjan Dasgupta, author of Midnight Massacre on the 1975 Bangladesh coup.
Hasina's achievements are manifold -- a phenomenal growth of development infrastructures like new ports, roads, and bridges, a new wave of gender empowerment unique in any Muslim-dominated country, a sustained growth in all economic indices like the GDP, exports, and manufacturing, controlling the Islamist terror groups after some deadly attacks and also attacks against the country’s Hindu and Buddhist minorities.
Under her the country managed to ride out the pandemic on healthcare and economic fronts to emerge as a top performer in Covid management, as evidenced by several international outlets including the likes of the Bloomberg index. Despite no local vaccine production capability, Bangladesh has achieved the World Health Organization's (WHO) goal of bringing 70% of the total population under universal vaccination coverage, outshining its neighbours. Moreover, lower death tolls than in many developed economies and the rolling out of stimulus packages in the wake of the lockdown, clearly validate the farsightedness of Sheikh Hasina's leadership skills.

Yet her opponents blame her for undermining democracy and even accuse her of turning Bangladesh into a police state. The Awami League's victory in 2014 was due to a boycott of the parliament polls by leading Opposition parties, which had expected to bring down her government through violent street agitations.  Five years later, the Opposition pulled out after a few hours of polling, accusing ruling party functionaries of rigging the polls.

Now the Opposition has announced it will not participate in the 2023 Parliament polls, alleging "no fair poll was possible under the Hasina government."  They have also started violent street agitations to oust the government at a time when Hasina is under considerable pressure from the West and the UN to hold" fair and inclusive polls."
US sanctions against 7 Bangladesh security officials for alleged human rights violations have come as a shot in the arm for the Opposition and the civil society groups by turning the spotlight on the human rights situation in Bangladesh.
But what has been conveniently ignored in that anti-Hasina rhetoric, was how the opposition founded by the country’s first military dictator Gen Ziaur Rahman, later succeeded by his wife Begum Zia and now run by their fugitive son Tarique Rahman, embraced the killers of Mujib and plunged the country into a pit of pro-Pakistanization, in a stark betrayal to the country’s founding bedrocks.
Under his watch, Gen Zia oversaw at least 19 coups within the armed forces to purge officers mostly freedom fighters who fought and won against the Pakistani forces in 1971 but later joined the country’s armed forces to keep up with the spirit to serve their motherland. Moreover, four key leaders of Mujib’s party were gunned down even after they were imprisoned, another marker of the sheer brand of terrorism championed by the opposition.

On the other hand, both military dictators were responsible for scrapping “secularism” from the constitution and later installing “Islam” as a state religion, the biggest boost for the radical forces that still hold considerable influence over BNP. The same force unleashed as many as 19 attempts to physically liquidate Sheikh Hasina, modeled after the 15th august massacre that eliminated almost all the Mujib family members.

When Begum Zia was at the helm, militancy raised its ugly head under direct state patronage, while in the corruption index the country topped five times, another pointer that testifies to the rampant corruption by top leaders of the party. Both her tenures (1991—1996, 2001—2006) marked unprecedented attacks on minorities, progressive thinkers, and AL leaders, the most glaring case of trampling rights abuses and blatant disregard for law and order. Even the celebration of the arrival of Bangla new year, known as Pahela Boishak, which heralded a new dawn of the country’s syncretic culture, has not been spared.
Even after boycotting the election in 2013 and aiming to foil the war crimes trial that ended the long agonizing forty years wait of millions of families awaiting justice, the same group perpetuated arson attacks on public and private vehicles resulting in hundreds of innocent lives burnt alive and targeted attacks on law enforcers. That worst bout of violence required tough policing to stymie the tide of firebombing, while another bout of terrorist attacks including the one on an upscale restaurant in the capital back in 2015 when foreign nationals dining at the restaurant were slayed, has been successfully neutralized, another vindication of the premier’s steely resolve to take those radical head on.

It is the same group that took to the streets in demand of the boycott of French products, deemed westerners as apostates, cheered on social media over the Taliban takeover in Afghanistan, dubbed India-made Covid vaccine as nothing but an Israel plot of injecting spy cams inside the human body and called for the removal of Mujib’s statue in his birth centenary and ran amok to dismantle temples during the last Durga Puja triggered by the rumor of a Hindu devote put an Islamic Holy book on the lap of a Hindu goddess.

As Bangladesh's growing economy runs into adverse global headwinds and Dhaka seeks IMF and World Bank much will depend on how well Hasina can manage the economy.
"If the Ukraine war continues and Hasina finds it difficult to manage an economic recovery, she will lose the trump card in her sleeves," says Sukharanjan Dasgupta. "But if she can handle the economy well, the tide will turn in her favour."
Hasina is every inch her father's daughter, whose memory both troubles and inspires her.
As Hasina is 76, she also needs to address the succession question. Whether she looks to someone in the family or some trusted political loyalist, this is an issue that needs attention.
On the foreign policy front, Hasina faces two major challenges-- to get the repatriation started of one million Rohingya Muslims who entered Bangladesh to evade ethnic cleansing by Myanmar army and to get a water-sharing deal on Teesta river signed with India.

During her recent India visit, seven Memorandum of Understanding (MOU) were signed between the two countries but the elusive Teesta agreement was not one of them. She insisted that should be done on 'an early date' but without getting a firm commitment from India. That spurred Opposition allegations that she has given India much and got little in return.

Similarly, failure to get the process to send back the Rohingyas is held out against Hasina because she opened her borders for them in 2017.
With its all weather ally Jamaat, BNP cadres and rioters have been hitting the streets with rods and sticks, attacking law enforcers and even swooping on journalists, let alone a veiled threat by a top leader of BNP’s affiliated body to restage another 1975, another telltale sign of the opposition’s fugitive leader Tarique Rahman, dubbed as a “symbol of violent politics” in a leaked US cable.
Yet amid challenges, Sheikh Hasina remains as the only hope for its pro-liberation people who have been witnessing their country taking the path of a prosperous nation in its fifty years of independence, and the next phase of elevation for their posterity.
ALSO READ: India fought for freedom of Bangladesh as world didn't care

"There is no doubt that Hasina has delivered on many fronts, particularly the economy and human development.  Poverty has sharply dwindled during her time. But she faces considerable challenges," says Dasgupta.


(Kamal Sahriar is a Dhaka based journalist)