When Deepa Sarai locality of Sambhal, Western Uttar Pradesh, hit the international headlines in 2016 after the arrest of its resident Mohammad Asif, the alleged head of Al Qaeda in the Indian Subcontinent (AQIS), his neighbour Badar Jamal Sahyl, was dreaming differently to make his city famous.

Sahyl, then a Revenue Sub Inspector, who also managed a tuition center, started the trend of parent-teacher meetings to nurture the idea of quality education.

Sahyl with the faculty of his coaching center

So far 30 students from his center have joined the Indian Army and state police services; 23 are studying in universities abroad. Several students, including girls, have entered universities like Jamia Millia Islamia, Aligarh Muslim University, Delhi University, MJP Rohilkhand University, and other institutions after clearing the entrance examination.

Interestingly, both Asif and Sahyl come from somewhat similar backgrounds: their landowning rich people who lost their fortunes to vagaries to time and their fathers are religious scholars. Both the boys were raised in struggle and penury.

Sahyl is reluctant to share details of his struggling days. “More than me, I want my work to be highlighted. It’s all about education and how it can change students’ lives and bring about change in our society. Youngsters of the area are keener than ever to achieve educational milestones in their lives,” says Sahyl. 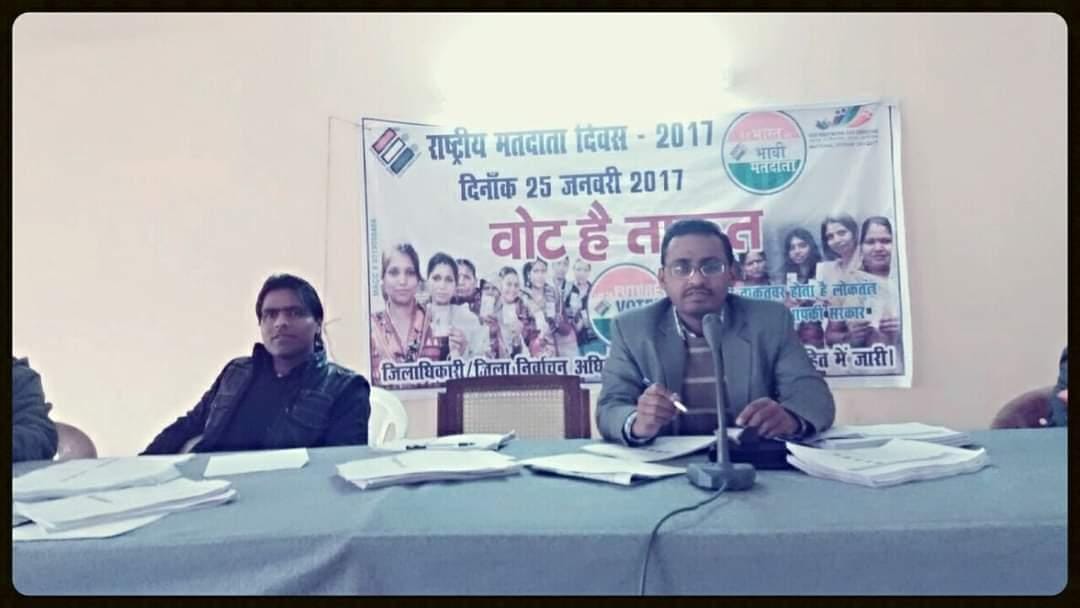 Sahyl during his days as a government servant

Recalling his early days, he says, “In 2016, when we started calling parents to our centre, it was for the first time in the city that any tuition centre did so. The idea was to make both teachers and parents responsible for the child’s growth. In our conservative and lethargic society, this experiment caused some hesitations, but it became successful. At the same time, we also began to chart out a daily study plan for every child and record his/her daily growth. It was also unheard of at that time,” says Sahyl.

He adds that slowly students of his tuition registered their success. “They became toppers in their schools. They qualified for entrance exams of various universities. The news of their success sdpread out of Deepa Serai,” says Sahyl.

As his tuition centre became popular and profitable, Sahyl decided to quit his job. “It was a tough decision to make as we all dream of a secure government job and fixed earning. But, my passion was for education, and, so, after consulting family and friends, I bid bye to my government job,” says Sahyl. 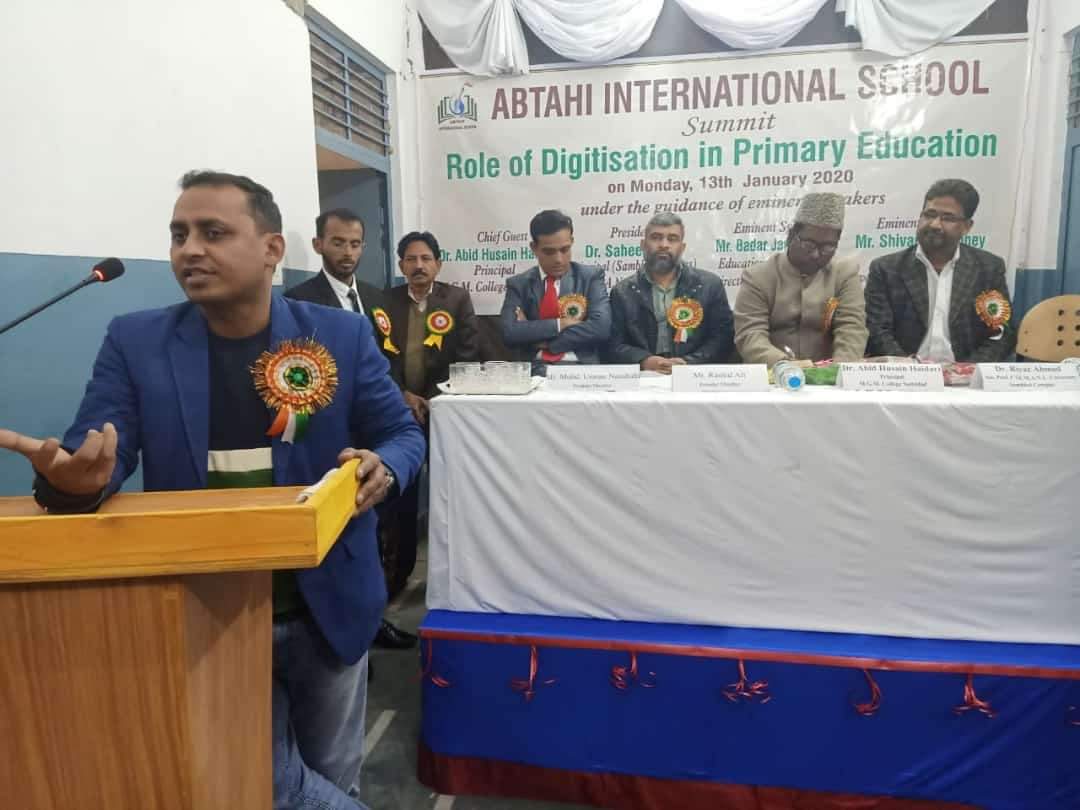 Sahyl speaking as a guest at a function

Sahyl says his center came into limelight when its students earned scholarships and admission in foreign universities and began to regularly qualify entrance tests of JMI, AMU and other institutions. “SSP became the most talked about name in coaching circles of the city and nearby areas. More people showed interest in opening its branches in other parts of the city. And thus, four of its centres are currently working in Sambhal,” says Sahyl.


Three years ago, Sahyl and his friends established the Sahyl Career Academy, an initiative to counsel students for UPSC and competitive exams. “We invited teachers from Delhi, Bareilly, Aligarh, Chandausi and Badayun to guide our students. The idea was also to coach financially weaker students,” says Sahyl.

This initiative brough quick results. So far 30 of Sahylians (as students of SSP are known) joined Indian Army and state police service. Some of them qualified for the TET exams to become school teachers. 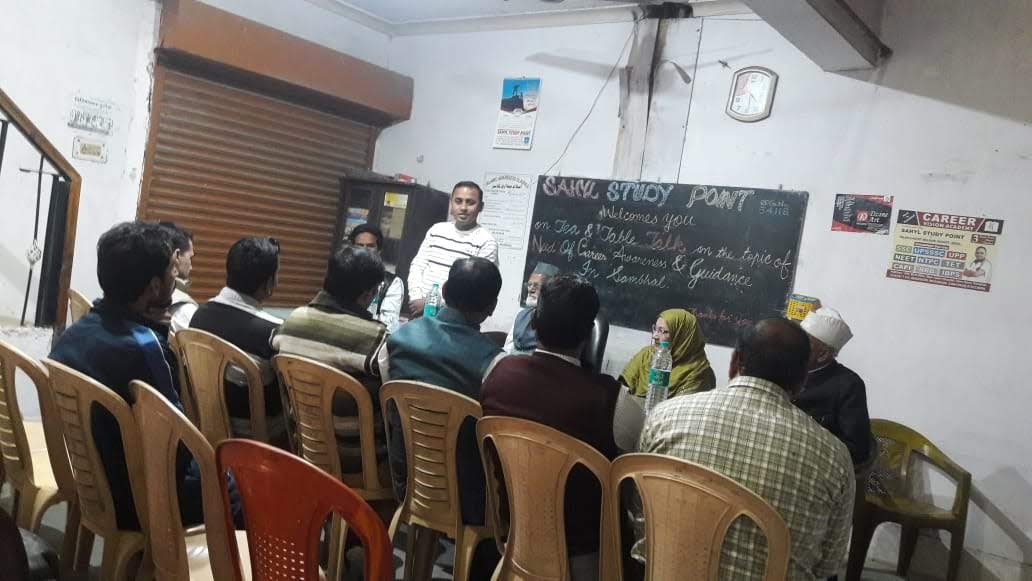 Sahyl interacting with his students

As SSP’s success resounded in Sambhal and it connected teachers and students from all communities and classes, several encouraging institutions came forward to pat its back. Sri Aurobindo Society, Kolkata, honoured SSP with its certification letter. Ehsaas Foundation also honoured SSP.

Sahyl and SSP team members are also invited by schools all across Sambhal and adjoining areas to organise motivational classes for students. Even during the pandemic period, SSP prepared an online module to coach its students and like every year, several of its students have topped their schools and many of them have made it to various Indian universities.

Locals of Deepa Sarai say that the locality has shed its media-created ‘terror-taint’ due to Sahyl Study Point and it’s now known as an education hub.