The Delhi Waqf Board has decided to work on the conservation of the historic 17th-century Jama Masjid. According to Waqf Section Officer Mahfouz Mohammad, the conservation project is currently in its initial stages. After the board's chairman Amanatullah Khan visited the mosque, a team of engineers and conservationists inspected it and have finalized its restoration plan.

Several of its smaller domes, minarets, and terraces are in urgent need of repairs. Jama Masjid's Shahi Imam Syed Ahmed Bukhari had started the repair work about a month ago. However, following objections by the conservationists, heritage enthusiasts, and people on social media, he had to stop the world.
Mohammad expressed his disappointment over the use of cement in repairing a sandstone marvel by the management of the mosque.
Delhi-based historian and writer Swapna Liddle said, “Jama Masjid is made of red sandstone. The use of white marble in its dome is its most beautiful feature. It is a shame that the monument built during the reign of (Mughal Emperor) Shah Jahan is being treated like this by his guardians. Cement will not only affect its beauty but also have a serious impact on its health in the long run.” The damaged portions of Jama Masjid
However, Mohammad backed Shahi Imam's initiative and said, "There was an urgent need for plugging seepage in some parts of the monument especially the small domes and the roof of the Jama Masjid."
“Only cement could have stopped the seepage,” Mohammad said. He said cracks have developed in slabs and stones in many parts of Jama Masjid. The chairman of the board has decided to start repairing the mosque this month.” The Waqf authorities are hopeful that even if no government agency supports the cause, funding from public institutions or the general public will be enough for the project.


Jama Masjid is India's largest mosque situated on the road in front of the Red Fort in Old Delhi.Even today thousands of people come to visit here every day. This mosque is a sample of the exquisite architectural aesthetic sense of the Mughal ruler Shah Jahan, in which 25,000 people can sit together and offer Namaz. It was built by Mughal Emperor Shah Jahan. Its construction was started in 1650 and took 16 years to complete.

It was inaugurated by the Imam of Bukhara (present-day Uzbekistan) Syed Abdul Ghafoor Shah Bukhari. Some 25,000 people can offer Namaz at Jama Masjid simultaneously
Jama Masjid was built by more than 5,000 labourers and it cost about 10 lakh rupees.
The Badshahi Masjid in Lahore, Pakistan, is also similar to the Jama Masjid. The former was constructed by Shah Jahan's son Aurangzeb.
After the first war of freedom in 1857, the British captured Jama Masjid. According to historians, the British wanted to destroy the mosque to punish the city. However, they soon realized it would generate a backlash and abandoned its destruction. 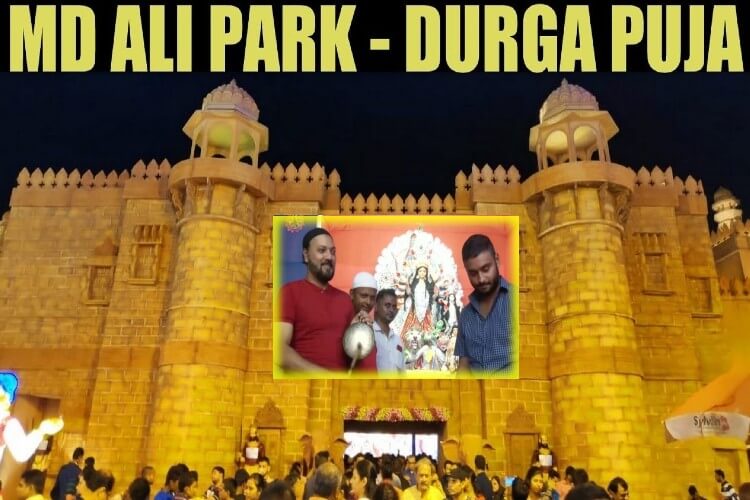