As a young person, I have seen my mother crying with pain of stomach and no doctor could help her. As a last resort, I took her to see Dr Ali Jan; we traveled from Bandipore in north Kashmir to Srinagar. The doctor made it look so simple: after a brief conversation with her, Dr Ali Jan told my mother she should never have rice for lunch and instead eat a roti. Knowing how rice is the staple of Kashmiris, she scrupulously stuck to his advice and popped an antacid gel and ate wheat roti. Her ailment remained under control all the remaining 40 years of her life.

The family of a neighbour in Bandipore who took their patriarch to Ali Jan were told to take good care of him for three months. Without biopsy or other tests – that today are mandatory and cost a bomb – he diagnosed him with advanced cancer of the stomach. The man passed away three months later.

Even 33 years after his passing away there is hardly any Kashmiri whose life has not been touched by this Hakeem Luqman. Dr Ali Jan, as he was known by his popular name believed to have perform miracles since diagnosing a disease by just looking at the face and other parts of the patients’ body and talking to him casually was no less than a miracle. His unique diagnostic skills of detecting the disease even without making patients undergo the expensive clinical tests. Dr Ali Jan’s memories are now folklores in the Valley where the consumption of per capita medicines in the country is the highest.

Dr Ali Jan was born on September 3, 1914, at Gojwara, Srinagar, in a prominent family of educations and spiritual Fazili family. He completed his MBBS degree from King Edwards Medical College, Lahore, and topped the course in 1937. The College still has the name of Ali Mohammad Fazili as a topper on its honors board. The brilliant mind that he was, Dr. Fazili passed DCH and MRCP from Edinburgh, UK, in mere nine months.

He served mostly in the rural areas of Kashmir and Jammu regions for more than 10 years before leaving to the UK for higher studies. 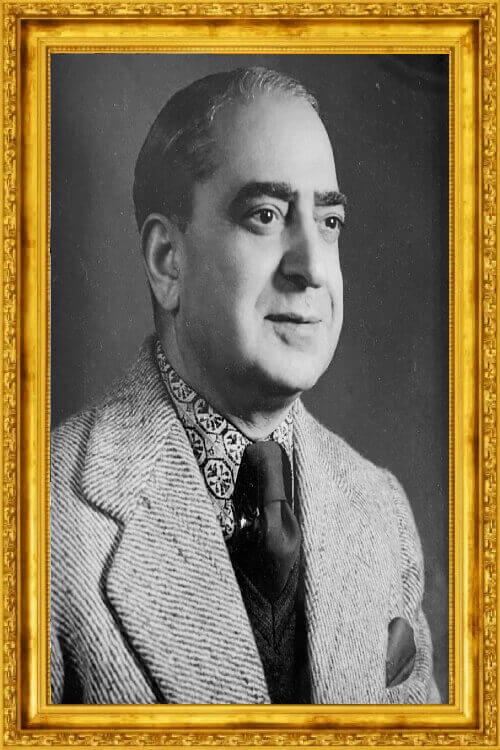 His death on October 31, 1988, plunged Kashmir into the gloom, for their healer who treated people with compassion was gone. Ali Jan set a new benchmark for the doctors and his work, and nobody matching his skills and compassion was even born again. After his return from the UK, Dr. Ali Jan joined the government. he quit it later to serve the people.

Dr Ali Jan belonged to the famous clan of Fazilis, who have a written history tracing back to their Hindu ancestor Dattaretya Ganesh Koul who converted to Islam and became Sheikh Ghazudidin. Ali Jan was the third among his eight siblings - six brothers and two sisters. Their father Ghulam Rasool Fazili was a well-known scholar of Arabic, Persian, Urdu, and the Holy Scriptures.

One of his brothers Abdul Ghani Fazili is a well-known poet. Two of his brothers A A Fazili, and Umar Jan retired as Indian Administrative Service officers. Another brother Ehsan ul Haque Fazili has retired as the Chief Engineer in the J&K government. He is the only surviving brother of Dr Ali Jan.

Dr Ali Jaan’s legacy continues as his children and grandchildren are known by his name. He had three sons and two daughters. His two sons Gowhar Ali Jan, who was in the J&K civil services, and Ali Akbar Jan, who worked for Air India and had settled in Darjeeling have passed away. Their younger brother, Dr. Ali Ahmad Fazili, whose wife is also a doctor, is settled in the Uta State of the USA. Among Dr Ali Jan’s daughters, Razia Fazili, married to one of her cousins, Khursheed Anwar Fazili lives in Srinagar, while Dr Aamina, married to the son of a senior doctor and colleague of Dr Ali Jan, is settled in New York (USA).

The house of Dr Ali Jan at Magharmal Bagh in Srinagar is today being looked after by a caretaker appointed by Ali Ahmed Fazili. The separate single-story structure that served as the clinic of Dr Ali Jan lay desolate since his second wife, Dr Tajwar’s passed away. For many Kashmiris, this house constructed by Ali Jan after his return from the UK brings back the memories of the great healer. 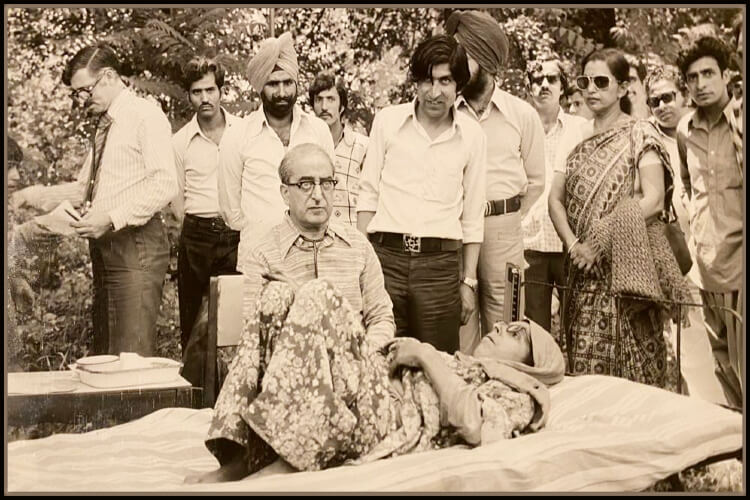 Dr Ali Jan seeing patient in a village in the open

“We were part of the family; he (Dr. Jan) always loved interactions with all of us,” recalls his youngest brother, Ehsan ul Haque Fazili. “He was deeply involved with all affairs of life,” he recalls. Dr Jan dedicated all weekdays for his patients and the remaining two days he would either be visiting tourist resorts like Pahalgam and Kokernag – where he loved fishing in rivers -or spent time reading medical journals, newspapers, literature including Mirza Ghalib, Allama Iqbal, Hali, and others.

“During weekdays, he would also keep on reading till late night after his return from the clinic,” said Ehsan ul Haque. He had a huge collection of books.

He says Dr Ali Jaan’s fame as a doctor extended over all areas of Northern India. His prescription holders lived happily by following his advice; they believe he had ‘Dast-e-Shifa” (power of treating patients).

While Dr Fazili's ancestors cured people through spiritualism, his fans attribute miracles to him.

Dr Manzoor Fazili in his book, Hassan: Kashmir Historiographer (1983), who also belonged to the Fazili clan and lived in Bandipore, says: “Dr Ali Mohammad (Jan) Fazili is not only a name but a legend, at least in the vale of Kashmir. Assuredly, he is known to every family and all people of any creed, caste, color, opinion, opponent, and friend. His fame as a doctor extends over all areas of Northern India. His prescription holders are proud of their health, which they believe to be the cause of Dr Jan’s “Dast-e-Shifa.

“His fans and others as well attribute to him many miracles of clinical diagnosis-----if his ancestors performed miracles through spiritualism, Dr Jan performs miracles through scientific methods of modern medical sciences. Beyond doubt, his clinical diagnosis superb and he has , so far, overshadowed all other doctors, at least in the valley”. Dr A Wahid, physician and former HOD Medicine, SKIMS, says, “People would say Dr Ali Jan would do miracles as he would make a diagnosis with exceptional accuracy. I don't believe in miracles as they don't happen now. How could Dr Jan make them? “


He says the reality is that Dr Jan would keep himself updated with the latest advances in medicine and apply his knowledge most scientifically. He would recognize the disease and through successful diagnosis, it would look like a miracle to a common man. Dr Jan was not only a great physician but he had achieved an enviable social stature too. He is still a household name. No doctor has received such wide fame and popularity in Kashmir so far. His professional opinion would be taken as final.” 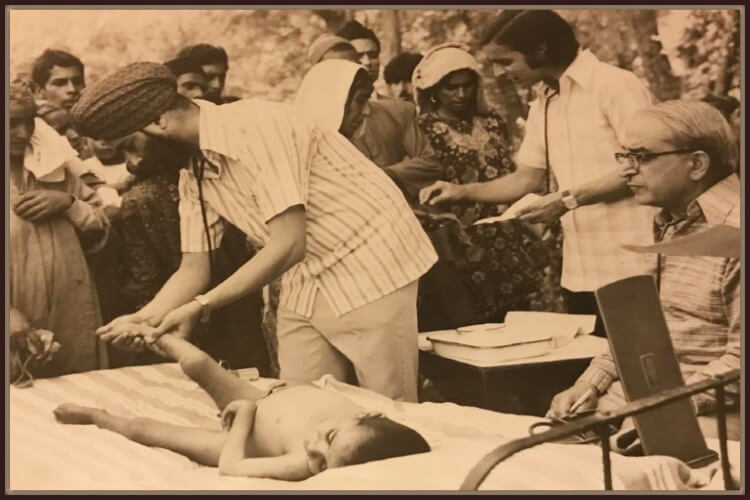 Though the Fazili dynasty of peers and seers originally belonged to Srinagar, for the past more than 400 years, one of its members, Ghulam Rasool Sheva, had shifted to Gamroo village in Bandipore, North Kashmir. The eldest of his four sons, Peer Hassan Shah, is well known as the 19th century Kashmir historiographer. “He has documented Kashmir history in Persian, in four volumes-- Geography, Political history - while two later volumes have been devoted to an account of Saints, Rishis, scholars, and poets of Medieval and modern times”, writes Manzoor Fazili in his book Hassan: Kashmir Historiographer. The historians have also credited Hassan “for bringing forth the records of those 35 lost kings which (Kalhana) had not been in a position to incorporate in his chronicle (Kalhana’s Rajatarangini).”.


The well-known Urdu poet of India, a lyricist, Nida Fazli is also believed to be from the Fazili clan of Bandipore. This had been confirmed by him in an interview from Mumbai with a Srinagar-based Urdu monthly, “Belaag”, in one of its earlier issues. The newspaper, launched in 2014 had to suspend its publications in 2016. Nida Fazli was quoted as having said that he was originally from Gamroo in Bandipore, where his father had migrated to Bhopal, somewhere in the first quarter of the 20th century. In support of his statement, he had referred to the “chronological chart” that his father had carried with him.

Later,TheTribune newspaper published from Chandigarh in a tribute to Nida Fazili after his death in February 2016, had also  mentioned that the lyricist was (originally) from Gamroo village (in Bandipora).