There is a good chance that you may not even notice the non-descript multi-story building on Old Delhi’s Asaf Ali Marg. The jaded building has Peepal trees growing from the crevices of the building’s roof; the text on the billboards has faded and doesn't catch anyone's attention.

The building stands as a metaphor for the cycle of time and the changing fortunes. This building was once a buzzing office of the famous Urdu magazine Shama. Focused on the Urdu literature and film world, Shama was so popular that people booked copies in advance. Some copies were even smuggled to Karachi for its avid readers. The magazine had achieved cult status and continues to evoke nostalgia among the Urdu knowing old-timers.

Shagufta Parveen who lives in Madhupur, a small town in Jharkhand, says she was extremely fond of Shama. “I used to face great difficulty in getting the magazine here. Often, I would buy it from the bookstalls at the railway station. I used to constantly request the local bookseller for my copy of Shama,” Shagufta who is in her late forties says.

Shagufta's version points to the popularity of Shama for three decades - 1950s to the 1980s. Shama was founded by Mohammad Yusuf Dehlvi in 1939.

Though the magazine gave Dhelvi’s a fresh recognition, the family has had a rich history. One of the most famous persons from the family was journalist-actor and fashion icon Sadia Dehlvi, who passed away a few years ago. She had said in an interview that in the 17th century, at the behest of the Mughal emperor Shah Jahan, a small group of people from West Punjab had settled in Delhi. This family had a legacy of scrumptious cuisine. In fact, what is today touted as the cuisine of Delhi has many dishes from the menu of the Dehlvi family?

Mohammad Yusuf Dehlvi had three sons who looked after the publication of Shama magazine. The eldest was Yunus Dehlvi, the middle one Idris Dehlvi and the youngest Ilyas Dehlvi. Their other publications Khilona, the children’s magazine, were so popular that this along with their flagship Shama was flown in commercial flights to London, Karachi, and New York.


The three brothers, Yunus, Ilyas, and Idris, would fly in the same plane to oversee the distribution of the magazines. Yunus was supposed to take care of the cargo send through Air India or PIA in the Karachi sector. 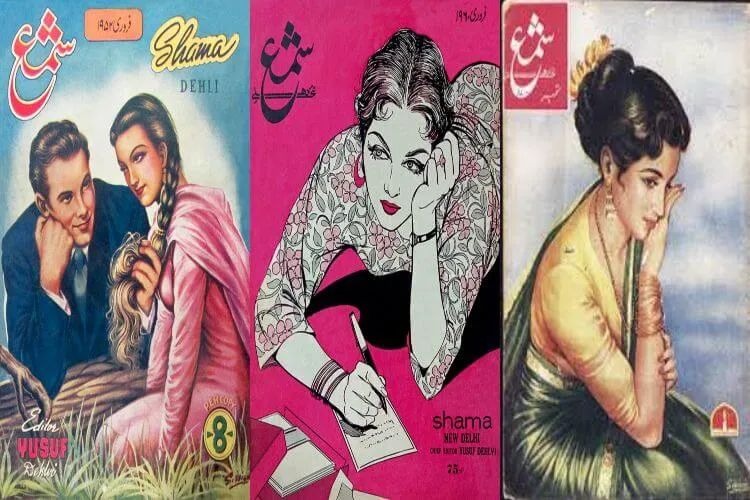 The cover of Shama

After Yusuf Dehlvi retired, the responsibility of editing Shama fell on Mohammad Yunus Dehlvi. He was the managing editor of the magazine and his wife Zeenat Kaiser also oversaw the publication’s work.

Yunus Dehlvi was a member of the Governing Council of the Audit Bureau of Circulation Limited (ABC), President of the Indian and Eastern Newspaper Society (IENS). He was the winner of many Urdu awards across the world. He received Urdu Delhi Award, Edinburgh Urdu Circle, John Gilchrist Gold Medal, Sahir Award, and many other honours.

However, Sadia Dehlvi was the most high-profile member of her family. She edited Bano, women’s magazine of her family group, authored many books on the culture of Delhi and Sufism, produced and acted in popular and highly rated Television serials like Amma and Family, in which veteran actor Zohra Sehgal played the lead.


Sadia was a cultural czarina of Delhi’s high-end social circuit. She married a Pakistani architect and lived with him in Karachi before moving back to India. Her son Arman Dehlvi also moved to Delhi with her.

It is not that the Dehlvi family is only in the business of publishing. Mohsin Dehlvi, the grandson of The Shama Group founder and son of Ilyas Dehlvi, has also formed a company named Dehlvi Naturals. It is a company engaged in the manufacturing and marketing of Unani and Ayurvedic formulations. In 1978 Mohsin Dehlvi joined his grandfather's herbal manufacturing business (established in 1926). In a short period, Dehlvi Naturals has become one of the most respected companies in India. 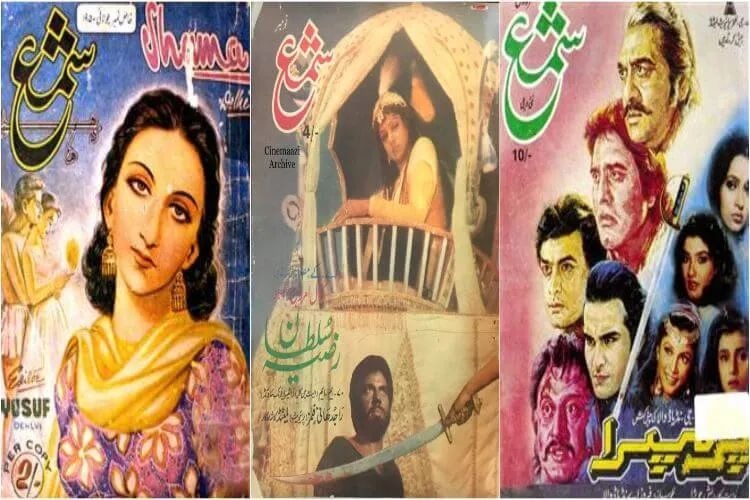 The Publications of the Dehlvi-owned Shama group

The Shama group also launched other supporting magazines like Bano, Shabistan, Khilona, Mujrim in the Urdu language, and Doshi, Aaina and Sushma in the Hindi language. However, Shama and Khilonaa became the craze among the Urdu readers; these were not only obtained from the newspaper stalls but were also sold in the black market. Another reason for the popularity of 'Shama' was its quiz, where words from Urdu novels had to fill in the blank space. The prizes to be won were worth lakhs of rupees.

However, due to the declining number of Urdu readers, Shama's publication stopped in 1999.

The Dehlvi family lived in their luxurious bungalow Shama House on Delhi's affluent Sardar Patel Marg was always brimming with perfume and aromatic foods and gleaming with the influx of stars. Every film star who came to Delhi felt proud to come to his house. However, four years after the magazine's closure in 1999, the Dehlvi family sold the bungalow as well and today it’s owned by the Bahujan Samajwadi Party supremo Mayawati.

Yunus Dehlvi kept the legacy of Shama alive and added to its grandeur. He started the publishing institute and it played an important role in the development of Urdu from 1943 to 1994. In fact, at one time it was the largest publishing institute of Urdu magazines in the world. The family members got locked in personal feuds and claims for the property, as a result, the publications lost the sheen. In a way, the business so painstakingly cultivated collapsed under the weight of the human ego. Yunus Dehlvi died on February 7, 2019.


There was a time when Shama’s print order ran into lakhs of copies; it sold even more than the so-called largest circulated newspaper of the world or for that matter the then famous The Illustrated Weekly.

Famous Urdu poets and writers of that time - like Khwaja Ahmad Abbas, Hafeez Jalandhari, Hasrat Jaipuri, Qateel Shifai, Ismat Chughtai, so scores of others became household names because of Shama.

Many old fans of Khilona still find it in the pile of old books. Though the Shama (Candle) has been out the name of the Dehlvi family for creating a niche and an exalted place for Urdu is part of the history.