Elvis Ali Hazarika
Ariful Islam/Guwahati
International swimmer Elvis Ali Hazarika is all set to swim around the Mumbai peninsula, this time to raise awareness about the sea and river pollution. With his experience of swimming 38 km from Gateway of India to Dharamtal Jetty a few months ago, Hazarika has recently announced his 168 km relay swim with two other swimmers - Ganesh Palande and Rimo Saha - in the Arabian Sea.
The relay swim will be held under the aegis of 'Indo-Arabian Gateway Swim'. The adventurous swimmers will spend about two-and-a-half days swimming continuously from March 8 to 10.
The mission of this 39-year-old Assamese swimmer is being supported by an Assam-based NGO Kreeda Bharati Assam Pradesh. His team member  Ganesh Palande is from Maharashtra, and Rimo Saha is from West Bengal. 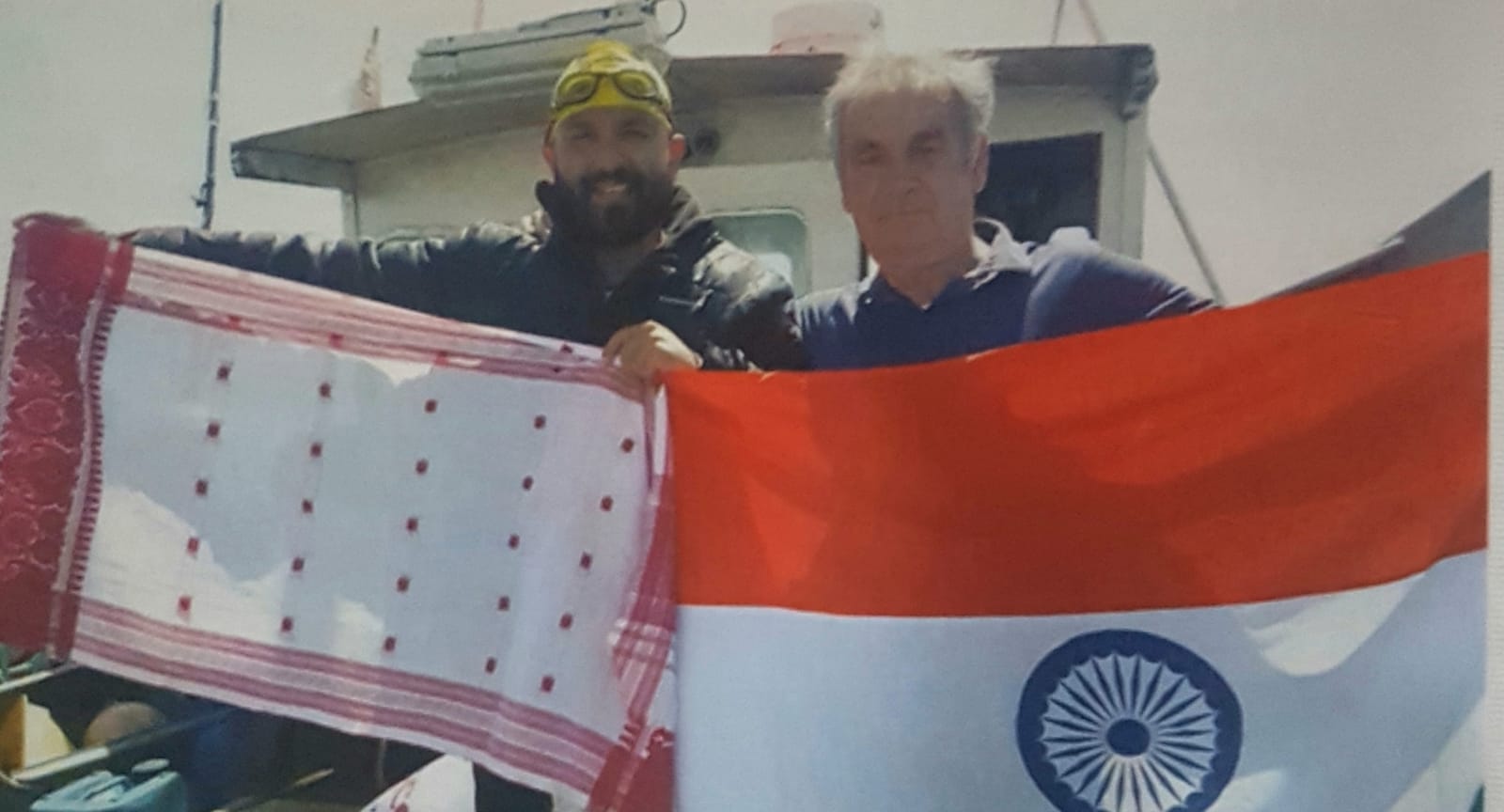 Elvis said: "Pollution in the sea and rivers causes major damage to the ecosystem, and it is caused mainly due to human irresponsibility and our anti-environment activities. We as human beings must take some steps to stop this for the sake of our future generations.
Taking this concern as a top priority, we plan to swim relay in this polluted water around Mumbai. The swim will be a 168 km circular route in the Arabian Sea starting at the Gateway of India, via Panvel Creek (the meeting point of the Ulhas, Kasardi, and Kalundre rivers) and culminate near the Mandala Hill-crossing Elephant caves.
"This will be a challenging swim; no one has made this effort before. It will be an adventurous experience at the same time, as we will encounter the unexpectedly rough and deep seas. It is quite difficult to finish such a swim due to extremely adverse conditions in both salty and freshwater.
"We are preparing mentally and physically to adapt to unforeseen situations. We are training under acclaimed Indian coaches. Jellyfish and small sharks can be harmful; we are getting training to deal with them," said Elvis.
The trio has requested all Indians to inspire them for the arduous swim. They hope to get their fete recorded in the Limca and Indian Book of Records.
Elvis was seven-year-old when he won his first medal – a silver- in the sub-junior national championship. He became the first male swimmer from Assam to win a medal at the national level. The next year, he set two new records in sub-junior nationals in Kolkata (then Calcutta). He has so far set 23 national records. Elvis has won 20 international medals and won 68 medals including six gold. 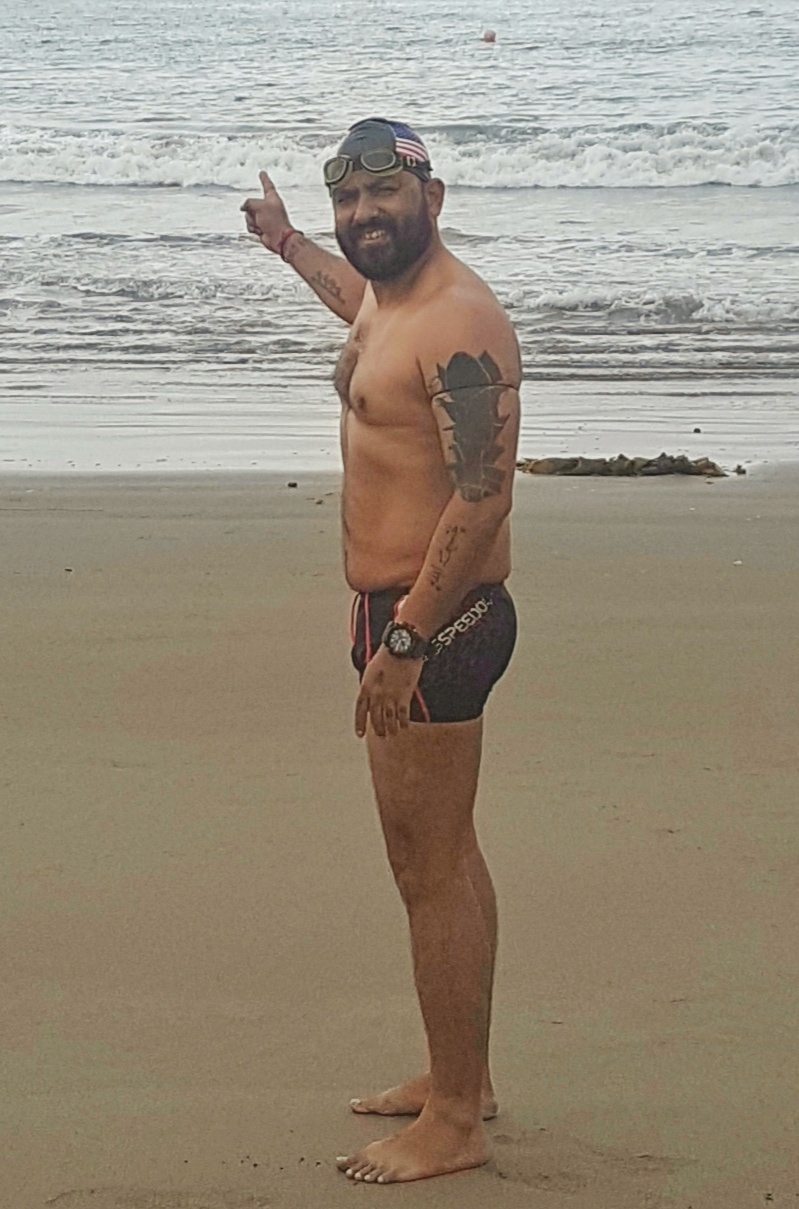 Elvis Ali Hazarika
Elvis represented India at the Madras (now Chennai) and Nepal South Asia Federation Games in 1995 and 1999. He won six medals at the Nepal SAF Games, including two gold, two silver, and two bronze.
Elvis is the first Indian men swimmer to win an international gold medal at the Asia-Pacific Swimming Championships in China in 1992. He also set a record of winning six medals, including two golds, at the 1994 Asian Swimming Championships.
His first adventure swimming attempt was to swim across the English Channel in 2018. He couldn't complete the last 11 km of the swim. However, in 2019, he became the first swimmer from the Northeast to achieve the feat by crossing the high-risk whale-shark-seal-infested Catalina Channel (USA).
Also Read: Mozamil's father sold land to fund son's passion for hockey