LeT terrorist immobilized by villagers had infiltrated into BJP One of the two lashkar-e-toiba terrorist arrested in Reasi after local villagers in a remote hilly area overpowered him and his associate on Sunday had been planted as a mole in the BJP office by his Pakistani handler with a motive to terget its leaders in the future. He had even served as head of the IT cell of the party.

This was disclosed by BJP's state Presiden Rravinder Kumar Raina to medaperson after his picture with terrorist Talib Hussain of Rajouri was criticised by the opposition. Raina who was in Hyderbabad attending the BJP national meet, said "I had been told about him by securioty agencies that he was a mole and had sent his picture clicked with BJP leaders to Pakistan," Raina said.

It was his presence of mind and cautious approach that led a barehanded villager living in a remote area of Reasi in Jammu to get the two most wanted and dreaded terrorists Lashkar-e-toiba terrorists arrested by the Police on Sunday. This is a hilly area, located some 137 km from Jammu city and 60 km from district headquarters of Reasi.
The name of the brave house owner of village Tukson dhok in Mahore tehsil of Reasi district is being kept secret to protect the family from terrorists’ ire.

A poster released by the Jammu Police announcing reward for arrest of Talib Hussain
It was in the wee hours that two Kalashnikov-wielding men had knocked at the door of the family’s house asking for food. The house owner got suspicious and yet ushered the visitors inside. He then quietly sneaked out without arousing suspicion and called up his brother And informed his neighbours.

They decided to act cautiously making sure the terrorists inside don’t get a whiff of their plans and more importantly have no chance to use their firearms. The menfolk entered the house and in a swift action overpowered the two men, tied their hands with ropes on their backs. They then took away their weapons - guns, grenades, ammunition and IEDs - and immobilized both.

In the meantime, the villagers informed the Mahore police station. Within no time, the Mahore police station officials had arrived to take charge of the two terrorists.
The villagers had no idea that they are enabling the police to arrest the two most wanted terrorists, one of whom was declared an absconder and who was in touch with his Pakistani handlers.
The duo were later identified as Syed Bashir Ahmad Dar,of Pulwama, a categorized militant, and Talib Hussain Shah of Rajouri, who was involved in four blasts at Koteranka-Budhal and was carrying a reward of Rs two lakh on his head.

The arms and ammunition recovered from arrested terrorists
As the news about the bravery of the villagers of Tukson Dhok spread, their act drew praises from all sides, Announcing an award of Rs five lakh for the villagers, Lt Governor Manoj Sinha remarked: “Such determination by common man shows the end of terrorism is not far away.”
A team of Rajouri police has also reached Reasi as Talib Hussain Shah is wanted in the frontier district for four blasts in Koteranka-Budhal and instigating youth to join militancy. His two associates involved in the blasts including Sadiq and Shabir have already been arrested by police.

“Today, villagers of Tukson Dhok showed extreme courage in apprehending two most wanted terrorists of LeT who had reached the area to take shelter after continuous pressure from the police and Army (in Rajouri district),” Additional Director General of Police, Jammu zone, Mukesh Singh said in a statement here.

DIG Udhampur-Reasi range Suleman Choudhary, lauding the bravery of the villagers, said the militants are being brought to Reasi for sustained questioning and to ascertain their involvement in different terror activities.
SSP Reasi Amit Gupta said,” There is a possibility that the militants were heading from Reasi to South Kashmir’s Kulgam district, which has borders with Mahore area of Reasi district.” 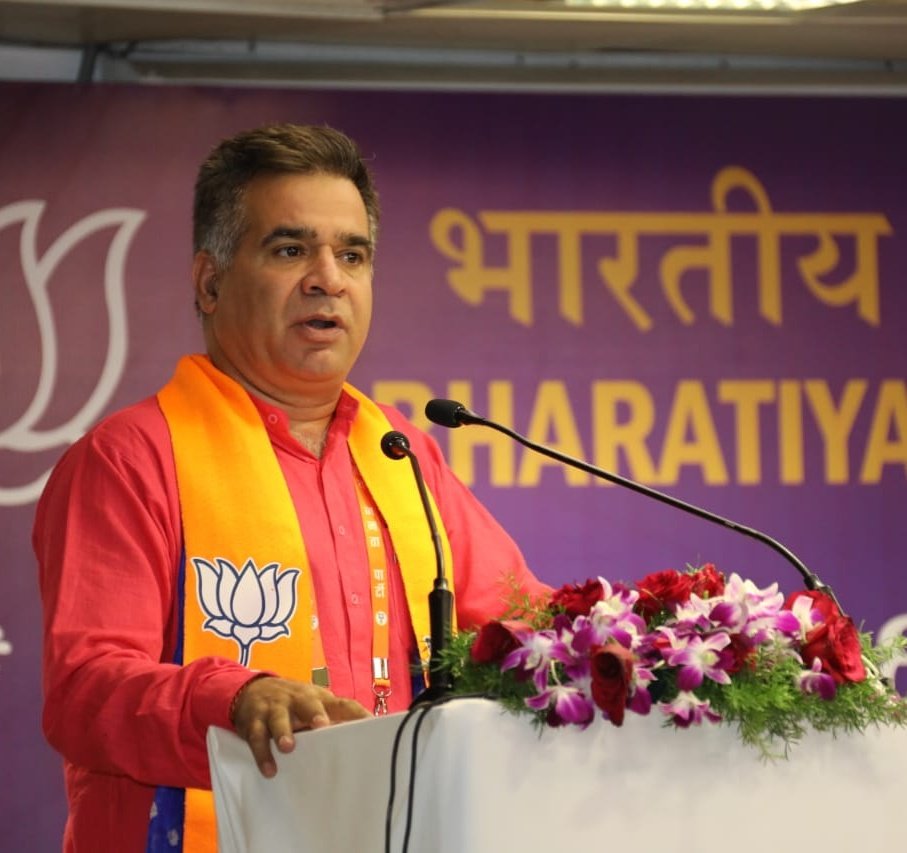 Ravinder Kumar Raina, BJP Presiodent J&K
Preliminary questioning, however, revealed that both the militants were also in touch with Pakistan’s LeT handler Salman, who was repeatedly issuing directions to them for carrying out terror acts in the border district of Rajouri and other places.
Talib had earlier worked with a news channel and headed the IT cell of the Minority Wing of the BJP.
BJP state president Ravinder Kumar Raina has alleged that Talib was a mole planted by Pakistan to target him and the BJP office in Jammu. "Talib was a “part of a conspiracy hatched from Pakistan to target him and the party headquarters.”

Raina said Talib had introduced himself as a journalist to him (Raina) and recorded his interviews several times at his party office. He said Talib had developed a close liaison with party activists and leaders after coming to the party headquarters in Jammu. He said that he had came to know from the security agencies that Talib was a mole planted by Pakistan-based terrorists to target BJP headquarters and the leadership including him.

“The arrest of the duo is a big success for the security forces as a major conspiracy of Pakistan has been thwarted. I also came to know that he had shared the pictures of the BJP headquarters with his handlers across the border,” Raina was further quoted saying.