2nd flight from Bucharest with 250 Indians lands in Delhi 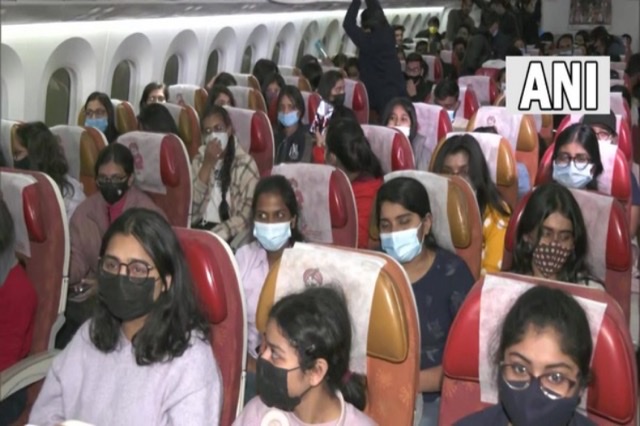 Students in the Air India flight who were evacuated from Ukraine

The second flight from Romania's Bucharest carrying 250 Indian nationals who had left the conflict zone in Ukraine landed at Delhi airport during the wee hours of Sunday as the efforts continued for the safe evacuation of Indians in the wake of Russia's military action in Ukraine.

He sought facilitation by Ukrainian authorities to expeditiously and safely evacuate Indian citizens. As the situation in Ukraine continues to be tense, more and more people are migrating to Poland.

About 100,000 people have entered Poland from Ukraine over the last several days, a media report said citing the country's Deputy Minister of Interior and Administration Pawel Szefernaker said on Saturday.