Not right to call all Muslims Jihadis while fighting terrorists: CM Sarma Assam Chief Minister Himanta Biswa Sarma has asserted that it has been proved beyond reasonable doubt that Assam is becoming a hotbed for Islamic fundamentalists. He, however, said it would be unfair to brand the entire Muslim community as ‘Jihadis.’

"I hope that the peace-loving Muslim citizens will continue to extend their cooperation to the police to uproot jihadis. I appeal to the community to keep a close watch on activities at various private madrassas. The mosque management committees in different areas particularly in rural must be very careful while appointing imams at mosques," Sarma said. 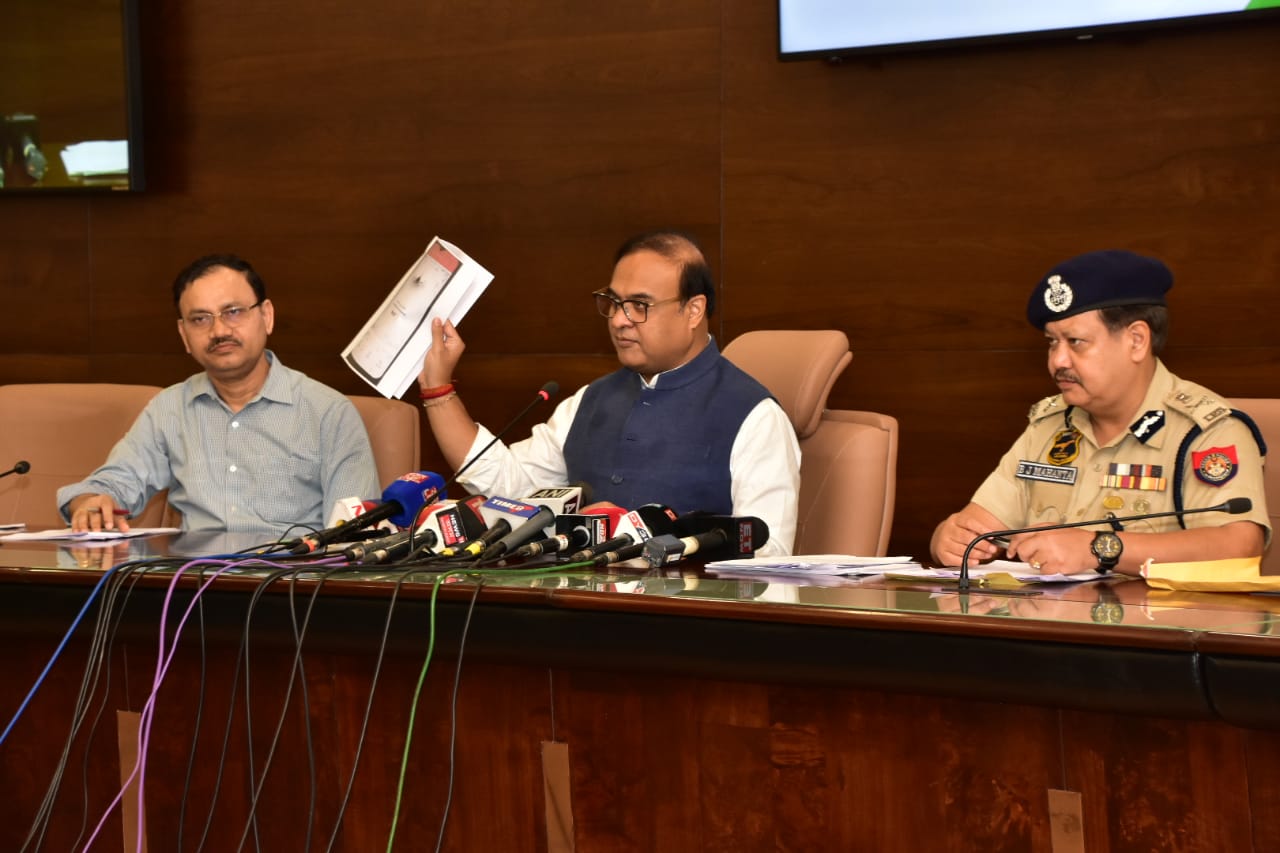 Sarma said, “In India, the liberal and secularists have created a narrative that Muslims are being victimized. All problems start from there. If people go by the statistics and Prime Minister's Sabka Saath and Sabka Vishwas, the projection would have been that the Muslims are being treated most fairly and equally under Modi’s rule.

However, due to a twist given by the ‘liberals’, the impression has been created to make Muslims look like victims. In that scenario, organizations like PFI, intensify the sense of victimhood. So, now to reap the harvest on that victimhood, terror groups like Al Qaeda in Indian Subcontinent (AQIS) and Bangladesh-based Ansarullah Bangla Team (ABT) are mushrooming on the Indian soil."

Sarma cautioned that the AQIS and ABT are targeting very talented Muslim youths. He said among those arrested recently for having links with AQIS and ABT a boy from Morigaon who has studied in Morigaon, Bhopal, Madhya Pradesh, is highly techno-savvy, PR-to-PR inscription, using apps which have never been heard before.

Responding to the recent arrests of Jihadis in several operations conducted by the Assam Police and other security agencies, Sarma said, “It has been proved beyond reasonable doubt that Assam is becoming a hotbed for Islamic fundamentalists. When you bust 5 modules and the whereabouts of the other 5 Bangladeshi nationals are still not known, then you can imagine the gravity. Al Qaeda top leader Ayman al-Zawahiri who was killed recently in Kabul had mentioned that Assam was his outfit's target list. So, the situation with Assam is a little bit worrisome. Assam is already on the radar of Al Qaeda.”