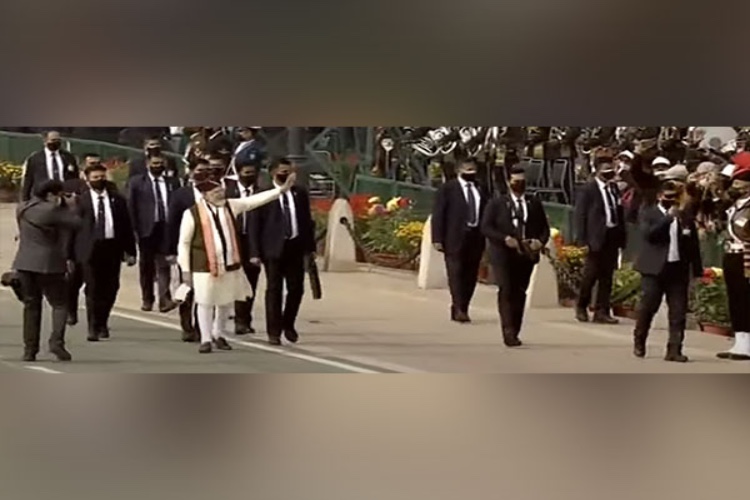 PM waves after the parade

Prime Minister Narendra Modi kept with his practice of walking down the Rajpath and greeting spectators after the conclusion of the Republic Day Parade.

Like in previous years, the Prime Minister accompanied by his security detail walked and waved to people seated on both sides of the road. The Prime Minister, encircled with his security posse, was seen waving at the crowd and greeting them with a 'Namaste'. People in the crowd waved back at him with enthusiasm.

The PM sported a unique Uttarakhand traditional cap embellished with a Brahmakamal inspired brooch and a Manipuri stole PM Modi donned in his statement kurta-churidar and traditional V-neck sleeveless jacket.

The PM was also seen petting Virat, a horse in the President's security unit, which had made appearance on Republic Day for 10 years.

The horse which presented the President its last escort at the 21 Gun Salute ceremony at Rajpath, shortly before the Republic Day parade began, retired today. Virat was awarded with Chief of the Army Staff's commendation on Army Day this year.