On October 26, 1947, Pashtun tribesmen armed to teeth and sent as a proxy by Pakistan Army had taken control of Baramulla town in north Kashmir, as Maharaja Hari Singh was undecided on joining either the Indian or the Pakistan domain in the wake of freedom from the British and division of the sub-continent.

Facing no resistance, the Pushtuns looted homes and temples, raped women – Hindu, Sikhs, and Christians (In a convent) - and killed activists of National Conference in villages and the Baramulla town located on the Jhelum. In no time the Qabiali raiders, as the people of Kashmir called invaders, were to reach Srinagar, the capital city.

At this juncture, a young Kashmiri, Maqbool Sherwani, used an idea to buy time to stop their advance. He befriended a group of the invaders who were roaming around in the streets of Baramulla and sent them in the opposite direction to Srinagar.

Sherwani was a motorcycle-borne debonair 30 plus tall and handsome activist of the National Conference. The party had rejected M A Jinnah’s two-nation theory. This meant that the Kashmiri Muslims didn’t want to go with Pakistan and preferred to be part of the secular India of Mahatma Gandhi and Jawaharlal Nehru while its ruler was toying with an idea of declaring himself an independent country.

Sherwani belonged to an industrial family; the family owned a soap factory in Baramulla.

He quickly left for Baramulla and asked his family – father, step-mother, and six siblings - to shift to a safer place; they had no idea of the scale of violence unleashed by the invaders.

Thereafter, he met the dominant group of invaders and did some pep talk to them. The unsuspecting invaders asked him for directions to reach Srinagar, where they wanted to capture the airport and cut off the capital and thwart the possibility of Maharaja receiving external military help. Having won their trust, Sherwani misled them in the opposite direction.

Now Sherwani had no time to lose. He quickly organized the National Conference activists into arranging shelter and support for the Hindus and Sikhs fleeing the violence unleashed by the Pakistani tribesmen.

In general, people of Kashmir have scary memories of Kabiali raid, that, as per the accounts of many Pakistani Army officers like Major General Agha Humayun Khan, was Pakistan's first experiment in the use of non-state actors to further its interest and annex territories.

Pakistan’s strategy continues even today as Kashmir was embroiled in terrorism sponsored by Islamabad for three decades.

Sherwani’s trick proved crucial in saving Kashmir and from falling into the hands of Pakistani invaders. The Maharaja send in an SOS message to Delhi for Military support and also signed the instrument of Accession the same day Sherwani was doing his bit to delay the lashkars from moving to Srinagar.

The Indian Army landed in Srinagar on October 27 and ultimately routed the intruders and saved Kashmir from becoming part of Pakistan. The day is commemorated as the Infantry day in India as the country was forced to wage its first war as an independent nation.

In the meanwhile, some local supporters of the intruders informed them about the reality of Sherwani. Angry and revengeful, they came looking for the tall young man.

Sherwani was almost forgotten and his story of valour and sacrifice – barring some mention in Sheikh Mohammad Abdullah’s book Aitish-e-chinar – was not unequivocally told to the younger Kashmiri. The National Conference never commemorated Sherwani’s memory in a manner befitting his sacrifices.

The Indian Army has since refurbished Sherwani’s grave and erected a tombstone that was vandalized by the people who followed the collaborators and had picked Pakistan-given guns in 1989 to wrest Kashmir for Pakistan once again. In a bid to revive the memory of Maqbool Sherwani among his people, the Indian army has erected banners and posted them all across Baramulla and another part of Srinagar on his martyrdom day.

Sources said his two surviving brothers and their families had been threatened in the past and also abused by pro-Pakistani as traitors. They shied away from publically participating in Army’s functions to honour their uncle’s memory.

One of them told Awaz the voice on condition of anonymity that, “I have a deep desire to see my uncle getting his due recognition. “His grave has been protected well. Some of the honour has been restored but in Kashmir, we are still afraid of coming openly to claim his legacy,” a member of the Sherwani family said.

Sherwani's two surviving brothers are quite old. However, a lot of his nieces and nephews who are doing well in life are so proud of their Uncle and hope one day his contribution to saving Kashmiris will become folklore.

In no time, with the help of their supporters, they had hunted him down. The Pushtuns pumped 14 bullets in his body and tied it on an electric pole. The killing terrified people who dare not touch his listless body.

The body was removed from the pole by Sherwani’s eldee sister and she buried him all by herself. The woman died a few years ago.

Sherwani was thus a hero whose timely intervention saved Kashmir and who didn’t get his due place in the history of Kashmir. Though his story was adapted in Novels by writers like Mulk Raj Anand and in TV serials and he was given the title of the Lion of baramulla by the Indian army, the local eulogising was scanty and sporadic PM lauds Murmu's candidature, says it stands over and above any politics 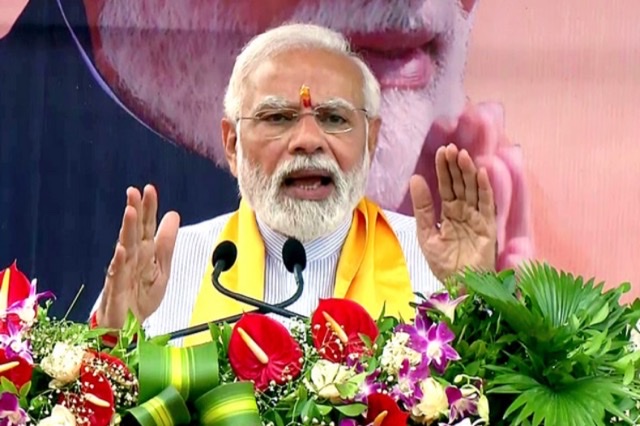