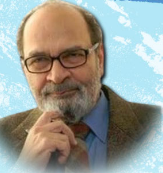 It is possible that 200 years of colonial experience has conditioned us to be that much more receptive to the aura of British Royalty. But the British experience may not be the only reason for our being so ensnared. Our much longer experience with the feudal order may have something to do with it – Kings, Maharajas, Maharanis, Rajas, and Nawabs who, for two centuries, paid respect to the Queen’s ancestors. The Queen, in other words, supersedes a hierarchy we have been in the thrall of for as long as we can look back in time.

In the sheer rush of things, an Indian uniqueness is often lost sight of. We are the only people held in a vice-like grip of a triple hierarchy – the feudal elite, Macaulay’s elite, and the caste elite. In some cases, two of the above get amalgamated. The first Prime Minister of India, Jawaharlal Nehru combined both, part of Macaulay’s elite as well as being a Kashmiri Pandit.

Schooling at Harrow and Cambridge did impart to Nehru a touch of being a Brown Sahib, his Aryan skin tone and khadi cap notwithstanding.

Bringing this narrative closer to Queen Elizabeth II, Nehru courted criticism at home by attending the Queen’s coronation in 1953. Not only did he attend the coronation, but he also waxed eloquent about it in his very first televised press conference on BBC, dressed nattily in a three-piece suit. He was much taken up by the “spectacle and the pageantry”, but what impressed him most were the “orderly London crowds” who made no fuss about the “inclement weather”.

It would be interesting whether or not Prime Minister Narendra Modi will attend King Charles III’s coronation in 2023. He is a much-evolved man from the days he donned a pin-striped suit, his full name intricately fabricated on the stripes.

His media managers will be salivating at the spectacular backdrop and just imagine – on the eve of the 2024 General Elections. Should Modi attend, he will surely be briefed that the new king is passionate about inter-faith dialogue. He has an honorary Ph.D. from Al Azhar University.

Reverting to Nehru, well, he must have evolved almost unrecognizably through various phases – post-Harrow, Cambridge, and the national movement. The extended conversation I had with Mrs. Vijaylakshmi Pandit in Dehradun when she lived with her daughter, Nayantara Saigal, gave me insights about a Nehru who is difficult to reconcile with the khadi-clad leader of the national movement, seated reverentially by the side of Mahatma Gandhi. “Bhai (Nehru) was cross with father because he had hired an English governess for me,” said Vijayalakshmi Pandit. “You see, the British aristocracy those days gave residence only to French governesses.”

Was this after Harrow in 1907 or after Trinity College Cambridge in 1910? Here was the Raj in full force, transforming India’s future Prime Minister into a cultural mimic of Britain’s highest strata. The author of the Discovery of India and Glimpses of World History wrenched himself from the more debilitating influences. Some attitudes persisted. For instance, when Doon School was established on the model of Eton, Nehru’s two grandsons Rajiv and Sanjay Gandhi were sent to the school on Nehru’s recommendation.

Even though Benjamin Disraeli, described 1857 as a “national uprising”, Nehru preferred to go along with a more sanitized version put out by the colonial administration: it was a revolt of the landed class. A revised look at 1857 confirms the view I have long held: the common Hindu-Muslim conflict with the British had the potential of forging secularism of common purpose, something we have never attempted.

During Nehru’s first press conference in London mentioned above, Kingsley Martin, editor of the New Statesman, asked him a searching question: “After what the British did to you, there is no resentment against Britain. How do you explain this?” In other words, there was no combat in the national movement, only some jousting.

There is disinterest among the Indian ruling class in pursuing this line of thinking to its logical conclusion. It is a big subject to be taken up later.

A revealing book I have perused recently is Pramod Kapoor’s diligent investigation of the Naval Mutiny of 1946 which was the trigger for the Cabinet Mission to be rushed to Delhi. The idea was to transfer power as quickly as possible either to a United or a Partitioned India. This acceleration to independence was conditioned by a singular British fear: the leadership of the Congress and the Muslim League which the British were comfortable with may be losing ground to communists and other leftist groups.

The political leadership of the Naval Mutiny which had spread like fire to all the ports and naval facilities in British India consisted of S.A. Dange, later Secretary General of the CPI, and Aruna Asaf Ali, on the leftist fringe of the Congress. This variety of politicians was anathema to Gandhi and Sardar Patel who, for this reason, were even more opposed to the mutineers than the British were.

The most memorable encounter with the aftermath of the Raj was in the Madras Club where the first Indian, a Mister Kothari was allowed entry only in 1963 and where Deepawali was celebrated annually as Guy Fawkes Day until 1982.

The story of Prince Charles’ historic lunch at the Madras Club may be useful for Royalty watchers.

ALSO READ: The Afghan riddle, wrapped in a mystery inside an enigma

An announcement that the Prince would join club members was followed by a stern notice that all members would be required to wear suits for the occasion, a tough call in Madras’ muggy summers. It was a painful sight watching member drenched with sweat which had formed maps of perspiration on the collars. The excitement was electric when the Prince’s cavalcade rolled in. Then the shock at the sight of the Prince alighting from his car dressed in a safari suit, in total violation of club rules that day. The committee went into a huddle on their feet like a rugby scrum and took a timely decision. The dress code for the day stood canceled.