From the disappointment of not making it to the Indian team despite being called for two national camps, to donning the India jersey, Mohamed Raheel Mouseen travelled eight years trying to impress the national selectors and chief coach of the Indian Hockey team, Graham Reid.

25-year-old Raheel, finally made his India debut against New Zealand in the FIH Pro League Hockey Championship in Bhubaneswar in October.

“It was a wonderful feeling to be wearing the India jersey. Dream come true. I played Hockey only to play for the country,” says an excited Raheel.

As providence would have it, he played his first match for the country in the same stadium where he had come as a teenager to watch an India-Pakistan match.

Way back in 2014, Raheel was among the few trainees of Sports Authority of India Sports School, Bangalore who came to the Kalinga stadium to cheer for the Indian team in a Champions Trophy match against Pakistan. 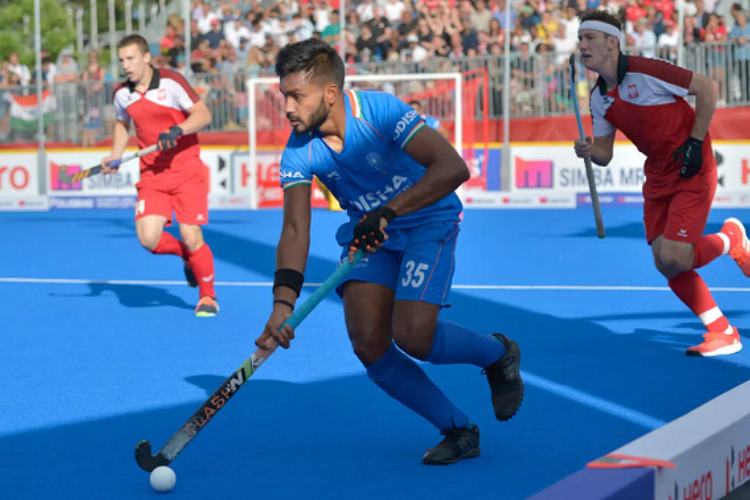 "I played hockey only to play for the country"

“I still remember the atmosphere was electric. I visualized myself playing on the turf with so many people watching,” he says.

The dream that was in its nascent stage, took a firmer shape that day. “The crowds, the national anthem playing, the frenzy in the stands, the pride I saw in the players…it all stitched together and I knew one day I will play for India,” adds Raheel. 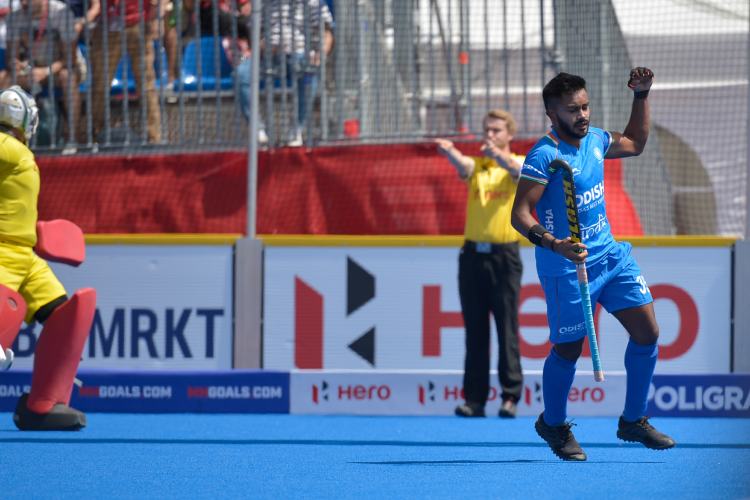 "I knew one day I will play for the country"

But he also knew it won’t be as if he will wake up the next day and someone will hand him the India jersey. “I was determined to do the extra yards to earn the India cap,” he adds.

A sports buff, who follows the English Premier League and the fortunes of the Royal Challengers Bangalore in the Indian Premier League, Raheel comes from a family of Hockey players.

His father was a state player who played for the Hindustan Aeronautical Limited team in the local league. His elder brother was twice called for the junior national camp. All good achievements but not good enough to etch their names in the annals of Indian hockey.

“I have ensured the one missing piece is added to the family wall,” Raheel says with a smile.

He started playing Hockey at the age of five. So impressive was his growth as a player that by the age of 15 in 2012, he got selected to join the Sports Authority of India Sports School. After graduating from there he joined the Centre of Excellence.

“It was at SAI, my Hockey went on to the next level,” he says. Under the guidance of renowned coaches including former international, Jude Felix, Raheel continued to sharpen his skills as a striker in the hope of catching the attention of selectors and the senior team management. 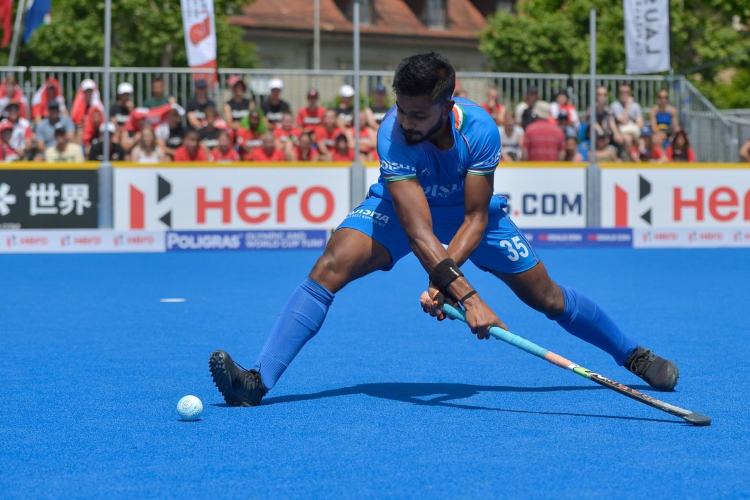 "Olympics is a definite box I want to tick"

He was called for the senior national camp in 2018, but did not impress enough to make the final cut. However, his stellar performance in the domestic circuit, earned up a call for the Hockey 5s tournament in Lussane, Switzerland in 2022. There he emerged as the top-scorer with 10 goals, and was a key to India’s title triumph in the inaugural championship.

From there, it was only a matter of time before he made it to the India team in the proper format.

His performances impressed Graham Reid and after a few months in the national camp, Raheel was called to do India duty in the FIH Pro League. He is currently in Australia where India is playing five matches in preparation for the upcoming world cup in January.

Raheel who considers former internationals from Karnataka, VS Vinay and Arjun Hallapa as his role models, wants to now ensure the opportunity that has come his way does not slip off easily.

“I am looking for longevity in the Indian team. I want to play for the country for as long as possible. Olympics is a definite box I want to tick,” he says looking at the India jersey he wore in the FIH Pro League.

And fans will be hoping he weaves the same magic on the field as a Mohammed Shahid or a Zafar Iqbal for a good time to come.