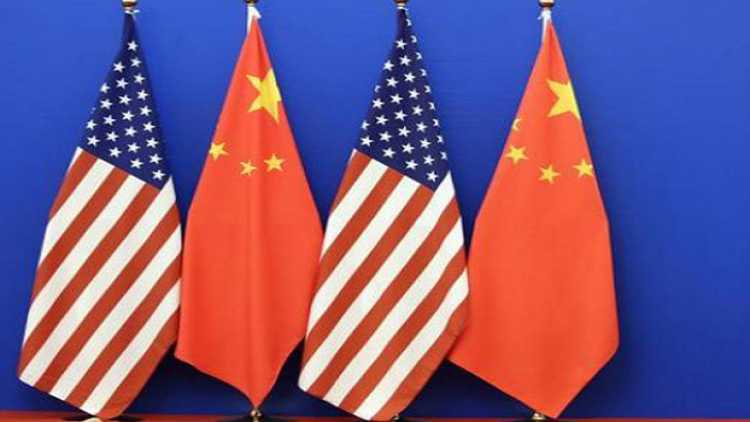 US lawmakers plan to introduce legislation next week that would put additional sanctions on Chinese officials; build closer US relations with Taiwan and place more checks on Beijing's military operations and territorial claims, among other measures intended to counter China and the threat it poses on human rights and maritime security.

According to South China Morning Post, Bob Menendez of New Jersey, the Senate Foreign Relations Committee's Democratic chairman, and Jim Risch of Idaho, its senior Republican, said on Thursday they would introduce the "Strategic Competition Act of 2021" for debate by the committee on April 14. "I am incredibly proud to announce this unprecedented bipartisan effort to mobilise all US strategic, economic, and diplomatic tools for an Indo-Pacific strategy that will allow our nation to truly confront the challenges China poses to our national and economic security," Menendez said in a statement.

The bill calls for sanctions against Chinese officials accused of "forced labour, forced sterilisation and other abuses in Xinjiang", where human rights groups cite United Nations reports and witness accounts that as many as 1 million Uyghurs and other Muslim minorities are held in "re-education camps". Beijing has repeatedly denied the allegations, insisting that the camps are vocational training facilities.

According to SCMP, the legislation would also earmark US$10 million "to promote democracy in Hong Kong" and require the State Department to produce a report on "the extent to which the Government of China uses the status of Hong Kong to circumvent the laws and protections of the United States".

"(The bill) Focuses on countering and confronting China's predatory international economic behaviour, and includes measures to track intellectual property violators, Chinese government subsidies, monitor Chinese use of Hong Kong to circumvent U.S. export controls, and track the presence of Chinese companies in U.S. capital markets. Directs the United States to provide technical assistance to countries working to counter foreign corrupt practices, and debt relief to the poorest countries who have requested forbearance due to the COVID-19 pandemic," a statement from the US Senate Committee on Foreign Relations read.

The bill also "Calls for enhanced coordination and cooperation with allies on arms control in the face of China's military modernization and expansion, and requires reporting on Chinese ballistic, hypersonic glide, and cruise missiles, conventional forces, nuclear, space, cyberspace and other strategic domains."

If passed, the bill would void all restrictions on US officials' interaction with Taiwanese counterparts. The legislation calls for additional efforts to strengthen military ties with allies and partners in the Indo-Pacific region.

Another clause would limit assistance to countries that host Chinese military installations, saying that Beijing uses its Belt and Road Initiative to expand its military reach.

The bill would mandate forcing Beijing to honour a 2016 ruling by an international tribunal that artificial islands China had built near the Philippine coastline, including at Mischief Reef, violated Manila's sovereign rights.

Asked about the bipartisan legislation, State Department spokesman Ned Price declined to comment specifically on the Menendez-Risch bill, but added: "We have spoken of competition with China as a defining challenge for this administration, that we will enjoy the greatest amount of success when we work hand in hand with Congress, and when our proposals, find support on both sides of the aisle."

"We have been heartened that there is a good deal of bipartisan agreement when it comes to how we should and could approach the government in Beijing," he said.

Under the Trump administration, ties between the two countries had deteriorated over issues such as human rights violations in Xinjiang, encroachment on the special status of Hong Kong, accusations of unfair trade practices by Beijing, lack of transparency concerning the pandemic and China's military aggression in various parts of the world.