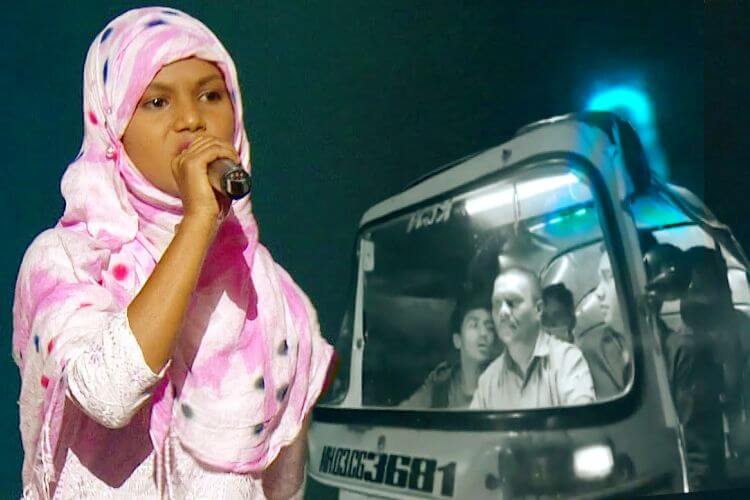 The story of the Bollywood film Gully Boy seems to be playing out in real-life on the Indian Television reality show Hunnabaaz with a Mumbai girl Sania Mistry singing her rap song to make judges stand up and give her a standing ovation.

People from all over the country and especially from small places of India are showing their skills in this popular TV show 'Hunarbaaz: Desh Ki Shaan' on Colors TV and that has overtaken many other popular shows on the television TRP charts.

Sania, the daughter of an autorickshaw driver, recently impressed the judges with her rap song that has earned her the sobriquet of 'Gully Girl' on social media. Sania, who will show her talent in one of the upcoming episodes of the show, has become the poster girl of the programme.

For the promotion campaign of the show, Colors has shared the video in which Sania is seen performing. The caption of the clip reads: "Sania has come up with the dream of making a name with her skills. Are you excited to see this great performance? See the glory of the talented country every Saturday-Sunday at 9 pm on Colors."

Going through her social media accounts, one can make out that her songs reflect the hardships of her life, and yet she never betrays any bitterness. Her mother works as a domestic help to support the family. Sania doesn’t even own a phone and uses her mother's phone to upload her songs on Instagram and other social media platforms.

However, nothing could stop this 15-year old girl from unleashing her creative streak by becoming a rapper.

When Sania Mistry started raping, veteran Bollywood actor and one of the Judges of the show Mithan Chakraborty was impressed. Mithun praised Sania and said that her lyrics have touched his heart. Sania turned emotional on Mithan’s compliments and then explains, in the promo, that she belongs to Basti district of Uttar Pradesh. Due to the poor financial condition of her family, she has started writing rap.

Rap is becoming a popular form of songwriting and singing, especially after the huge success of Ranvis Singh and Aliya Bhat starred Gully Boy. Sania’s rise is also appreciable as there are several top male rappers like Badshah, Honey Singh, Raftaar, etc but not many women are on the scene.

Sania Mistry is an 11th grader. Her parents do not have enough money to buy a mobile phone for their daughter. Her family is going through extreme financial difficulties, but in the midst of all this, rapping has become a stress buster for Sania.

Sania’s rap songs are about the conditions around her, the struggles of the life of common people, something that the hero of Gully Boy did. 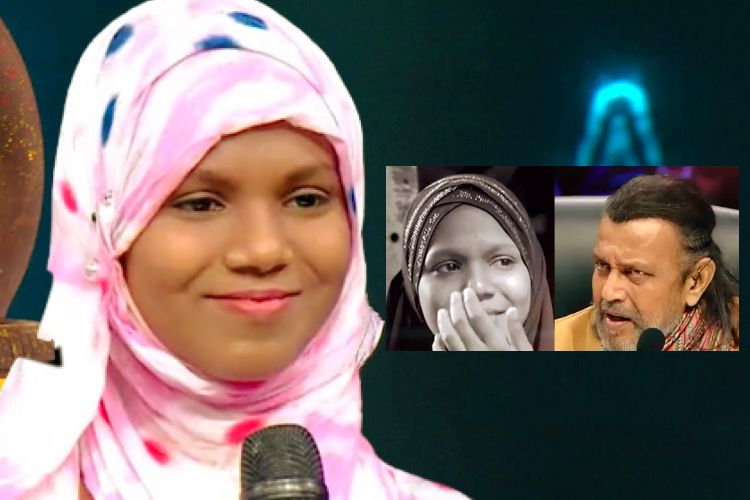 “My dreams are big," she said in an interview. “I hope that God will one day fulfill everyone's dreams.”

"I had to explain to everyone how to make rap," he said. However, I also liked listening to my mother. Initially, I used to be ashamed that being a girl I am writing and singing rap songs. Gradually, I started getting everyone’s support and felt good about myself.”

Her friend Nasreen Ansari said that Sania's mother was very happy to hear her daughter’s rap songs. However, in the beginning, when Sania would go to the stage to perform, the uncharitable comments of some boys made her uneasy.

However, the moment she started singing, a hushed silence would fall on the audience and they will be in complete awe of her.

As it happens, rappers throw a challenge and anyone accepting it has to sing a rap. Sania has gone through these rounds with grace.

Sania Mistry has about 1200 followers on Instagram, while she has more than 3500 followers on her YouTube channel. She shared her videos on social media.