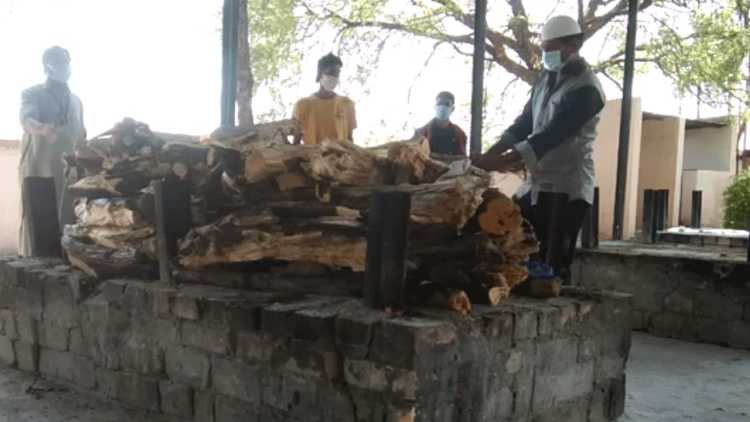 Saddam and Danish during a cremation

In the ongoing Covid crisis, many good Samaritans have risen above come forwards to mitigate the sufferings of fellow humans in one way or the other, least caring about their own safety.

While in some cities organized groups of volunteers are helping others, many kind-hearted individuals are also making personal efforts to cremate the bodies of Corona victims who are left by their families because they are scared of contracting the disease if they do so.

Saddam and Danish of Bhopal have so far cremated more than 60 bodies. At times, it happens that there are too many bodies to be cremated that the duo has to break their fast during the ongoing month of Ramazan at the cremation ground.

While observing the  roza, the dawn to dusk fast of Muslims during the ongoing month of Ramazan, they visit various hospitals and cemeteries and pick the bodies that are either not claimed by families or have no family.

Another heartwarming story of the human spirit triumphing over the tragedy of COVID comes from  Vidisha, Madhya Pradesh. A woman had passed away due to Covid in her home at Gandhi Road. Her daughter was under home quarantine due to being Covid positive. Neighbors too refused to take the body for cremation.

At that time, local Muslims arrived on the scene and offered to cremate the body. However, the local police refused to hand over the body to them due to the COVID protocol; and for their safety. Finally, the body was handed over to Deputy Tehsildar, Ataullah Khan, who happened to be a Muslim,l for ritual cremation.

Ram Soorup, a resident of village Rahimabad, Taruna in Uttar Pradesh, had died after a short-term sickness. Although he wasn’t tested for COVID, his family and relatives were too scared to touch his body and cremate it.

Two young villagers, Naush Ali and Shamshad Ali stepped in at this stage; they washed the body wrapped it in a shroud and carried it on their shoulders to Karshamshan Ghat cremation ground, half a kilometer away. They followed the directions of the priest and performed all the last rites of the deceased.

Another similar story was shared on social media.

Bilal Jaleel shared on Twitter how Moin Masteen and his friends are doing their bit to cremate the abndoned and lonely people who died of Covid in another Maharashtra city of Aurangabad:

This is Moin Mastan and his friends in Aurangabad, Maharashtra.

Their entire group is fasting for Ramzan everyday and ensuring that they perform the last rites of every abandoned individual who has died due to covid.

Keep these men in your prayers. pic.twitter.com/ZYqXuoJMD3

There are however some people who are not ready to give up their parochial attitudes even in this crisis as it happened in Vadodara (Gujarat).

A group of young volunteers is in attendance at one of the local crematoriums to help the grieving families in performing the last rites of their dead ones who have died of COVID. As there is a long queue of corpses awaiting cremation it added to the agony of their families. The volunteers are helping them.

On seeing the Muslims among the volunteers, a local BJP leader expressed his disapproval of the presence of Muslims in the cremation of Hindus. However, he was immediately rebuked by others – mostly his colleagues from BJP.

They told him not to divide people when everyone around is in trouble. The Mayor of Vadodraand others present said they were embarrassed at his behavior.

Not to give up the said BJP leader also tried to take up the issue with the Vadodara Municipality; the authorities dismissed his protests as unwanted and baseless. Vadodara Mayor Keyur Narayandas Rokadia said everyone should work together during the pandemic. Will there be an inclusive govt in Taliban? 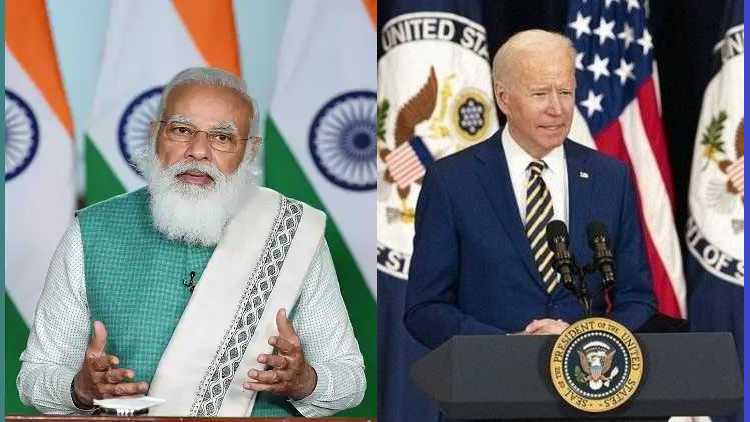