In a dimly lit corner of a Srinagar house, racing against time to finish a project for a global client is a young Kashmiri boy. Sitting in front of numerous screens, Rubaitul Azad moves his computer mouse to give finishing touches to a design that will finally make its way across the globe.

Rubaitul is a self-employed web and graphic designer, and one of the pioneers of a new trend that has caught the imagination of young professionals in the Kashmir valley.

With more than 500 clients under his belt, he is the face of gig or freelance economy in Kashmir. 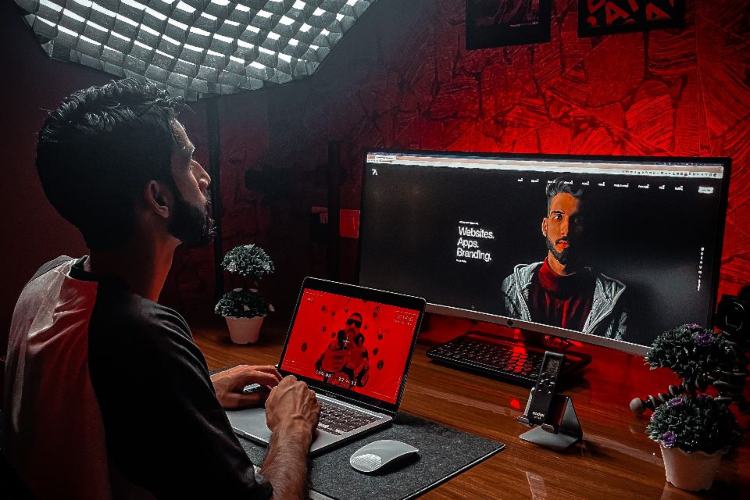 Rubaitul Azad has worked for more than 500 clients globally

This is a concept that is new to young aspiring professionals in the valley. “Earlier people here did not know what was freelancing. I, in a way pioneered this concept,” he says.

Much before terms like ‘work from home’, ‘remote work’ and ‘freelancing’ made their way into the minds of young Kashmiri workers, Rubaitul had taken his first baby steps to make a career as a freelancer.

“I started in 2012 without having a fulltime tie-up with any organisation. People gave me strange looks when I told them I am a freelancer,” he says.

After dropping out of regular school in tenth standard, he took online courses in graphic and web designing. “Gizmos more than books drew me in,” he says.

Motivated by his grandfather, he started planning to make a career as a freelancer. Himself a businessman, his grandfather hand-held him in the initial years of struggle. 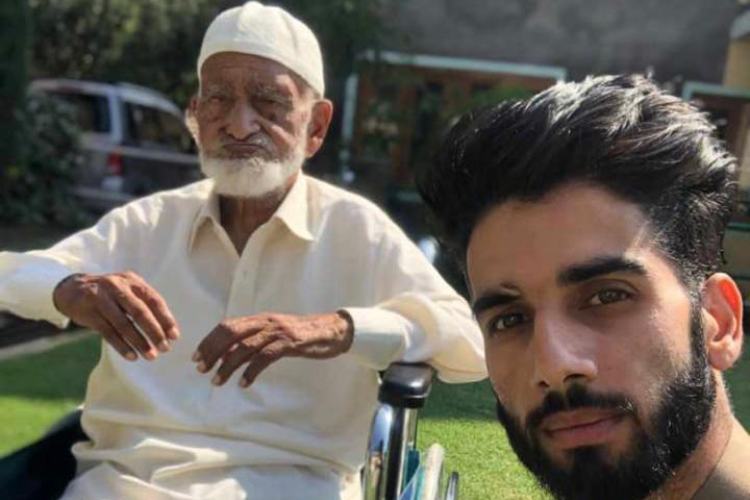 Rubaitul with his late grandfather

“My grandfather is my inspiration. I always followed in his footsteps. He taught me everything. Most importantly, he taught me to follow my inner voice,” Rabaitul says.

After approaching clients and selling them the idea that he could work for them without being their full- time employee, he gradually began to carve out a niche for himself.

“I was good in my work. Clients liked it and word spread,” he says looking back on the time when he was determined to show the way to his peers.

“There is lot of unemployment here. Young people get frustrated when they do degree courses and then struggle to get jobs. After I saw the possibilities available, I wanted to help local youngsters in the valley,” he says.

The pandemic finally turned things around. “People began to understand the idea of freelancing,” he adds.

Rubaitul made the most of companies resizing their strategies. With economies shrinking, he deep-dived into the world of freelancing and encouraged his peers to do the same. 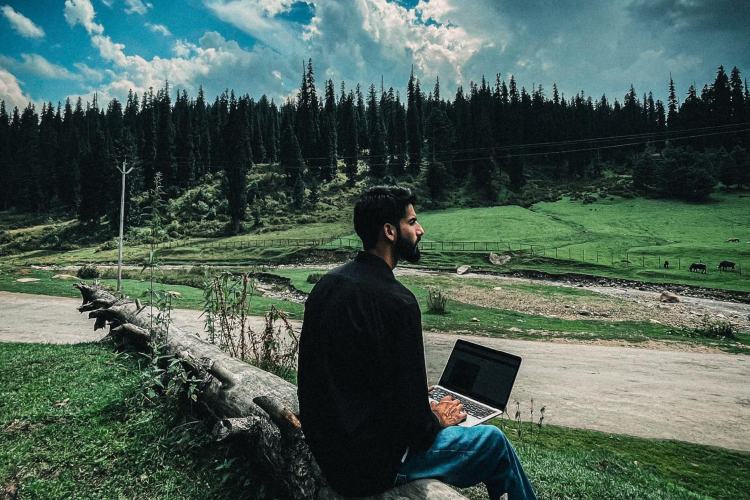 “Degrees don’t help. Explore courses. Pick up a niche and excel in it,” says Rubaitul who has trained more than 200 youngsters to become successful professionals, many of whom are doing good as freelancers.

An avid traveller, Rubailtul not only wants to become a successful professional but also help youngsters excel in a field of their choice and work on conditions they set.

“Governments can only do so much. The youth here must take their destiny into their own hands. After having successfully chosen one avenue and carved a name for me as an independent professional, I am here to hand-hold those who wish to explore new avenues,” he says before attending a client’s call.